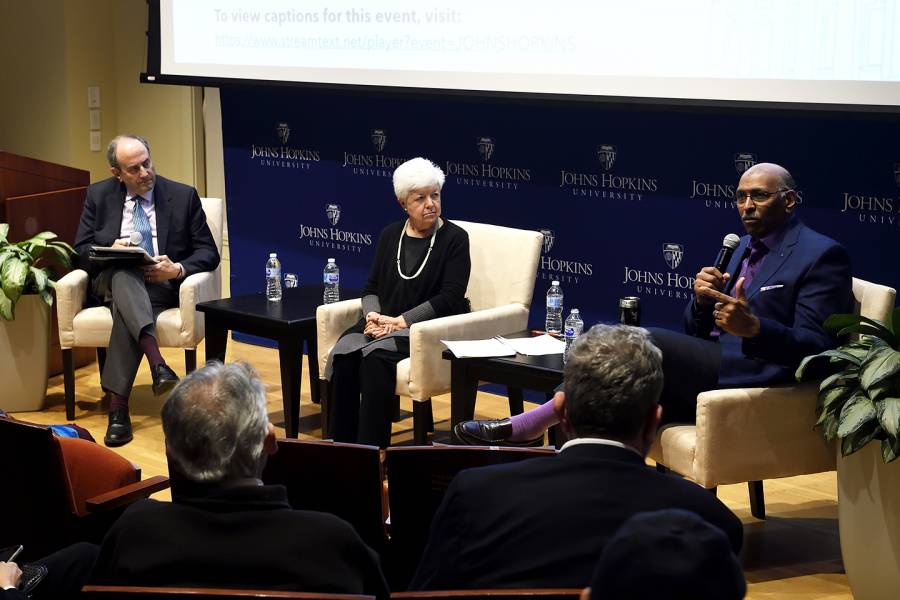 It had the potential to be a partisan throwdown: Vilma Martinez, who served as Democratic President Barack Obama's ambassador to Argentina, spoke alongside conservative political analyst Michael Steele, who once penned a book prescribing a "12-step program" to defeat Obama's agenda.

But as the two came together Thursday evening to dissect the current political climate as part of the JHU Forums on Race in America, they found areas of common ground and overlapping opinions.

Steele, a 1981Johns Hopkins University graduate, chaired the Republican National Committee from 2009 to 2011, after serving as lieutenant governor of Maryland alongside Bob Ehrlich from 2003 in 2007. He was the first African-American elected to either position. Today he's a frequent political commentator on MSNBC and other outlets.

Martinez was the first woman to represent the U.S. as ambassador to Argentina from 2009 to 2013. She previously served as president and general counsel of the Mexican-American Legal Defense and Education Fund, and as an adviser to President Bill Clinton on trade and negotiations.

Below are some of their memorable comments from their conversation, which was moderated by past Johns Hopkins Alumni Association president David Yaffe.

On the tenor of today's political discourse 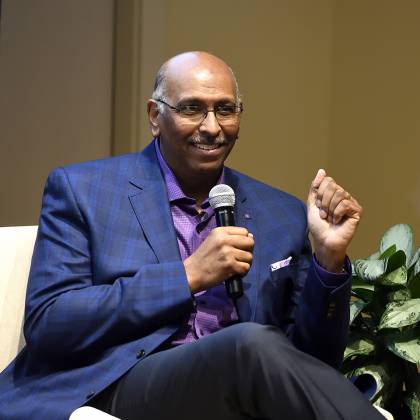 Steele said that conversations seem to start from a mindset of "I hate you because you disagree with me." In that environment, where "people feel that the idea of communication is more emotional than rational, more personal than political," he said, "you are going to find that translates itself in how your political leadership behaves."

Martinez agreed, pointing to inflammatory rhetoric from the White House: "When you think of the language we are living with today, we have a president who said that Mexicans were rapists and drug dealers, that Muslims should not come into our country, that the Democrats are anti-semitic, that the media is the enemy of the people, and that the federal bureaucracy is the deep state."

She suggested that such rhetoric creates a volatile environment, especially against the backdrop of shifting economic forces in the country.

"We also have a climate where we need to deal with the impacts of automation on our economy, the impacts of globalization ... and the absolutely changed demographics," she added. "... All of these forces are at play."

On checks and balances

Martinez extolled the importance of democratic institutions such as the courts, a free press, and free and fair elections, calling them "constitutional bulwarks to protect this vibrant, beautiful democracy that we happen to have." 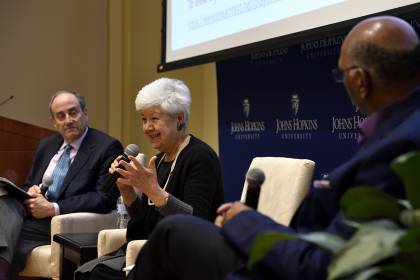 She added: "I want the judiciary to remember that it is an independent branch of government—and they do. They struck down the travel ban. They struck down those putting children in cages. ... The media is fact-checking the president, the special counsel has indicted or convicted 33 individuals for the meddling in our election. The midterm election was a massive check and balance to what is happening in the White House. So that's what you do: You stand up and speak."

Steele spoke about civil liberties, especially freedom of expression. He shared his personal sense of responsibility to speak out against wrongs and to resist toeing a political line.

"How I communicate on TV every day, when my party is out there on a limb sawing the limb off, I call it out," he said. "I just look at my Twitter feed and go, oh, yeah, I struck a nerve. But I can't let that dissuade me from striking that nerve. Because wrong is still wrong, folks. Dumb is still dumb, right? Bad ideas are still bad ideas. And so if we don't as individuals call that out, our political leadership has no incentive to do the same and to act any differently."

Martinez said that although she doesn't necessarily share views with Millennial Democrats, she sees them as "the people who will be in charge of our country." She said it's important to include them in political discourse and that both parties must adjust to include the younger demographic, because "if [we] don't step up to the plate, believe me, there will be third, fourth, fifth, sixth parties coming in and I don't know how that will work."

Steele, however, supported expanding beyond the two-party system, to allow for a fuller range of political expression in the U.S.

"When you look at the political landscape, where are the vast majority of the voters right now? Sixty percent are in that middle center-right, center-left space," he said. But any change must begin in local politics, he added. "When you elect an independent mayor, when you elect an independent city council member ... a lot of the mayors in this country have to run nonpartisan. So the seed is there."

Recalling the motivations for his 2010 book, Right Now: A 12-Step Program for Defeating the Obama Agenda, Steele said he wanted to remind conservatives of their political roots: limited government, individual rights and liberties, and free markets. His aim at the time, he said, was to compare those values with those of Obama.

The first step of any 12-step program, though, is admitting there's a problem, he said.

"We have to deal with our own mess," he said, "the internal confusion and angst over what is Republicanism, what is Conservatism post-Ronald Reagan." 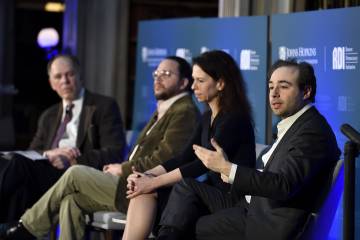 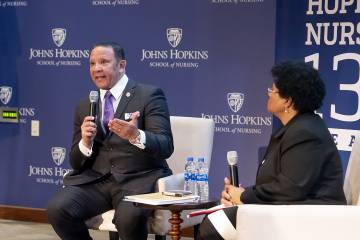 Published March 15, 2019
President of the National Urban League visits Hopkins as part of the JHU Forums on Race in America series