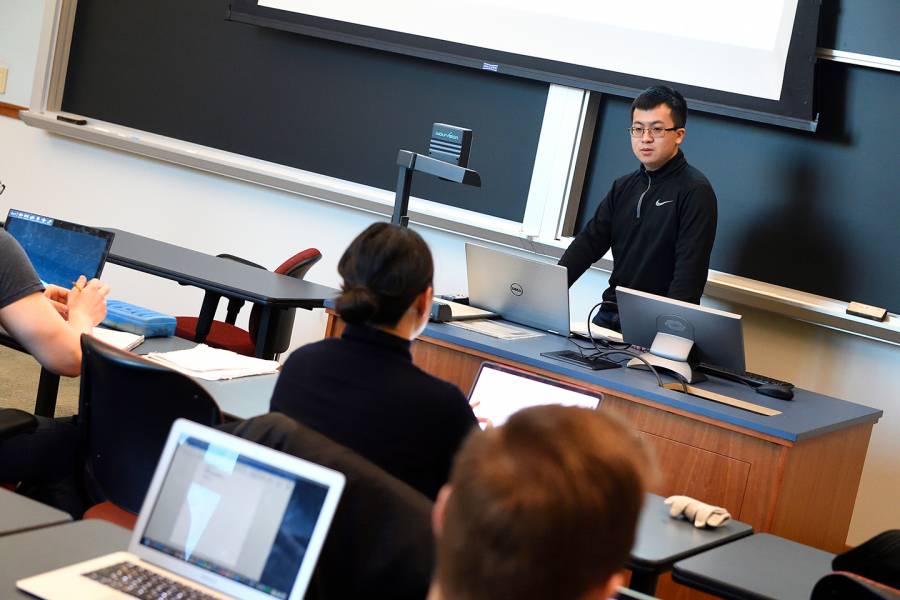 In a campus classroom last week, Johns Hopkins senior Charlie Wang shared a business mantra with a group of fellow students who, like him, are aspiring entrepreneurs: "Ideas are easy. Execution is everything."

Wang landed an engineering fellowship at the Silicon Valley powerhouse in the summer of 2017. Around that same time, he and classmate Sam Randall were also developing plans to execute their own idea: a social venture called Build. Develop. Empower. that would help formerly incarcerated people in Baltimore find employment. The team would later earn a $20,000 grant in JHU's Idea Lab Challenge and secure a partnership with Under Armour.

Instructor Joshua Reiter says he invited Wang to speak to his Intersession class, Commercializing Your Invention or Idea, to give participants an idea of what an entrepreneurial success story looks like for an undergraduate student.

"This can give students the realization that you don't have to have graduate degrees or be in business for years to develop a viable idea," said Reiter, a senior lecturer in JHU's Center for Leadership Education.

With Build. Develop. Empower., Wang said, he and his team started by identifying a glaring problem—unemployment among the formerly incarcerated in Baltimore. They came up with the concept of a three-day boot camp program featuring resume workshops, interview training, and other career skills to help get this population back to work.

"This can give students the realization that you don't have to have graduate degrees or be in business for years to develop a viable idea."
Joshua Reiter
Senior lecturer, Center for Leadership Education

There were obstacles, Wang said. His team hustled to compete with about 30 other concepts in order to win its Idea Lab funding. The social venture also faced early setbacks—"a major partner backed out, people were jumping ship," Wang said—before they cemented the partnership with Under Armour, which would help staff the bootcamp with volunteers from the company's human resources division.

Wang shared insights and experience with students in the class, which focused on the skills and processes necessary to turn the spark of an idea into an investor-ready venture. Over the course of a week, students explored business models and legal topics related to launching a business.

Guest speakers included Wang and other Hopkins alums: Ben Gibbs, founder of Ready Robotics and Ian Tolfee, CEO of TBT Pharma, among others. The course culminated in a pitch session on Friday, with students sharing their own business proposals with Kevin Carter of Johns Hopkins Tech Ventures—the university's patent, licensing, and technology commercialization arm.

Students developed ideas in health care, biotech, and wearable technology—one team came up with a device that could help athletes and others recovering from ankle injuries.

Reiter adapted the Intersession offering from a more extended half-semester course he previously taught to graduate students at CLE.

Senior Neha Onteeru said her previous experiences with CLE classes compelled her to enroll in this one.

"The professors are always very interesting, and they give you a lot of insight into real-world business problems," she said. "When I heard that CLE was offering this, I thought it would be a good opportunity to learn a little more about entrepreneurship and the resources at Hopkins." 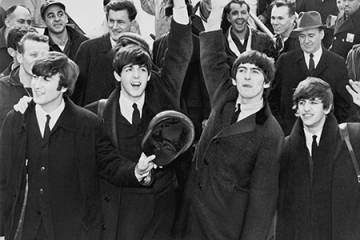 The times were a-changin'

Published Jan 10, 2019
In Dylan, Motown, and the Beatles, students examine the dynamic and tumultuous period of the 1960s through lens of popular music 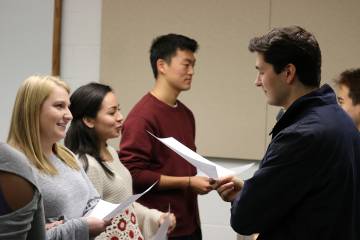 Come on, get happy