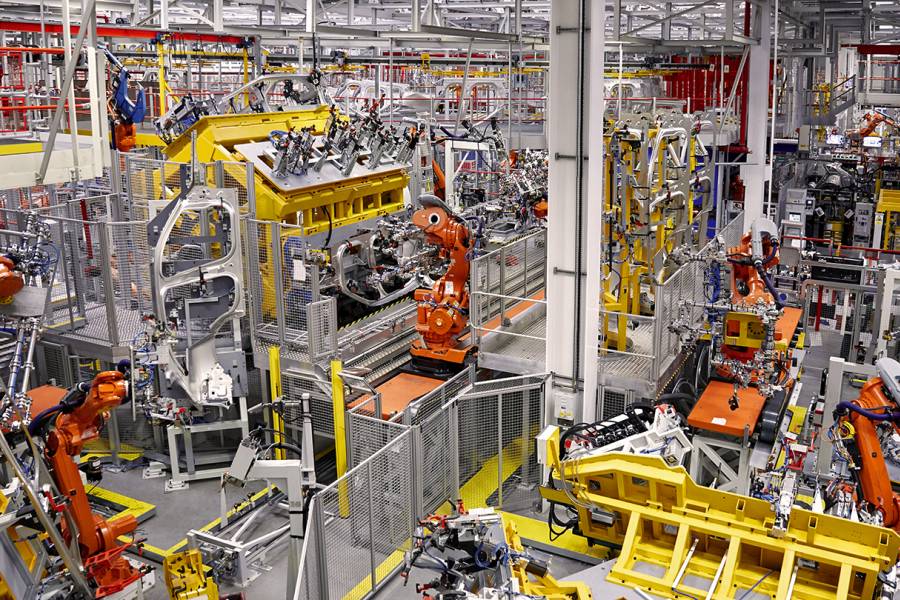 For Chinese guests at Marriott International hotels, the check-in process will soon get easier. The hotel giant announced last summer that it's developing facial recognition systems that will allow guests to check in at a kiosk in less than a minute via a quick scan of their facial features.

Half a world away, fearful of what such technological advances will mean to their future job security, thousands of Marriott workers across the United States voted this fall to authorize their union to strike. In addition to calls for higher wages and better workplace safety, they pushed for procedures to protect them from the looming impact of technological advancement. "You are not going to stop technology. The question is whether workers will be partners in its deployment or bystanders that get run over by it," the union's president told The New York Times.

"In industries where demand for a product or service will grow in response to increased productivity, the rise of AI/robotics can turn out to be a boon for the job market, stimulating consumer demand and expanding market size."
Tinglong Dai
Associate professor

Indeed, what many are calling "the Fourth Industrial Revolution" is already here, disrupting jobs and labor markets, largely because of the rise and advance of artificial intelligence and robotics. Tinglong Dai, a Carey Business School associate professor in the research track with expertise in how AI interacts with operations management, is among those experts who are optimistic about the long-term impact on workers.

"In industries where demand for a product or service will grow in response to increased productivity, the rise of AI/robotics can turn out to be a boon for the job market, stimulating consumer demand and expanding market size," he says, pointing to the success of Uber and Lyft as one obvious example. "They've created a new and larger market for taxi-like services."

While Dai acknowledges that advancing technology has killed (and will continue to kill) some types of jobs, he notes that new industries and job functions will be created and will make up for the loss of existing professions. "Part of the promise of AI/robotics has always been to liberate human beings from the '3Ds'—dirty, difficult, and dangerous jobs—so that they can focus on creative, personal, and original activities," says Dai. "I don't necessarily see AI/robotics as substituting for human skills; I see more opportunities for them to complement our strengths."

Dismissing doomsayers, Dai says he believes that issues such as widening skill gaps are short-term problems that will be righted. "I am extremely optimistic about the future," he says. "I believe in the unstoppable human desire to create a better world."

The issue, by the numbers

For its 2018 "The Future of Jobs Report," the World Economic Forum surveyed 313 chief human resources officers of large employers operating in multiple locations, representing more than 15 million employees around the globe. Over the next several years, they found, companies expect a significant shift on the frontier between humans and machines when it comes to existing work tasks. Currently, companies estimate that 71 percent of the total task hours are performed by humans and 29 percent are performed by machines. By 2022, companies predicted that humans would complete only 58 percent of total task hours and machines would complete 42 percent.

This shift will be accompanied, business leaders predict, by a need to "re-skill" the workforce. A predicted 54 percent of today's employees will require significant re- and upskilling by 2022.

In a 2017 analysis that covers 46 countries comprising almost 90 percent of global GDP, the McKinsey Global Institute found that China faces the largest number of workers needing to switch occupations—up to 100 million if automation is adopted rapidly, or 12 percent of the 2030 workforce.

A predicted 33 percent of the 2030 workforce in the U.S. and in Germany will need to learn new skills and work in new occupations; that number is nearly 50 percent in Japan.

For advanced economies, the share of the workforce that may need to learn new skills and work in new occupations is much higher, up to 33 percent of the 2030 workforce in the U.S. and Germany and nearly 50 percent in Japan. About 50 percent of the tasks that workers perform and are paid almost $15 trillion to do in the global economy could be automated through the adapting of current technology, the analysis found.

But degrees matter. More than half of the occupations requiring less than a high school diploma are susceptible to being replaced through technical automation, whereas only 22 percent of jobs that require a college degree are susceptible. The career fields most likely to increase in demand in the period of the 2022 are those based on and enhanced by technology, including:

Also expected to increase are jobs related to understanding and leveraging emerging technologies, such as:

Dai says the changing landscape of the global economy will produce opportunities for those who know where to look.

"Online streaming has not killed movie theaters, because at a fundamental level people want to go out instead of staying at home," he says. "For the same reason, the hope and desire for newness and excitement will lead people to a new world in which they have fulfilling and interesting work and lives."