The Parker Solar Probe is on course and fully operational after skimming by the sun at just 15 million miles from our star's surface earlier this week.

Mission controllers at the Johns Hopkins University Applied Physics Lab received a status beacon signal from the spacecraft at 4:46 p.m. EST on Wednesday. The beacon indicated status "A"—the best of all four possible status signals, meaning that the Parker Solar Probe is operating well with all instruments running and collecting science data. The signal also suggests that if there were any minor issues, they were resolved autonomously by the spacecraft. 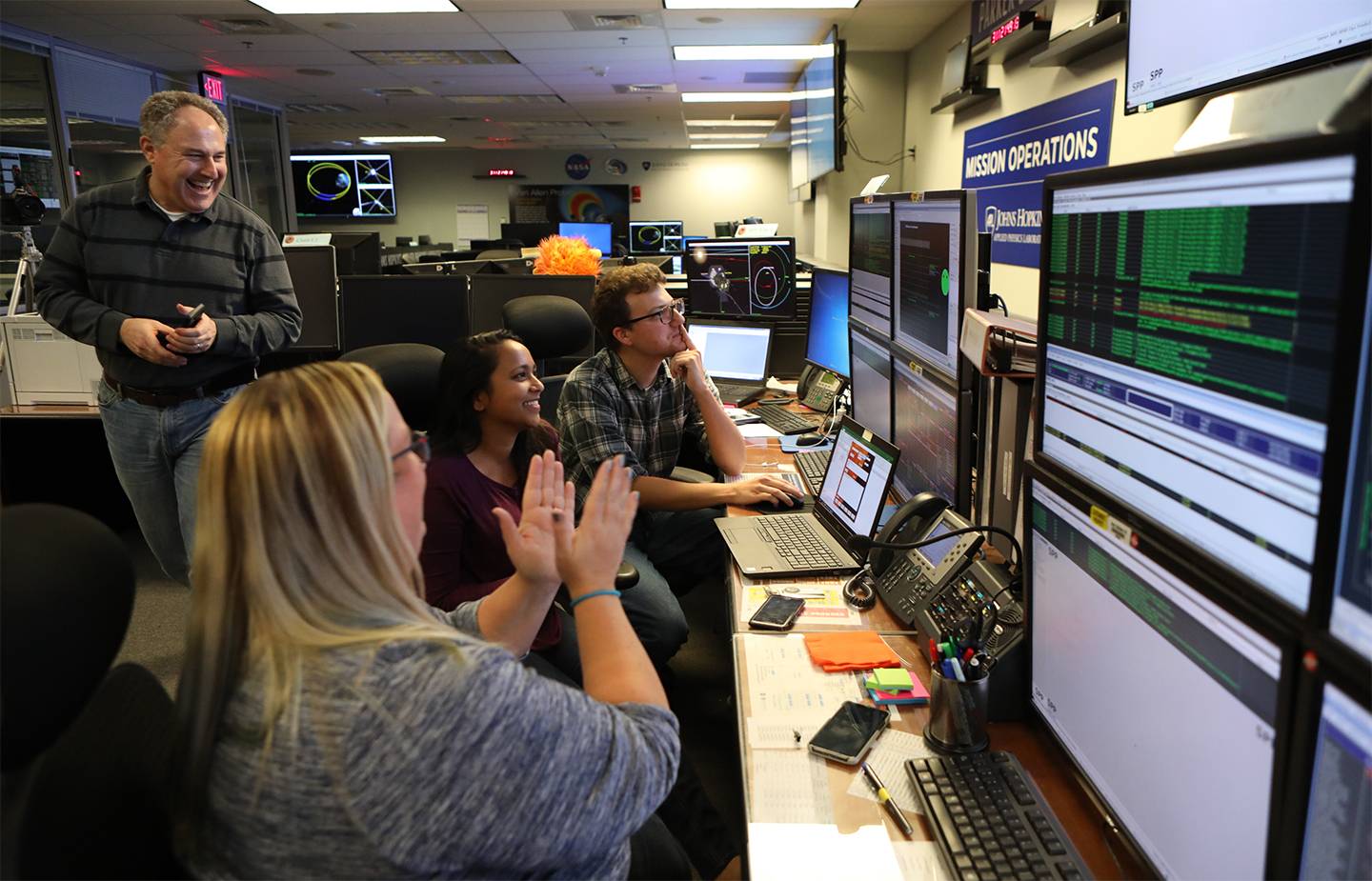 "Parker Solar Probe was designed to take care of itself and its precious payload during this close approach, with no control from us on Earth—and now we know it succeeded," said Thomas Zurbuchen, associate administrator of NASA's Science Mission Directorate at the agency headquarters in Washington. "Parker is the culmination of six decades of scientific progress. Now we have realized humanity's first close visit to our star, which will have implications not just here on Earth, but for a deeper understanding of our universe."

On Monday at 10:28 p.m., the spacecraft achieved its first perihelion, the point on its orbit when it is closest to the sun. During the perihelion and for some time afterwards, the Parker Solar Probe was completely out of contact with the mission operations team back at APL because of interference from the sun's overwhelming radio emissions.

Fifteen million miles is far closer to the sun than any spacecraft has ever gone—the previous record was set by Helios B in 1976 and broken by Parker on Oct. 29. The maneuver exposed the spacecraft to intense heat and solar radiation in a complex solar wind environment.

At this distance, the intense sunlight heated the sun-facing side of Parker Solar Probe's heat shield, called the Thermal Protection System, to about 820 degrees Fahrenheit. This temperature will climb up to 2,500 F as the spacecraft makes closer approaches to the sun in the future—but all the while, the spacecraft instruments and systems that are protected by the heat shield are generally kept in the mid 80s F.

At its closest approach, the Parker Solar Probe reached a top speed of 213,200 miles per hour, setting a new record for spacecraft speed. 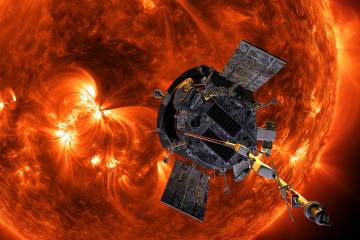 Published Nov 5, 2018 Video
Tonight, the probe will reach its first perihelion, when it will pass within 15 million miles of the sun's surface

Published Oct 31, 2018
Spacecraft shatters records as it prepares for its first solar encounter