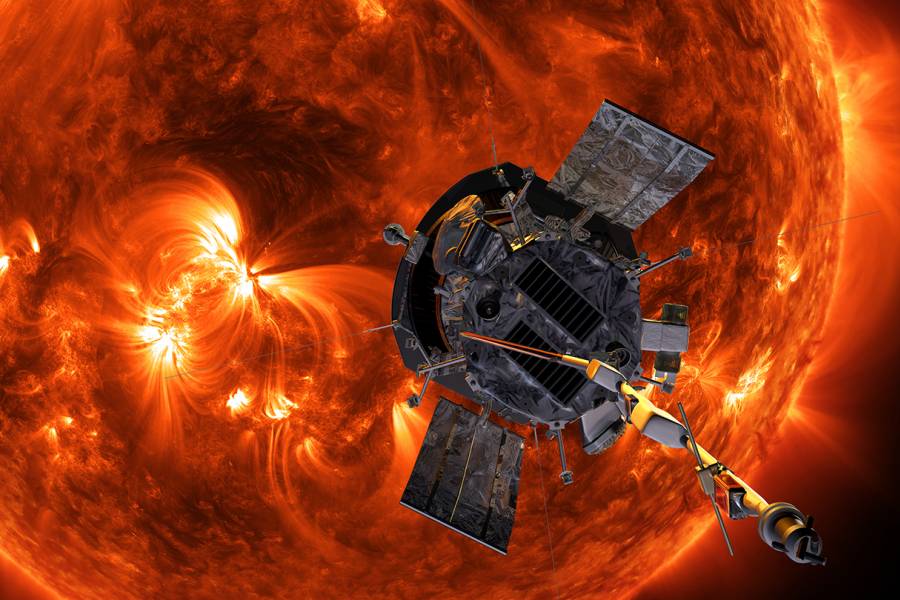 Image caption: During its seven-year mission, the Parker Solar Probe will explore some of the sun's greatest mysteries: Why is the solar wind a breeze closer to the sun but a supersonic torrent farther away? Why is the corona itself millions of degrees hotter than the surface of the sun? What are the mechanisms behind astoundingly fast-moving solar energetic particles? The mission's findings will help researchers improve their forecasts of space weather events, which have the potential to damage satellites and harm astronauts in orbit, disrupt radio communications, and at their most severe can overwhelm power grids. But how did the Parker Solar Probe's journey of more than 90 million miles begin?

The Parker Solar Probe, designed, built, and operated by the Johns Hopkins Applied Physics Laboratory, now holds two operational records for a spacecraft and will continue to set new records during its seven-year mission to the sun.

Also on Monday, Parker Solar Probe surpassed a speed of 153,454 miles per hour at 10:54 p.m., making it the fastest human-made object relative to the sun. The spacecraft will also accelerate over the course of the mission, achieving a top speed of about 430,000 miles per hour in 2024.

The previous records for closest solar approach and speed were set by the German-American Helios 2 spacecraft in April 1976.

"It's been just 78 days since Parker Solar Probe launched, and we've now come closer to our star than any other spacecraft in history," said project manager Andy Driesman of APL's Space Exploration Sector. "It's a proud moment for the team, though we remain focused on our first solar encounter, which begins [today]."

The Parker Solar Probe will begin its first solar encounter today, continuing to fly closer and closer to the sun's surface until it reaches its first perihelion—the name for the point where it is closest to the sun—at approximately 10:28 p.m. on Nov. 5, at a distance of about 15 million miles from the sun.

The spacecraft will face brutal heat and radiation while providing unprecedented, close-up observations of a star and helping us understand phenomena that have puzzled scientists for decades. These observations will add key knowledge to our understanding of the sun, where changing conditions can propagate out into the solar system, affecting Earth and other planets.