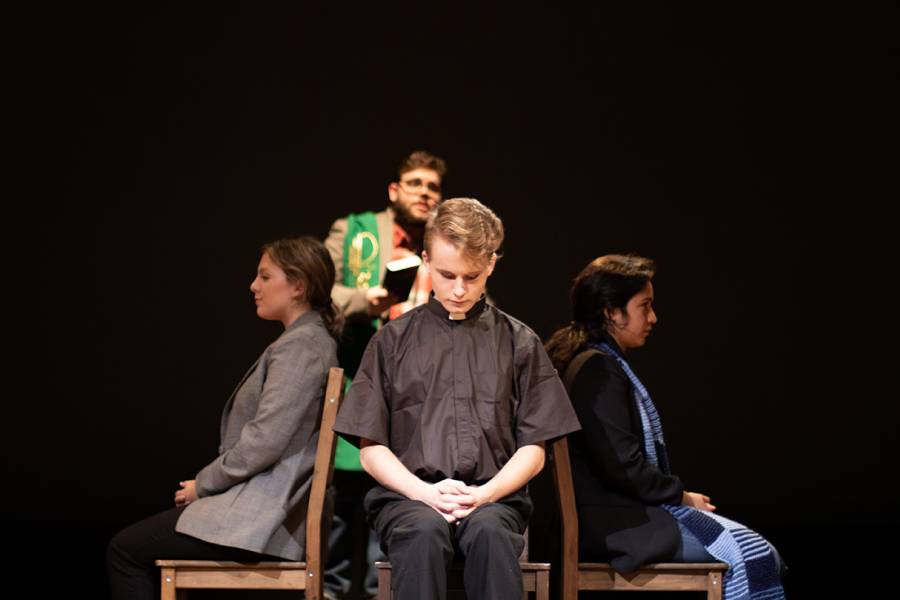 As LGBTQ History Month draws to a close, the JHU Barnstormers present the story of Matthew Shepard, whose 1998 murder became a flashpoint for the gay rights movement

Gabe Feuerstein-Mendik didn't know the story behind The Laramie Project when he auditioned for the role of Jedadiah Schultz in September. His first indication of what he could expect from the performance was the number of cast members who volunteered their emotional support during the group's first read-through.

"I'm a freshman, so this was a big introduction to just about everyone," Feuerstein-Mendik says. "I distinctly remember my castmates setting up the fact that this was the type of show where you might need emotional support, where there would be moments that would be difficult to get through."

"I think with this play, audiences have a capacity to be moved, and when people are moved, there's a capacity for change."
Noam Shapiro
Director

As LGBTQ History Month draws to a close, the JHU Barnstormers present The Laramie Project, which tells the story of the death of 21-year-old Matthew Shepard, a gay man who was brutally beaten and tied to a split-rail fence in near-freezing temperatures in Laramie, Wyoming, on Oct. 6, 1998, before dying from his injuries six days later. He had been targeted for his sexual identity, and the ensuing investigation and criminal proceedings drew attention to the lack of hate crime legislation in Wyoming and other states.

Written by Moisés Kaufman and members of the Tectonic Theater Project in 2000, The Laramie Project is a historical and cultural drama drawn from interviews conducted by the theater group in the town after Shepard's death. The play premiered in Denver in 2000 and in Laramie in 2002, and has since been performed in professional and school theaters across the country and in five countries.

The Barnstormers' production opens Friday, the same day Shepard's remains will be interred at the Washington National Cathedral, 20 years after his death.

It's an emotionally challenging play, as Feuerstein-Mendik discovered during that first read-through.

"There wasn't time to process the brutality of what happened to Matthew Shepard," he says. "We had to deal with what was coming as it came, and then we had to move on and just get through it—and I've realized that it must have been similar to what the people of Laramie had to do. The murder happened, and they didn't have time to process it." 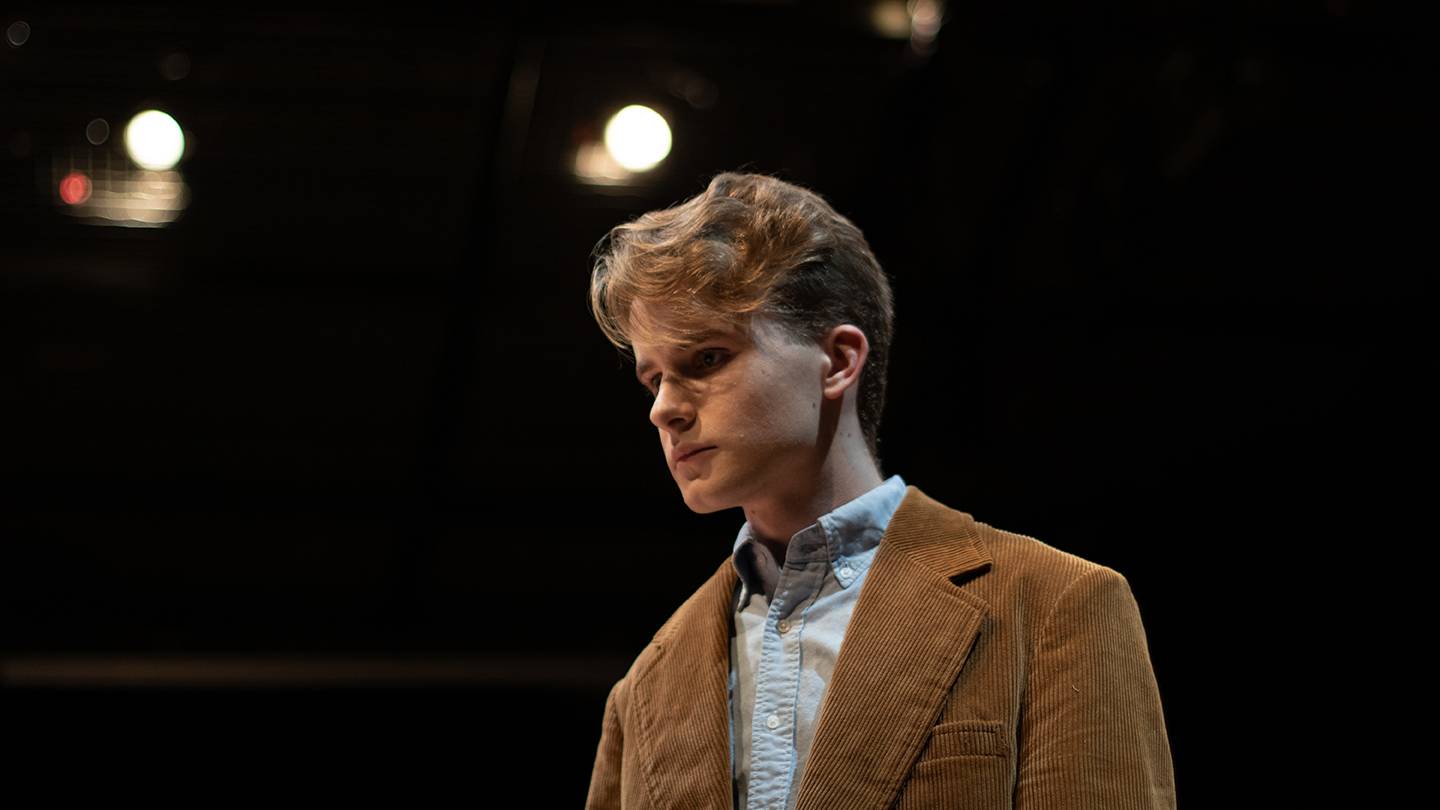 To perform The Laramie Project, the Barnstormers will portray more than 60 characters, including Shepard's parents, the emergency room physician who treated his injuries, the cyclist who discovered his body still tied to a fence in a remote field, and the two men who lured him there before torturing and abandoning him.

They'll also play characters with conflicting views of homosexuality: residents of the town who attended a candlelight vigil in Shepard's honor, as well as members of the Westboro Baptist Church who picketed his funeral.

"This play creates a space for dialog," says Noam Shapiro, the play's director. "It holds up many peoples' perspectives and it allows us to hear them and to make judgments for ourselves and hopefully be affected by their particular point of view. I think with this play, audiences have a capacity to be moved, and when people are moved, there's a capacity for change."

The one person left out of the play, it seems, is Shepard himself. Tori Lyons, a senior English major who serves as the Barnstormers' stage manager and dramaturge, says this decision makes sense for the play.

"I think it would have been difficult to include Matthew in this show," she says. "We learn so much about him from the different characters in the play, and we learn about how he touched other peoples' lives, that you sort of create the idea of Matthew in your own mind. And I think that's what happened around the world and is part of why his story has endured." 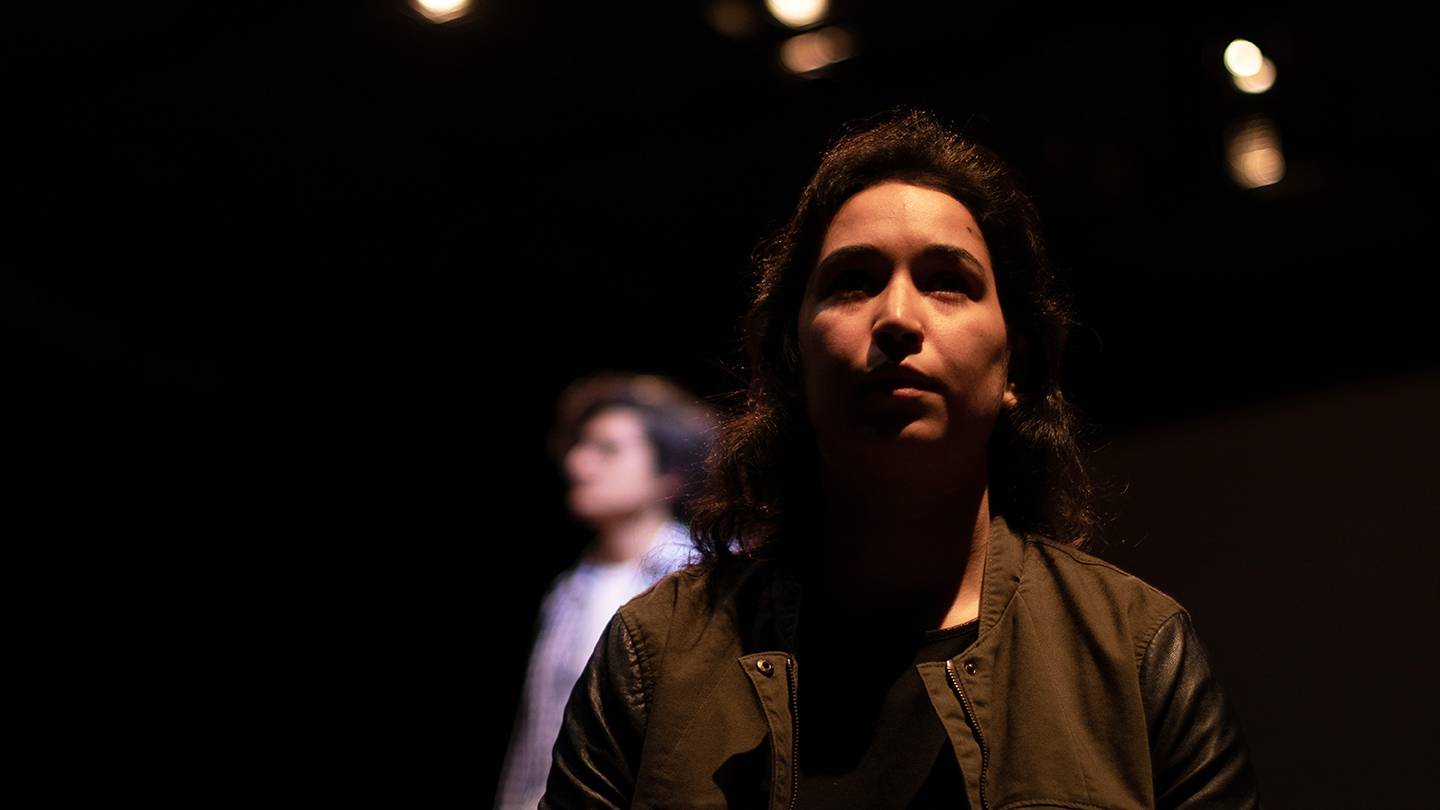 As dramaturge, Lyons helped guide the Barnstormers—many of whom had never heard of Matthew Shepard—through a close examination of the play's text and an exploration of the characters they would portray. She drew from contemporaneous newspaper articles, television interviews, and documentary footage to build a timeline of the events of the murder and the aftermath.

She also helped contextualize for the actors the cultural and social movement that grew out of Shepard's death.

"When you choose a play, I think you're always asking, 'Why do this play and why do it now?' ... [W]e found the play to be really relevant in 2018."
Tori Lyons
Barnstormers dramaturge

"We really want to drive home the fact that this is a piece of history," Lyons says. "Matthew became this symbol of love and hate, but he wasn't just a figurehead for a movement, he was an individual."

The Barnstormers selected the play to kick off their 100th anniversary season this year because they were looking for a story with significant impact. While the cast and crew developed the production over the course of the past month and a half, they included in their discussions a frank look at instances of sexual and gender-based violence and bigotry against minority groups.

"When you choose a play, I think you're always asking, 'Why do this play and why do it now?'" says Lyons. "And especially on a college campus, you're looking for lessons that the audience can take away from it. I think it made sense for us because we found the play to be really relevant in 2018."

For the performance, the Barnstormers have partnered with campus- and Baltimore-based organizations to support the LGBTQ community. A portion of proceeds will be donated to Free State Justice, a Baltimore-based legal services and advocacy group dedicated to serving Maryland's LGBTQ community. And after the matinee performance on Oct. 28, the cast will be joined by Demere Woolway, director of LGBTQ Life at Johns Hopkins, for a post-performance talk about the play's content and messages.

Woolway says she's grateful for the opportunity to partner with the Barnstormers for the discussion.

"We're looking forward to having a conversation about what has changed over the past 20 years of LGBTQ organizing, and what has stayed the same," she says. "We also appreciate the chance to honor the lives lost to hatred and intolerance of LGBTQ people."

The Barnstormers' production of The Laramie Project premieres Friday, Oct. 26, at 8 p.m. Additional information is available on the Hub calendar and tickets can be reserved online. 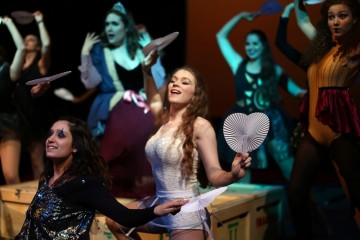 Beneath boisterous surface, something dark