Around the world, children receive similar stereotype-reinforcing messages that girls are weak and boys are tough, study finds

Last year in Shanghai, the grandmother of an 11-year-old girl pondered her granddaughter's future. "Girls should be economically independent," the woman said. But, she added, marrying a rich man is also an important goal, and once betrothed, a girl must work hard because a man "will divorce you if you don't do housework."

This head-spinning contradiction—be financially independent but also marry a rich man and be a good housewife—marks the kind of confusing messages many young girls in China receive. They must be educated and pursue a career but also hew to the stringent gender norms ingrained by centuries of social conditioning. 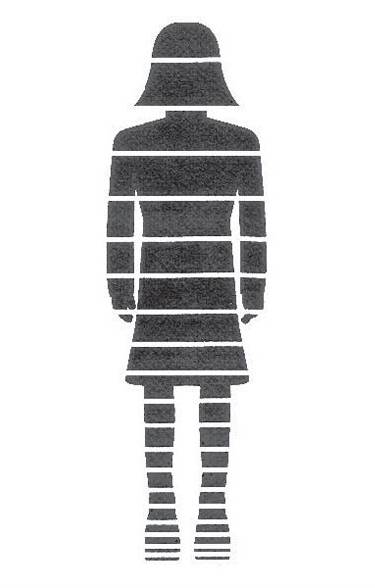 Chinese girls aren't alone. In a first-ever cross-cultural study on gender and sexuality in adolescent boys and girls, researchers have discovered an alarming truth: Whether you're a boy in Baltimore or a girl in Blantyre, Malawi, you'll likely receive the same stereotype-reinforcing messages, and they all boil down to the age-old adage that girls are weak and boys are tough.

The Global Early Adolescent Study—a partnership between the Johns Hopkins Bloomberg School of Public Health, the World Health Organization, and the United Nations Population Fund—began in 2014 and is the first to assess the emerging notions of gender and sexuality in adolescents ages 10 to 14. "This is an age group that is acutely tuned in to the worlds around them, and it's the age group when norms of behavior and attitude are becoming ingrained and solidified," says Johns Hopkins pediatrician Robert Blum, the lead author of this study. "There's a window of opportunity to dismantle these messages, and we tend to ignore it."

To better understand the explicit and often insidious ways children receive these gendered messages, a global consortium of researchers studied attitudes and beliefs in 15 cities across the globe. They interviewed parents, youth workers, and teachers and asked them questions about how they talk to, teach, and set guidelines for boys and girls. They also interviewed adolescents to help identify the myriad factors that inform their visions of themselves as they relate to body image, relationships, and emerging sexual behaviors, such as how they act in social situations or communicate with friends.

The conclusion is that pre-adolescent children are taught that girls are potential victims of aggressive boys. Even in the U.S., where gender neutral toys and "girl power" marketing are common, there is a perceived gender difference that can have far-ranging, negative consequences for both sexes. These gender beliefs inform behavior, and the result can be particularly stultifying for girls, whose parents closely monitor and scrutinize their actions and appearance. Girls, according to Blum, commonly receive messages such as: "It doesn't matter that your brother does that; he's not a girl," or "You can't go to the party, it's not safe." As a result, girls often don't engage in the same range of activities as boys.

Platonic friendships between boys and girls dropped off during the ages of 10 to 14—a development lamented by both the boys and girls interviewed. One cause may be that adults are concerned about emerging sexuality. Girls are consistently conditioned to stay clear of boys and consider how to protect their bodies from male attention. In some countries, girls are sent home from school for wearing skirts that are too short, whereas boys are rarely singled out for appearance.

Boys similarly pull back from engaging with girls, except in sexually provocative ways. "They start to see girls as sexual beings because that's how everyone around them sees them," Blum says. Too often, he says, a boy's aggression is dismissed as natural and they are inadvertently encouraged in the behavior. "The gender myth becomes circular and self-reinforcing," Blum says.

Boys don't emerge unscathed. They engage in, and are the victims of, physical violence to a much greater extent than girls. They're prone to substance abuse and suicide and have a shorter life expectancy than women. These differences, the report's authors assert, are socially, not biologically, determined. "There's still a notion in many quarters that boys will be boys—what's the big deal?" Blum says. "The point is it is a big deal."

This article originally appeared in the Spring/Summer Issue of Johns Hopkins Health Review. 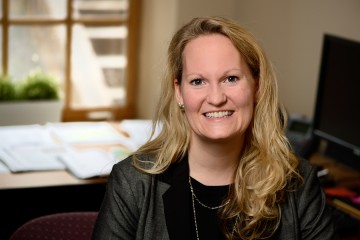 A leader for gender equity efforts