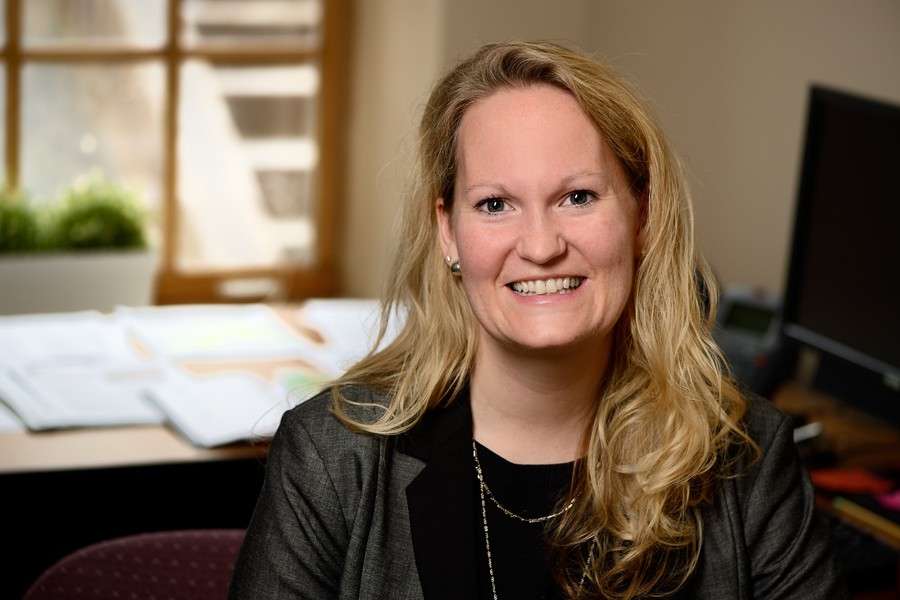 If you want to talk about gender issues at Johns Hopkins, you should probably meet Jeannine Heynes.

"We now have a point person. We now have an area and space where people can talk specifically about these issues," Heynes says, describing her new role as the university's director of gender equity.

It's a brand-new position at Hopkins, launched in November. But for Heynes, it's familiar territory. She steps up to the job after holding similar positions at Carnegie Mellon University and, more recently, Warren Wilson College in North Carolina.

The role isn't meant to be a niche one on the sidelines. Like other universities across the country, Hopkins has seen gender equity become an increasingly pressing concern, warranting a dedicated staff resource to deal with issues such as sexual health, assault prevention, feminism, and leadership and professional development. But such a position also grapples with the more nebulous aspects of gender—"the day-to-day microaggressions," the comments and stereotypes "that constantly come into play and chip away at you," Heynes says.

Heynes landed on this career interest at the University of Manchester in the United Kingdom, where professors encouraged her to seek a doctorate in women's studies. After a teaching stint in Boston, she became coordinator of Gender Programs at Carnegie Mellon in 2010, then launched the Center for Gender and Relationships at Warren Wilson.

At Hopkins, Heynes' new position is based within the Office of Student Life, serving undergraduate and graduate students across all departments of the university—but right now focused particularly on Homewood. That includes both men and women, Heynes emphasizes. "Of course there are space and places women need to talk on their own, but when we're talking about gender equity, we need to invite men into the fold."

In her first weeks on the job, Heynes has been busy networking. She's been introducing herself around campus, connecting with existing gender-oriented groups such as the Women Initiative Social Equity Advisory Board, the Diverse Sexuality and Gender Alliance, Voice for Choice, and the Sexual Assault Response Unit, among others.

In the spring semester, Heynes expects to be working with the Office of Institutional Equity on federal Title IX discrimination issues. "Understanding and upholding a strong Title IX policy at Hopkins that is clear and transparent to students," she says, "will help in creating a safer environment for all."

She also intends to be involved in planning for SHAG Week in February, which focuses on sexual health, and for Women's History Month in March. And at some point she hopes to roll out a women's leadership series, similar to a six-week program she steered at Carnegie Mellon, offering career mentoring and networking.

Big picture, Heynes will be taking a pulse on the "overall campus climate" surrounding gender issues at Hopkins, with the goal of developing new strategies and programs. Ultimately, she says, the "one-woman show" that is her current position could evolve into a larger team with a more defined mission.

"The more the community gets involved in this office, the better we're able to assess where we are and where we want to be," Heynes says.