During his 40 years spent at Johns Hopkins, he created refined treatments for pediatric cancers that improved survival rates and in some cases remain the standard of care today 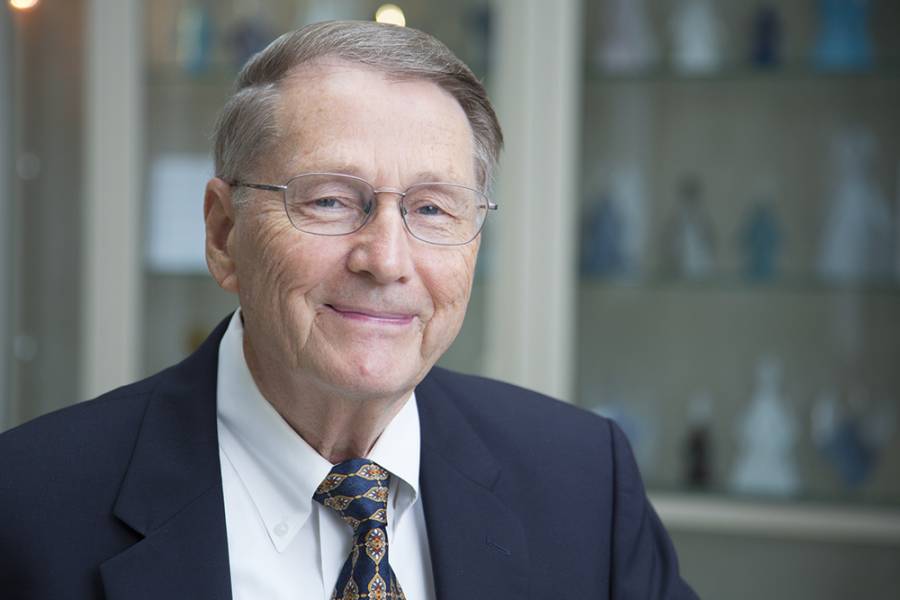 Wharam spent more than 40 years at Johns Hopkins specializing in the treatment of children with cancer. His work led to dramatic increases in pediatric cancer survival rates, and at a time when few were willing to take on the challenge, he led research to scale back treatment for many childhood cancers to prevent toxicities that caused second cancers decades later, damaged growing bones and organs, and impaired learning and other cognitive brain functions.

"For literally thousands of our own pediatric oncology patients and in nationally and internationally impactful clinical trials in childhood cancers, Dr. Moody Wharam served for decades as a rock of unswerving clinical excellence, caring, and progress," says Curt Civin, associate dean for research at the University of Maryland School of Medicine and former director of Pediatric Oncology at the Johns Hopkins Kimmel Cancer Center. "He played a major role in delivering and developing better cures for children with cancers."

Wharam co-led a groundbreaking study of treatment reduction in Hodgkin's lymphoma, which led to refinements in therapy. He also developed the standard of care for rhabdomyosarcoma, a childhood cancer of the connective tissue that attaches muscles to bones. His combination treatment of chemotherapy and radiation therapy was so effective it remains the standard today. Years before advanced radiosurgery equipment had been developed, Wharam innovated a way to deliver radiation very precisely to preserve vision for a toddler diagnosed with cancer in both eyes.

"Dr. Wharam was the consummate Hopkins physician and clinical researcher. He believed that a focus on improving the lives of children with cancer requires absolute attention to detail, a drive to understand what and how to improve care through research, and a kind, compassionate, and caring touch with children and their parents. He was a master of each of these. In fact, children diagnosed with sarcomas, to this day, still directly benefit from his life's work," says Theodore DeWeese, director of Radiation Oncology and Molecular Radiation Sciences, whom Wharam recruited to Johns Hopkins. "My life, and the lives of so many other former trainees, has been made so much richer and better because of our relationship with Moody Wharam."

Born in Washington, D.C., in 1941, Wharam received his bachelor's degree in economics at Harvard University in 1963 and then served as a shipboard officer in the U.S. Navy Atlantic Fleet from 1963 to 1965. He received his medical degree at the University of Virginia in 1969 and served an internship in medicine and pediatrics at Georgetown University Medical Center. From 1970 to 1973, he held a National Institutes of Health fellowship in radiation therapy at the University of California, San Francisco Medical Center, and held a faculty position at Duke University School of Medicine.

From 1980 to 1990, he served as the first chairman of the radiation oncology committee of the Pediatric Oncology Group, a National Cancer Institute collaborative that studied childhood cancers.

In 1990, Wharam was named acting director of the Division of Radiation Oncology, and from 1994 to 2000 served as director of the division. Upon Wharam's retirement in December 2016, DeWeese initiated a campaign to establish the Moody Wharam Professorship to honor his unparalleled contribution to the field of radiation oncology.

Wharam was a member of the International Society of Pediatric Oncology and the Children's Oncology Group, and a fellow of both the American College of Radiology and the American Society for Radiation Oncology. He had the unique distinction and honor of being named to four study groups appointed by the National Cancer Institute to investigate common childhood cancers.