David Sing, who heads the largest Hubble research program on exoplanets, will hold appointments in two departments within the Krieger School 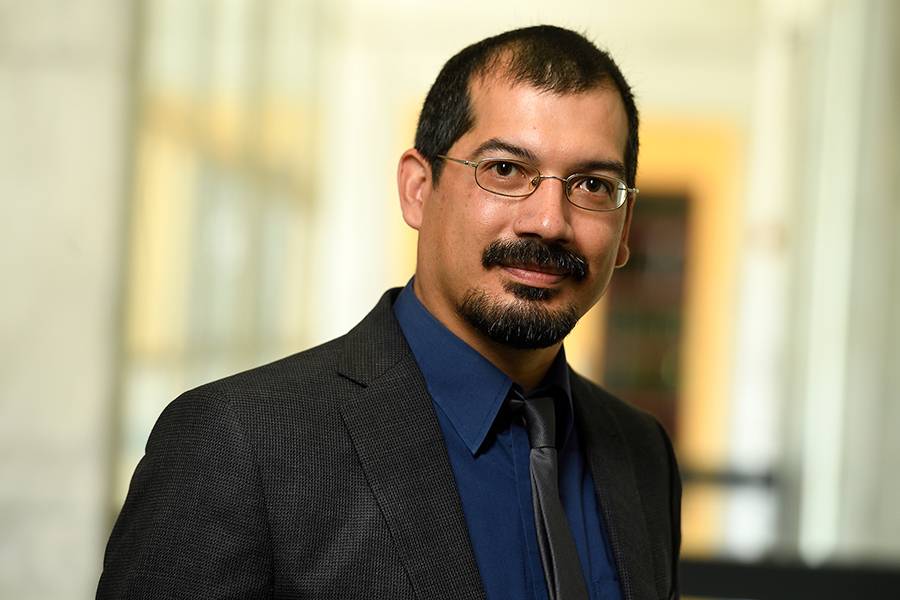 Image caption: "[Exoplanets] are completely new astrophysical bodies to study," says David Sing (pictured). "It's very exciting because we have no idea what to expect and there are so many to study."

While David Sing was finishing his doctorate, a colleague called him over one day to help work on images from the Hubble Space Telescope. It was his first close study of exoplanets, the distant planets beyond our own solar system.

"I never looked back," says Sing, who promptly switched the focus of his research.

That was 12 years ago. Today Sing, who has joined Johns Hopkins University as a Bloomberg Distinguished Professor, is known as a leading expert in exoplanets—a relatively young but endlessly vast field of astronomy and planetary science that probes into unknown reaches of the universe.

Since the first confirmation of an exoplanet in 1995, scientists have identified more than 3,700 orbiting around sun-like stars outside our solar system, ranging from gas giants and super-earths to terrestrial-sized planets. It's believed there are trillions more, averaging at least one exoplanet for each star in our galaxy alone.

"These are completely new astrophysical bodies to study," Sing says "It's very exciting because we have no idea what to expect and there are so many to study."

And Sing himself has already contributed to breakthrough discoveries in the nascent field. Using advanced telescopes to observe these transiting planets, he and colleagues have detected features such as haze and stratospheres, and atmospheric compounds including sodium, potassium, water, helium, and hot-hydrogen gas.

The Hubble telescope has been particularly critical to Sing's research and aided in his landmark 2015 comparative study of "hot Jupiters" across 10 different solar systems. He's now heading up the largest Hubble research program on exoplanets, comparing 20 exoplanets across a range of wavelengths from ultraviolet to infrared.

Sing's new post at Johns Hopkins brings him closer to the Hubble, whose operations center is based in the nearby Space Telescope Science Institute. From there he also expects to work closely with data from James Webb Telescope, which is expected to launch into space in 2021.

"Dr. Sing's appointment, along with the arrival of Dr. Sabine Stanley last year, helps place Johns Hopkins at the forefront of cutting-edge research in planetary science," says Sunil Kumar, the university's provost and senior vice president for academic affairs. "As a world-class, interdisciplinary researcher with a reputation for breaking new ground, Dr. Sing embodies the exact intent of the Bloomberg Distinguished Professorship." 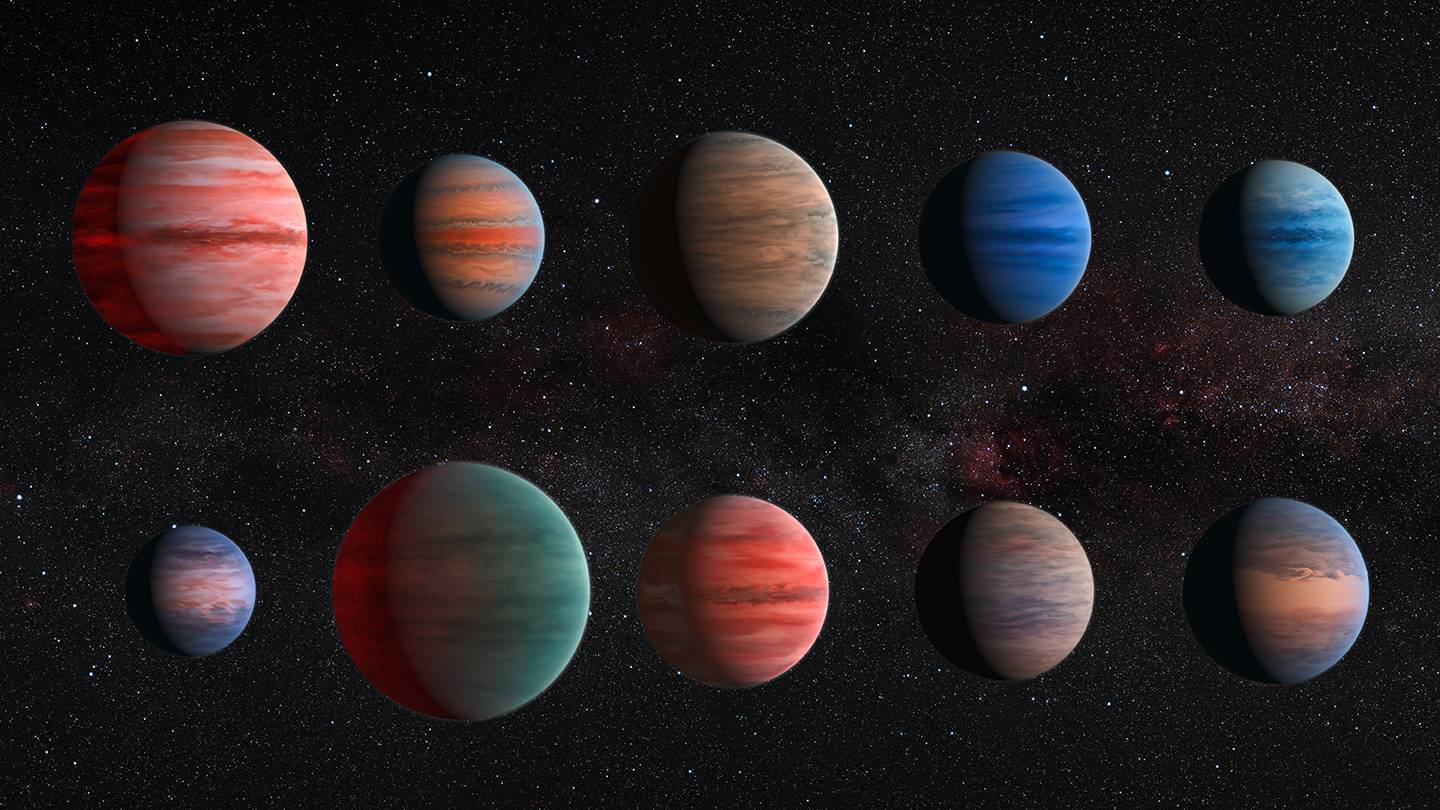 Image caption: An artist's rendering of Jupiter-sized exoplanets included in a survey led by David Sing. The findings of the survey offer insights into how planets are created and the wide range of atmospheres they can have. "We found the planetary atmospheres to be much more diverse than we expected," says Sing.

Sing first homed in on exoplanets as a postdoc, at the University of Arizona and then the Institut d'Astrophysique de Paris. In 2010, he joined the University of Exeter, where he became an associate professor of astrophysics, working within its Extrasolar Planets Team.

Over time Sing has become known for his state-of-the-art observations of transits—when exoplanets pass in front of their host star—and eclipses. Both methods can yield a plethora of details on the planet's composition, temperature, and atmospheric structure. With transits, he has developed a special interest in transmission spectroscopy, studying absorption signals within an exoplanet's atmosphere.

Even before Sing devoted his career to outer space, it was a lifelong passion, he says. Growing up in Helena, Montana, he dreamed of being an astronaut. In high school, he worked out funds from his science club to build a telescope for viewing the Comet Shumaker-Levy's collision with Jupiter.

At the University of Arizona, Sing studied physics for his bachelor's and doctoral degrees. At the time he was already connected to Johns Hopkins, using its FUSE satellite for his PhD thesis on binary star systems.

At Hopkins, Sing's appointment in the Krieger School of Arts & Sciences is split between the departments of Physics and of Earth and Planetary Sciences.

"Dr. Sing has established himself as a leader of the vanguard in exoplanet research," says Beverly Wendland, dean of the Krieger School. "We expect the new directions his discoveries will take at Johns Hopkins will add a great deal to the local and global community of scholars."

Sing is the university's 35th Bloomberg Distinguished Professor, taking his place among an interdisciplinary group of scholars who are working to address global challenges and teach the next generation. The program is backed by a $350 million gift from Johns Hopkins alum, philanthropist, and three-term New York City Mayor Michael R. Bloomberg. 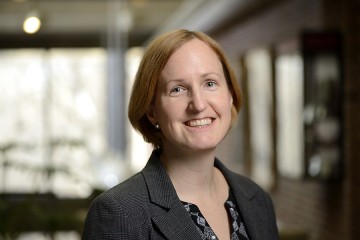 Published March 2, 2017
Sabine Stanley's research focuses on magnetic fields as a means of studying the interiors of planets, including those light-years away from our solar system 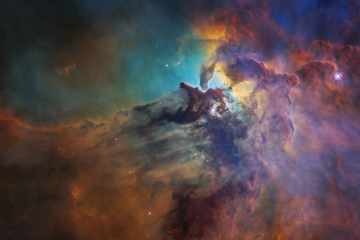