Experimental physicist Aihud Pevsner, a professor emeritus in the Department of Physics and Astronomy at Johns Hopkins University, died Sunday at his residence of cancer. He was 92. 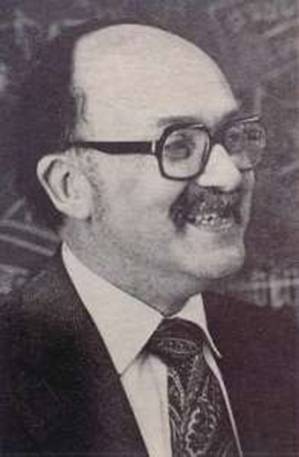 He was born in what is now Haifa, Israel, on Dec. 18, 1925. His father, Yoshua, was an immigrant from Belarus, and his mother, Esther Ben-Yeshaia, was from Jerusalem. In 1928, the family moved to New York.

Pevsner served in the U.S. Navy 1944-45, and married his wife, Lucille Wolf, in 1949. He received his PhD in physics from Columbia University and served on the faculty at MIT before joining Johns Hopkins University in 1956.

Pevsner is credited with introducing experimental high-energy physics as a new field of study, and his extensive experimental work led to the discovery of the the Eta meson, a type of subatomic particle made up of quarks and antiquarks. This discovery was crucial to the development of the Standard Model of particle physics, and was named in honor of Hopkins, with the Greek letter Eta being equivalent to "H." Pevsner served chair of the Department of Physics and Astronomy in the 1970s, and was a fellow of the American Physical Society and a Trustee of Associated Universities, Inc. He received two fellowships from the John Simon Guggenheim Foundation and a Senior Research Fulbright Fellowship. In 1977, he became the first recipient of the Jacob L. Hain endowed professorship in the Division of Arts and Sciences.

In addition to his wife, he is survived by three children: Mark Pevsner of Boston, Laura Cheshire of New York City, and Jonathan Pevsner of Baltimore; two daughters in law: Jesseca Ferguson and Barbara Pevsner; and grandchildren Madeline Cheshire, and Ava and Lillian Pevsner.