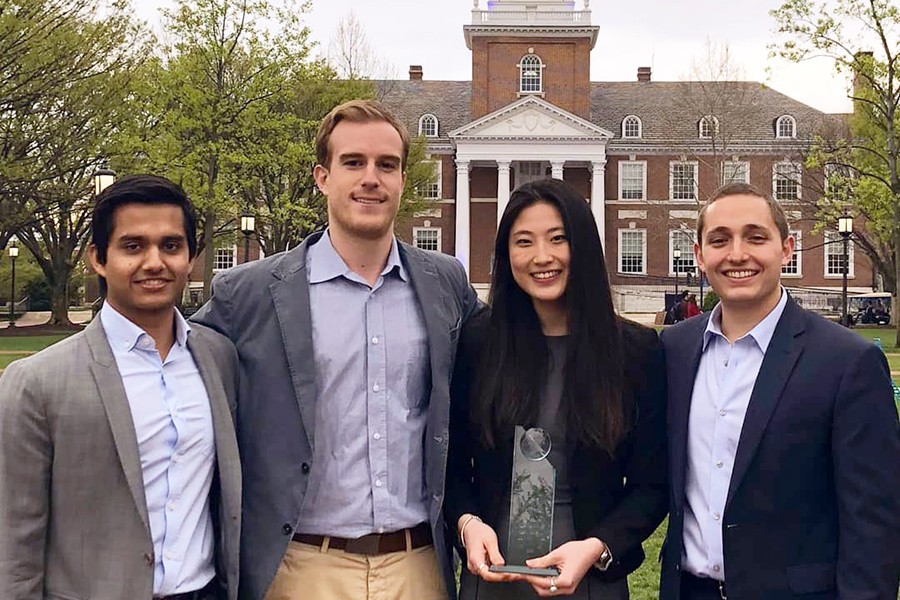 A team of five Johns Hopkins University biomedical engineering graduate students earned second place at the national BMEidea competition held last week in New York City, besting more than 50 teams from universities around the country with their idea for a system that anticipates and reduces the risk of a collapsed lung during lung biopsy surgery.

Pneumothorax, also known as a collapsed lung, is one of the most frequent complications that can occur during a CT-guided lung biopsy. The condition occurs when air leaks in the space between the chest wall and lung, and it can turn an outpatient procedure into a multi-day hospital stay. Patients suffering from this complication often must be connected to chest drains and vacuums to withdraw excess air.

Members of team PneumoNIX determined that the best approach for preventing collapsed lung was to block all sources of air, including inside of the lung and the external environment, before the biopsy is performed. Their device achieves this while also reducing the risk of complications.

"This was the culmination of a year of work from Hopkins faculty, clinicians, our team of engineers, and a great group of external mentors," says team member Edward Ruppel. "We are very proud to be solving an unmet clinical need with a device that we hope to commercialize."

The PneumoNIX team, all of whom graduated with their master's degrees in biomedical engineering in May, also includes Andrew Eisenthal, Sabrina Liu, Shashwat Gupta, and Wade Schutte. Ashish Nimgaonkar, Clifford Weiss, and Robert Liddell, of the Johns Hopkins of School of Medicine, served as clinical advisers. The team was formed in JHU's Center for Bioengineering Innovation and Design, which operates within the Johns Hopkins Department of Biomedical Engineering, shared by the university's School of Medicine and Whiting School of Engineering.

The team plans to use its $5,000 prize toward intellectual property protection and to further develop the device. Members hope to raise the next round of investment and provide statistically significant data for licensing agreements.

The BMEidea competition challenges students to pioneer a health-related technology that addresses a real clinical need. Teams are judged on technical, economic, and regulatory feasibility; contribution to human health and quality of life; technological innovation; and potential for commercialization. 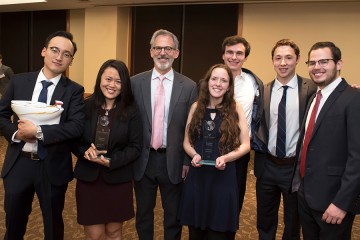 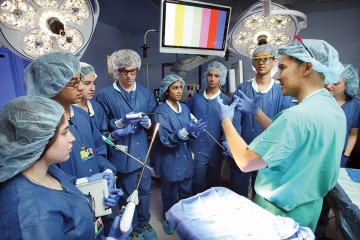