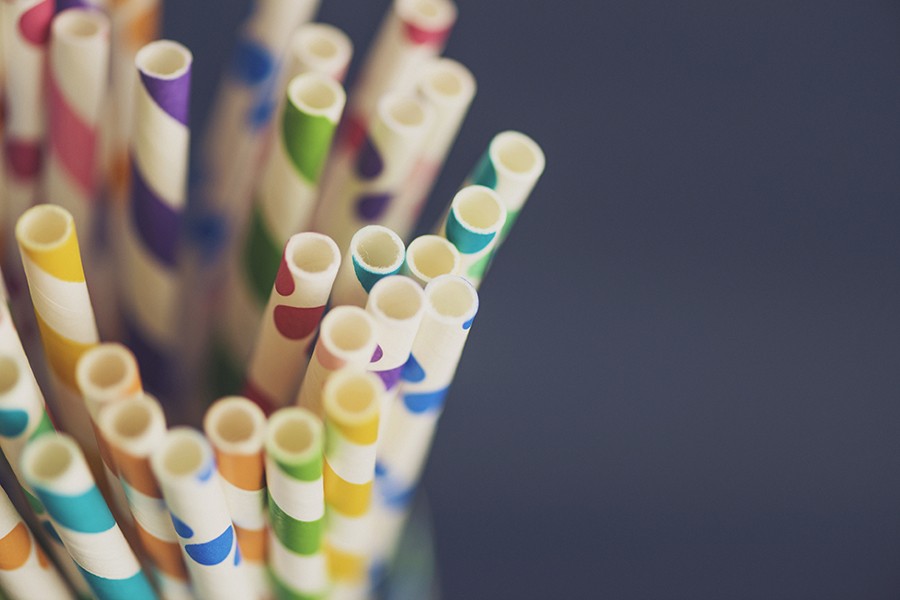 When Bon Appétit, the food service provider on Johns Hopkins University's Homewood campus, announced in late May that it would eliminate plastic straws from all its eateries, citing ecological concerns, it was just another day for Fresh Food Café and Nolan's on 33rd.

That's because these two residential dining halls at Hopkins had already done away with plastic straws about two years ago, says Ian Magowan, senior manager of Dining Programs at Homewood.

"We have also switched to smaller cups for fountain soda, which both cuts consumption and reduces waste," Magowan says. "For people who want an option to replace straws, we offer a standard to-go sip lid like you'd find on a coffee cup."

Across all facilities, including catering services, Bon Appétit at Homewood is using compostable products for its disposable needs 90 percent of the time, he says.

"We consistently work to identify new products, with straws being a focus over the last year, to work toward a 100 percent compostable program," Magowan says, "which can be tough given what the market does and does not offer."

FFC and Nolan's experimented with compostable straws, Magowan says, but they were made from a rice compound that crumpled when popped through a lid or splintered when chomped. But a new compostable straw could come along and wow the dining staff, making it worth using in the dining facilities, he says.

For now, traditional plastic straws remain at four locations at Homewood: The LaB, Crepe Studio inside the Charles Street Market, Levering Kitchens, and Levering Café. But the dining team will be working on a plan in the coming weeks to go straw-free at those locations as well. Bon Appétit has set September 2019 as its corporate deadline for eliminating plastic straws.

Residential dining serves 24,000 meals a week on average at Homewood during the academic year, and so far it has not gotten strong pushback about the missing straws, Magowan says.

"We have a group of students who work for our office managing the Real Food Challenge, and they have their ears to the ground," Magowan says. "Students understand the environmental effect of straws. Going forward, we anticipate that the heaviest feedback we'll get will be from staff who visit the Levering Café, so we'll need to find some ways to open their minds." 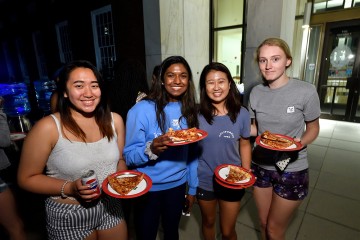 Published May 10, 2018
At Homewood, a late night pizza party with President Daniels fuels students for finals 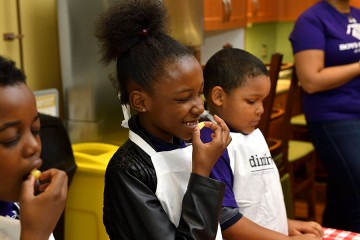 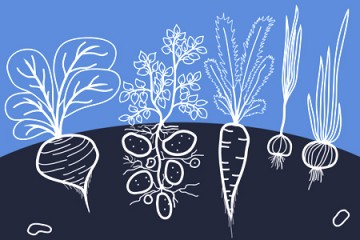