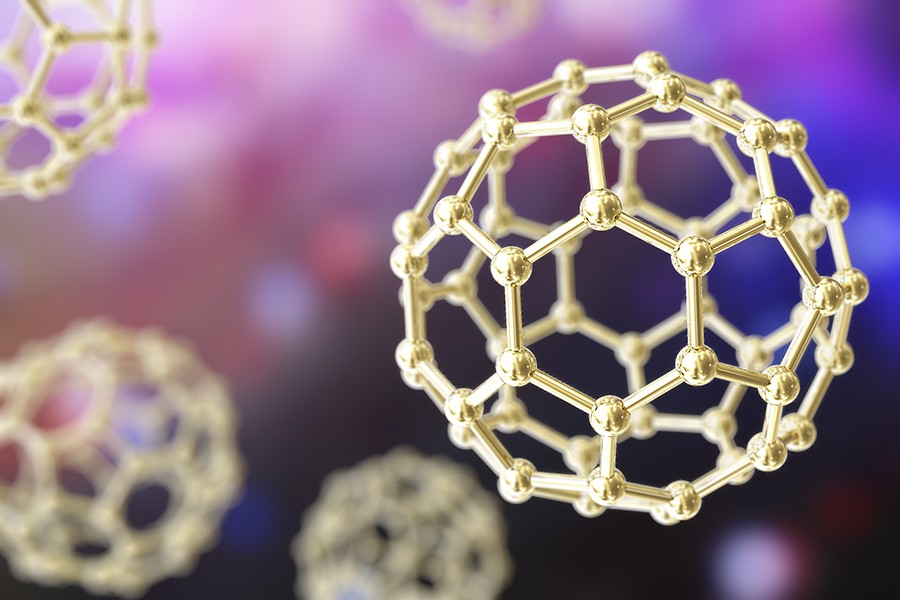 Image caption: New, stable nanoparticles are expected to have useful applications in the chemical and energy industries

Johns Hopkins researchers have teamed with colleagues from three other universities to combine up to eight different metals into single, uniformly mixed nanoparticles, creating new and stable nanoparticles with useful applications in the chemical and energy industries, the researchers said.

Metallic alloy nanoparticles—particles ranging from about a billionth to 100 billionths of a meter in size—are often used as catalysts in the production of industrial products such as fertilizers and plastics. Until now, only a small set of alloy nanoparticles have been available because of complications that arise when combining extremely different metals.

In the March 30 cover article of the journal Science, the researchers reported that their new technique made it possible to combine multiple metals, including those not usually considered capable of mixing.

"This method enables new combinations of metals that do not exist in nature and do not otherwise go together," said Chao Wang, an assistant professor in the Department of Chemical and Biomolecular Engineering at Johns Hopkins and one of the study's co-authors.

The new materials, known as high-entropy-alloy nanoparticles, have created unprecedented catalytic mechanisms and reaction pathways and are expected to improve energy efficiency in the manufacturing process and lower production costs.

The new method uses shock waves to heat the metals to extremely high temperatures—2,000 degrees Kelvin (more than 3,140 Fahrenheit) and higher—at exceptionally rapid rates, both heating and cooling them in the span of milliseconds. The metals are melted together to form small droplets of liquid solutions at the high temperatures and are then rapidly cooled to form homogeneous nanoparticles. Traditional methods, which rely on relatively slow and low-temperature heating and cooling techniques, often result in clumps of metal instead of separate particles.

Based on these new nanoparticles, Wang's research group designed a five-metal nanoparticle that demonstrated superior catalytic performance for selective oxidation of ammonia to nitrogen oxide, a reaction used by the chemical industry to produce nitric acid, which is used in the large-scale production of fertilizers and other products.

In addition to nitric acid production, the researchers are exploring use of the nanoparticles in reactions like the removal of nitrogen oxide from vehicle exhaust. The work in Wang's lab was part of a collaboration with colleagues from the University of Maryland, College Park; the University of Illinois at Chicago; and MIT. 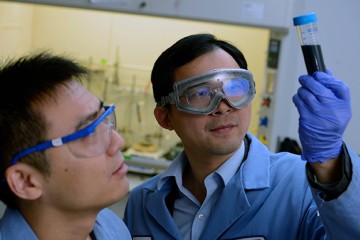