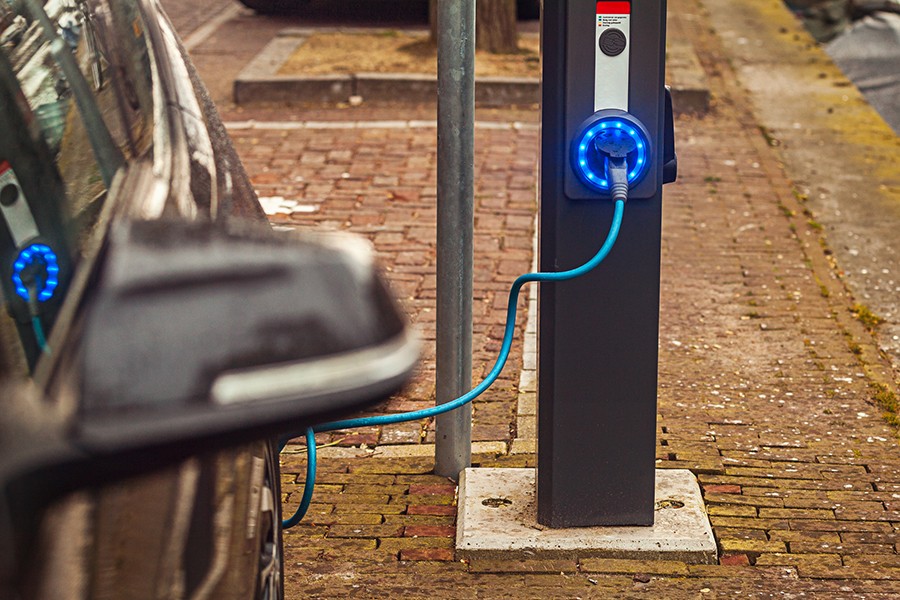 Egyptian artists at the time of King Tutankhamun often covered cheaper metals (copper, for instance) with a thin layer of a gleaming precious metal such as gold to create extravagant masks and jewelry. In a modern-day twist, the Johns Hopkins-led researchers have applied a tiny coating of costly platinum just one nanometer thick—100,000 times thinner than a human hair—to a core of much cheaper cobalt. This microscopic marriage could become a crucial catalyst in new fuel cells that generate electric current to power cars and other machines.

The new fuel cell design would save money because it would require far less platinum, a very rare and expensive metal that is commonly used as a catalyst in present-day fuel-cell electric cars, an alternative to battery-powered vehicles. The researchers, who published their work earlier this year in Nano Letters, say that by making electric cars more affordable, this innovation could curb the emission of carbon dioxide and other pollutants from gasoline- or diesel-powered vehicles. 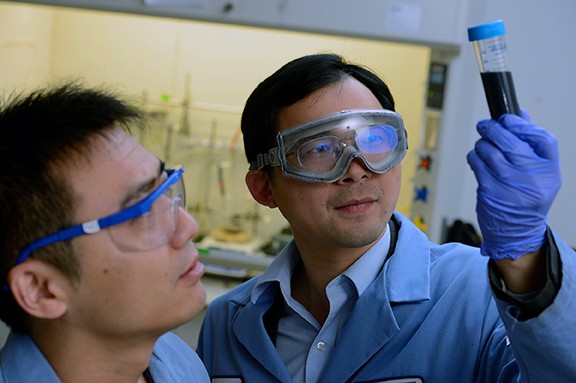 "This technique could accelerate our launch out of the fossil fuel era," said Chao Wang, a Johns Hopkins assistant professor in the Department of Chemical and Biomolecular Engineering and senior author of the study. "It will not only reduce the cost of fuel cells. It will also improve the energy efficiency and power performance of clean electric vehicles powered by hydrogen."

In their journal article, the authors tipped their hats to the ancient Egyptian artisans who used a similar plating technique to give copper masks and other metallic works of art a lustrous final coat of silver or gold. "The idea," Wang said, "is to put a little bit of the precious treasure on top of the cheap stuff."

He pointed out that platinum, frequently used in jewelry, also is a critical material in modern industry. It catalyzes essential reactions in activities including petroleum processing, petrochemical synthesis, and emission control in combustion vehicles, and is used in fuel cells. But, he said, platinum's high cost and limited availability have made its use in clean energy technologies largely impractical—until now.

"We've been able to significantly stretch the benefits of platinum by coating it over cobalt, and we even managed to enhance the activity of platinum at the same time."
Lei Wang
Johns Hopkins post-doctoral fellow

"There's a lot more cobalt out there than platinum," said lead author and Johns Hopkins post-doctoral fellow Lei Wang, who is not related to Chao Wang. "We've been able to significantly stretch the benefits of platinum by coating it over cobalt, and we even managed to enhance the activity of platinum at the same time."

Earlier attempts to plate precious metals on non-precious materials were largely stymied by galvanic replacement reactions—oxidation of the non-precious metal. In this study, the team successfully suppressed such reactions by introducing carbon monoxide, a gas molecule that strongly binds to cobalt, protecting it from oxidation.

Not only did the cobalt-platinum nanoparticles reduce the usage of platinum; they performed almost 10 times better than platinum alone. The researchers said this enhanced catalytic activity resulted from both the maximized exposure of platinum atoms on the surface and from interactions between the two metals.

"The intimate contact between cobalt and platinum gives rise to compressive strain," Lei Wang said. "It shortens the distance between platinum atoms and makes the chemical reactions more feasible on the surface."

Because platinum and other rare metals play key roles in many industrial applications, the implications of this work extend beyond fuel cells. Currently, the team is working on adapting their technique to other precious metals and non-precious substrates. New developments will target further applications of such materials in chemical conversions of hydrocarbons.

"Many reactions that depend on precious metal catalysts could be rendered cheaper and more effective by taking advantage of our technology," Chao Wang said. "At a time when we are becoming painfully aware of the limits of our non-renewable sources of energy and materials, this technique points us in a very welcome new direction." 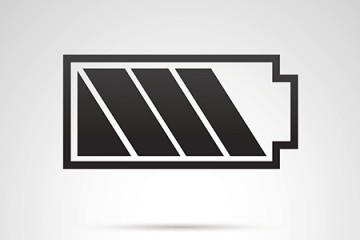