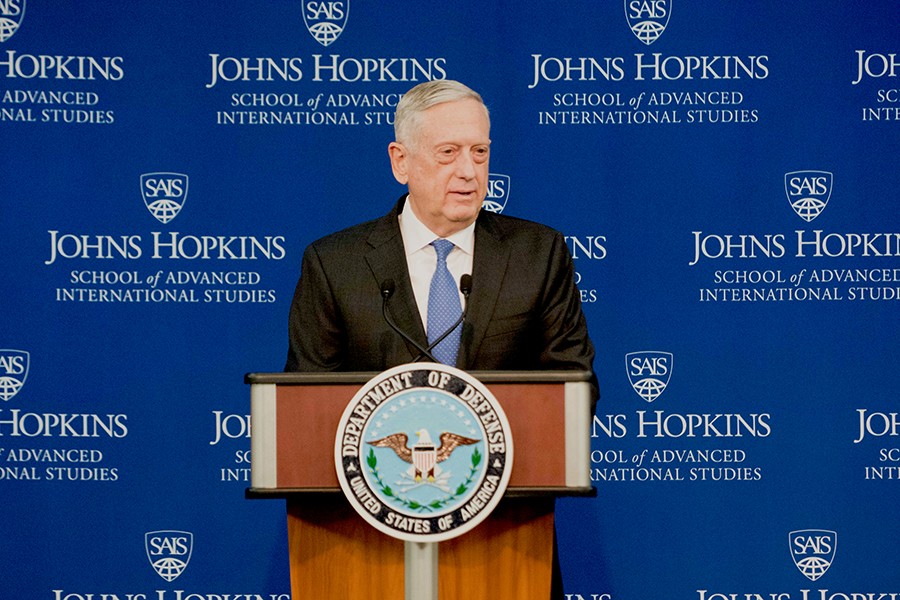 As the government teetered on the edge of a shutdown Friday, U.S. Secretary of Defense James Mattis took to the podium at the Johns Hopkins University School of Advanced International Studies and laid out a sweeping new national defense strategy.

"Our competitive edge has eroded in every domain of warfare—air, land, sea, space, and cyberspace," he said. "And it is continually eroding."

In his remarks, he described a defense strategy focusing on strengthening alliances, coordinating with the U.S. State Department, and encouraging consistent financial support from Congress.

It was this last point that seemed most representative of the national mood, as Congress remained gridlocked this week in negotiations for a spending bill, the deadline for which expires at midnight.

"Operating for nine out of the last 10 years under continuing resolutions has created an overstretched and under-resourced military. … As I stand here this morning watching the news from on the hill, we're on the verge of a government shutdown, or at best, yet another debilitating continuing resolution," Mattis said. "We need Congress back in the driver's seat of budget decisions, not in the spectator's seat."

A strategy summary document released during his talk stated that by approving long-term spending budgets, Congress will enable the military to work through its 15-year backlog of unmet procurement and modernization requirements, including:

In addition to the benefits of long-term funding from Congress, Mattis pledged that the Department of Defense would reform its business practices to gain "the full benefit of every dollar spent, and to gain and hold the trust of the American people."

He added: "We must be good stewards of the tax dollars allocated to us. Results and accountability matter."

The plan outlined Friday is the first national defense strategy to be released in 10 years. A strong, updated military, Mattis said, is a vital last line of defense for the U.S.

However, he added that it is not a substitute for diplomacy, and he promised better coordination efforts between the Department of Defense and the Department of State, and enhanced cooperation with foreign allies. 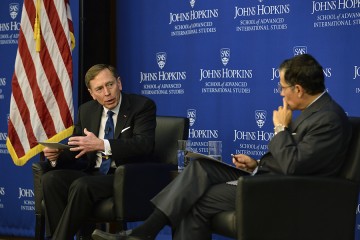 Lessons learned on and off the battlefield 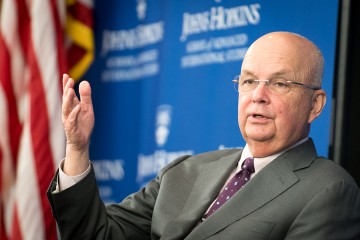