Social media symbol would make it easier for health professionals to communicate about risks, research

Mosquitoes are found on six of the seven continents and, during their peak breeding season, outnumber every other animal on earth. And they are more than an itchy nuisance—mosquitoes are by far the most dangerous animal on Earth, killing more humans than sharks, snakes, and all others by a wide margin. Because they spread diseases like malaria, Zika, dengue, and yellow fever, mosquitoes contribute to several million deaths and hundreds of millions of illnesses every year. 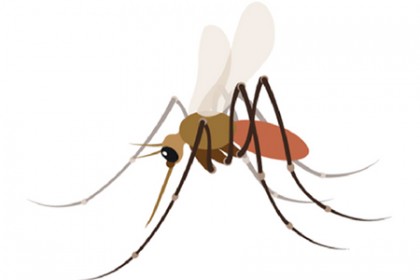 And yet, there's no emoji for them.

Emoji are increasingly important in people's daily communication. In 2015, the Face with Tears of Joy emoji was named Word of the Year by the Oxford Dictionary, and the cultural importance of emoji have only grown in the past few years.

There are emoji for animals of all kinds—you can text your friends using emoji for ants, spiders, and ladybugs; honeybees, turtles, and snails. Want to warn about that crazy poodle down the street? There's an emoji for that. Need to text about a pig? Choose one of three swine emoji.

Dozens of animal emoji, but no mosquito.

Marla Shaivitz, a digital communications manager at the Johns Hopkins Center for Communication Programs, and Jeff Chertak, a senior program officer for malaria advocacy and communications at the Bill & Melinda Gates Foundation, hope to change that.

They have proposed that the mosquito be granted its own emoji this year, joining the likes of crocodiles, unicorns, and blowfish. A mosquito emoji could be used by millions of people affected by mosquitoes every year, as well as members of the scientific and health community to explain their work. And, frankly, it would give texters a new shorthand to express annoyance or frustration, "potentially paired with the face with rolling eyes or the smirking face," the proposal helpfully suggests.

"A mosquito emoji would be an important addition to the current set of insect emoji," Shaivitz says. "It would give health professionals a quick way to communicate with the public about the presence of mosquitoes and allow researchers to promote their work around mosquito-borne diseases more easily via social media.

"It's surprising to me there isn't one already."

How are new emoji chosen? People like Shaivitz and Chertak submit proposals and a group called the Unicode Consortium chooses finalists. Very few emoji are added each year. Next month, the consortium will decide which of 67 finalist emoji are added—this year's contenders also include a llama, a sliced bagel, a tooth, and a lab coat—and the chosen ones will be released next summer.

Shaivitz got involved with the emoji proposal when she hooked up with Jennifer 8. Lee on a listserv for women in technology in June. Lee, a former New York Times reporter and founder of Emojination, a grassroots group whose motto is "Emoji by the people, for the people," was looking for people to write proposals for new emoji. Because of the work she and her CCP colleagues do using communication to help fight the spread of mosquito-borne diseases like malaria and Zika, Shaivitz knew right away that the world could really use a mosquito emoji.

"Over half the world's population lives at risk of the diseases transmitted by mosquitoes, and climate change is facilitating their spread, increasing the threat of diseases they transmit to new populations," the proposal explains. "Meanwhile, the mosquito brings new threats, like Zika, which has devastated communities with fear of long-term, life-altering consequences."

Shaivitz used social media analysis to make her case. She found that on Twitter, the potential use and reach of a mosquito emoji is seven times greater than that of the existing beetle emoji. On average, there are nearly 15,000 more mosquito-related tweets shared per day than beetle-related tweets, potentially reaching 170 million more Twitter users.

"There is a strong demand for a mosquito emoji," Shaivitz and Chertak wrote. "There are even petitions to include the mosquito emoji in WhatsApp. … Additionally, during the #EmojiYourPhD campaign this year, which received coverage in American Scientist, researchers lamented the lack of a mosquito emoji, which would help them explain their research to a wider audience."