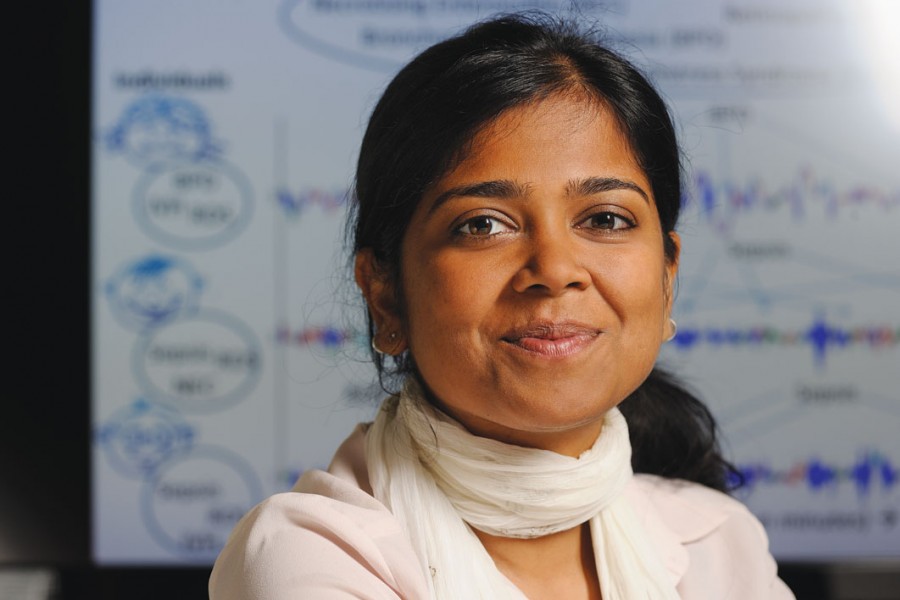 Johns Hopkins University computer scientist Suchi Saria has joined the company of the co-founders of Google, Facebook, PayPal, CRISPR, and iRobot in being named to the annual MIT Technology Review list of 35 Innovators Under 35.

In selecting Saria for the 2017 list of the country's most promising young technology innovators, the magazine recognizes the Whiting School of Engineering assistant professor for creating algorithms hospitals can use to recognize sepsis. The fast-moving condition ranks as the 11th leading cause of death in the country in killing more patients every year than breast and prostate cancer combined.

Sepsis is the body's response to infection that can lead to tissue damage, organ failure, and death. It's difficult for clinicians to diagnose and to spot early enough to provide treatments that can prevent harm. Because the condition can develop so quickly, hours can literally make a difference between life and death.

Saria, who joined Johns Hopkins in 2012, leads a team that is devising a machine-learning system to spot telltale patterns in vast quantities of patient information that hospitals compile as a matter of routine—including clinical history, vital signs, laboratory tests.

Technology Review notes that the study algorithms, published in 2015 in the journal Science Translational Medicine, "correctly predicted septic shock—the deadliest version of sepsis—in 85 percent of cases, by an average of more than a day before onset. That is a 60 percent improvement over existing screening tests." In subsequent work, the team's effort has further refined recognition rates and turned the work into a practical system that can be used by caregivers.

"It's a real honor to be included here," said Saria, who last year was named one of the Popular Science "Brilliant 10," that magazine's recognition of the country's most promising young scientists. "Research can be lonely and even a little scary when we're going in a new direction. It's nice when somebody out there sees what we did and thinks it was worth doing," said Saria, who thanked her doctoral and postdoctoral students and collaborators in the research, her advisors, and mentors.

Saria—who in addition to her affiliation with the Whiting School is also assistant professor of health policy and management at the Bloomberg School of Public Health—continues to work with her team to advance the computer algorithms needed to make reliable inferences from messy clinical streams. Her hope is to give caregivers a crystal ball that enhances their ability to catch deteriorating patients sooner than they currently do. 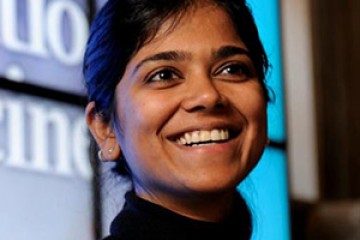 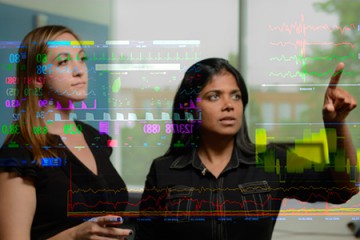