Computer algorithm could aid in early detection of life-threatening sepsis 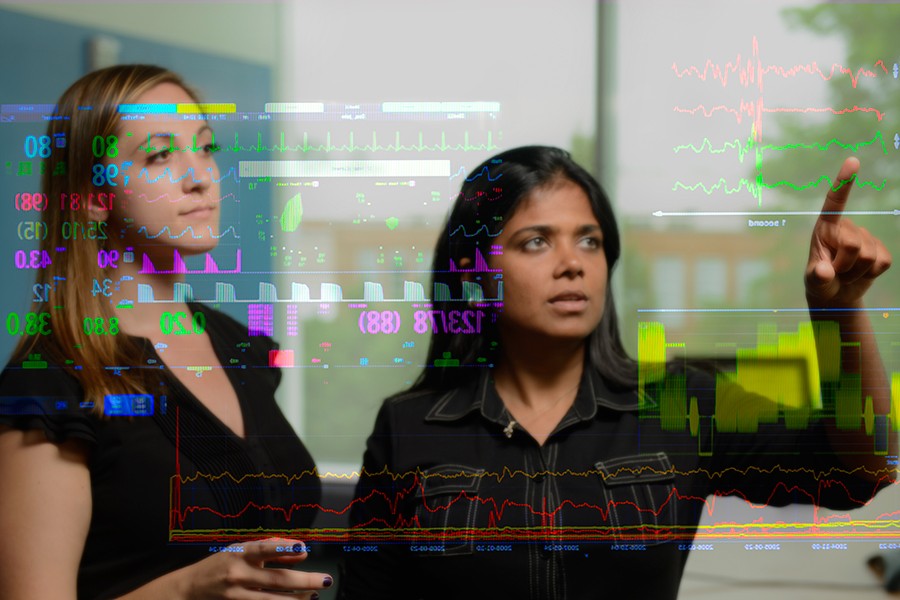 For a patient with sepsis—which kills more Americans every year than AIDS and breast and prostate cancer combined—hours can make the difference between life and death. 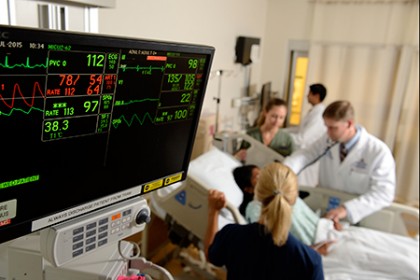 The quest for early diagnosis of this life-threatening condition now takes a step forward, as Johns Hopkins University researchers report on a more effective way to spot hospital patients at risk of septic shock.

The new computer-based method correctly predicts septic shock in 85 percent of cases, without increasing the false positive rate from screening methods that are common now.

"But the critical advance our study makes is to detect these patients early enough that clinicians have time to intervene," says Suchi Saria, an assistant professor of computer science in Johns Hopkins' Whiting School of Engineering and of health policy in the Bloomberg School of Public Health. She led the study, published today as the cover story in the journal Science Translational Medicine.

More than two-thirds of the time, the method was able to predict septic shock before any organ dysfunction. That is a 60 percent improvement over existing screening protocols.

Peter J. Pronovost, a study co-author and senior vice president for patient safety and quality at Johns Hopkins Medicine, said the research promises significant progress in treating a condition that is estimated to hit about a million Americans and kill about 200,000 every year—many of them in hospitals and nursing homes.

"We know a lot of those deaths would likely be preventable" if sepsis were diagnosed well before it develops into septic shock and organ failure, said Pronovost, who directs the Armstrong Institute for Patient Safety and Quality at Johns Hopkins Medicine. "Right now, much of sepsis is invisible until someone is on death's door." Every passing hour before sepsis patients receive antibiotics, he said, "correlates strongly with risk of death."

Sepsis is caused by a powerful immune system reaction to infection that, if untreated, can cause inflammation throughout the body; the inflammation can trigger blood clots and leaking blood vessels. That hinders blood flow, which in the worst cases causes organ failure. The condition is a significant problem among vulnerable populations in hospitals and nursing homes. It can be triggered by invasive procedures, including catheterization.

"One strength of this approach," notes Katharine Henry, a PhD student in Saria's lab and first author of the study, "is that all of our inputs are routinely collected. You don't need specialized new measurements."

The method differs in several respects from previous attempts to predict septic shock. It's based on a larger data pool, takes account of more health indicators, and factors in several elements that could have confounded the results.

One question now is how TREWScore can be used in a hospital or nursing home. David Hager, a co-author and director of the Medical Progressive Care Unit at the Johns Hopkins Hospital, said the algorithm could be programmed into an electronic health records system to alert doctors and nurses about a patient at risk of septic shock.

"The tricky issue is thinking about how the clinical team is provided with the information," Hager said. A hospital's electronic health records system could be set up to convey alerts to clinicians via pager or cellphone at regular intervals, he said.

"But we have to do this in a way that it is well-integrated into the existing clinical workflow and does not cause alarm fatigue," Saria said. That is the focus of ongoing study.

Saria, whose lab is a center for big-data analysis of electronic health records, said the study is part of a broad effort at Johns Hopkins to help clinicians and patients by providing continuous, insightful monitoring.

"Our methods are reaching a point where they can be a real aid to clinicians," she said, "especially in noticing subtle hints, buried deep in a chart, that a problem is developing."

Pronovost said the effort seeks to make care safer and more humane for patients. That includes rethinking what harms are preventable. Before this, conditions like sepsis were considered unavoidable.

"This is a culture change," he said.