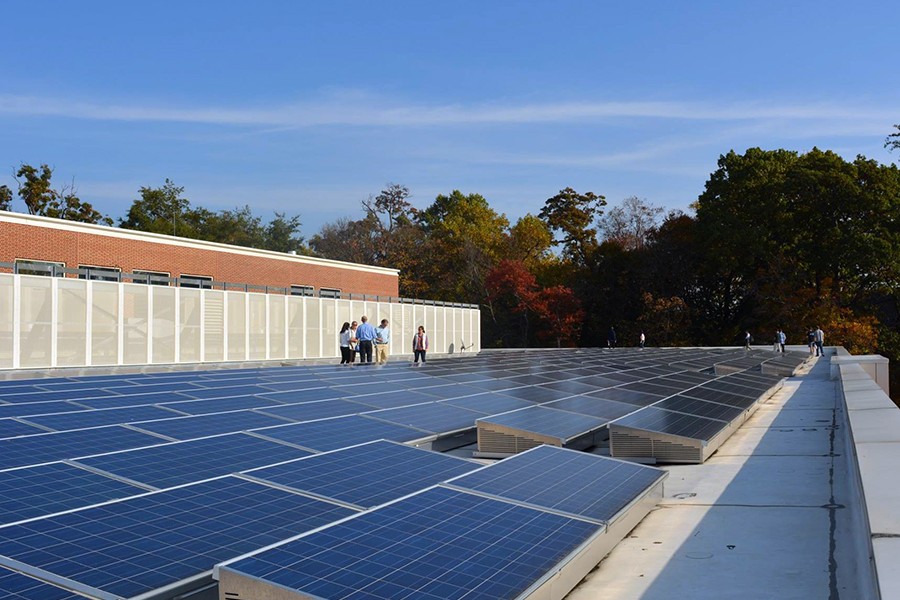 Image caption: Students tour a rooftop solar installation on the Recreation Center at the Homewood campus.

More than a decade ago, Johns Hopkins made a commitment to reduce its greenhouse gas emissions by 51 percent by 2025.

Since making that promise, the institution has grown by 11 percent. That's roughly 1.3 million additional square feet to power—about half the square footage of the Empire State Building.

So how does a growing enterprise like Johns Hopkins maintain its commitment to reducing its carbon footprint, while still increasing its operations?

The answer, it seems, is in fostering deep commitments to sustainability that encompass all aspects of the institution, including eco-friendly building designs, energy-efficient plant operations, and even creating changes in human activity that can reduce waste.

A new report released today benchmarks the progress Johns Hopkins has made toward its goal and highlights some of the innovative methods the institution has implemented to reach it. The report reflects activities through fiscal year 2016, which ended on June 30, 2016.

"While total energy consumption has increased since our baseline year, we are getting more efficient per square foot," says Bob McLean, vice president for real estate and facilities at Johns Hopkins University. "Consumption has decreased since last fiscal year, and total emissions are down thanks to conservation, efficiency gains, and improvements in our regional grid."

Since determining a baseline measure of greenhouse gas emissions in 2008, Johns Hopkins has already achieved a 35 percent reduction through energy conservation strategies. The report details some of these strategies and successes, including:

"To meet our goal of a 51 percent reduction, we must make strides while we consider the impacts of new construction and expansion," said Ashley Pennington, the sustainability manager for Johns Hopkins University. "This report signals steady progress, and highlights the need for continued action through integration, innovation, and investment in our facilities, operations, and decision-making processes to 2025 and beyond." 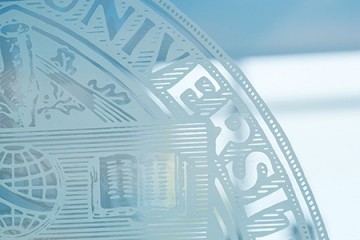 Hopkins reaffirms commitment to tenets of Paris accord 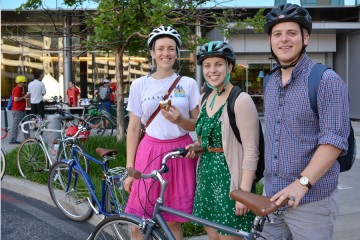 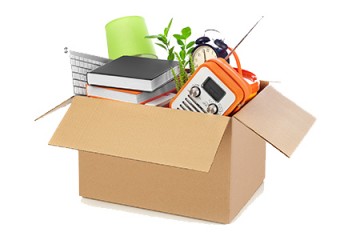 Published May 12, 2017
JHU gives students an opportunity to donate unwanted items as they move out of residence halls