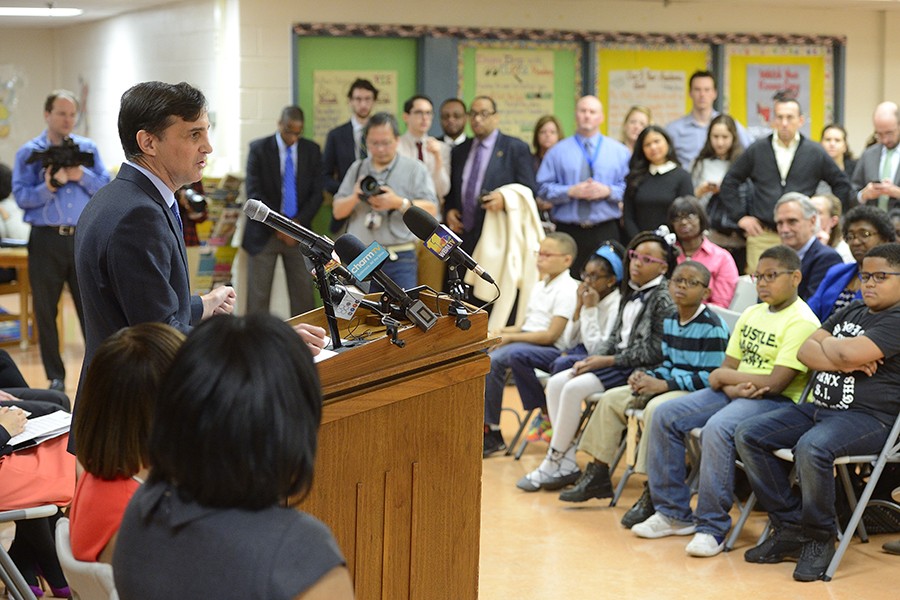 Image caption: Johns Hopkins University President Ronald J. Daniels talks about Vision for Baltimore at an event celebrating the program distributing more than 1,000 pairs of eyeglasses in its first 10 months.

Several students were spotted making that fashion statement this morning as local officials convened at the school to celebrate a milestone moment for Vision for Baltimore. The citywide program, which launched in May of last year and receives financial and research support from Johns Hopkins, has now distributed more than 1,000 pairs of free eyeglasses to Baltimore students.

"At Johns Hopkins, we believe that the success of Baltimore's students and its public schools are essential to the success of our city."
Ronald J. Daniels
JHU president

Between now and the summer of 2019, Vision for Baltimore intends to complete vision screenings for every public school student in the city between pre-K and eighth grade, providing two free pairs of glasses to each student who needs them.

"Far too many people lack access to vision care, and that's what this program is about," Baltimore Mayor Catherine Pugh said at today's event.

Among other officials on hand were Leana Wen, head of the Baltimore City Health Department; and Sonja Santelises, CEO of Baltimore City Public Schools. Both of those agencies are key partners for Vision for Baltimore, along with Johns Hopkins and the national nonprofit Vision to Learn, which supports similar programs throughout the country.

Wen said she could relate personally to the Harris Elementary students who wear eyeglasses. In third grade, she said, she was always squinting at the chalkboard but "thought everything was normal." It took a year before her teachers and parents realized she needed glasses.

When signs of poor eyesight are missed, officials emphasized, students often struggle. Their impairment may be misconstrued as a learning disability or behavior problem.

Johns Hopkins University President Ronald J. Daniels worked with Wen last year to lay the groundwork for Vision for Baltimore. They were looking for a collaboration that could have "a clear impact and immediate impact" for Baltimore students, Daniels said.

"Within a matter of weeks," he said, "we had launched a fundraising plan."

"At Johns Hopkins, we believe that the success of Baltimore's students and its public schools are essential to the success of our city," Daniels added.

Johns Hopkins provides program support and research through a collaboration between the School of Education and the Wilmer Eye Institute at the School of Medicine. The research is supported by the Hackerman family and the Abell Foundation, as well as a grant from the Laura and John Arnold Foundation.

After helping to get Vision for Baltimore up and running last summer, the Hopkins team now works closely with its partners on logistical details—including getting consent forms from parents and sorting through Medicaid issues—and quality assessment. In addition, the team has launched a campaign to educate teachers and parents about vision issues.

The Baltimore program is meant to serve as a replicable model for school-based delivery of eye care, said Megan Collins of the Wilmer Eye Institute.

"We want to develop a sustainable solution to provide eyeglasses to children who need them," she said

Meanwhile, an ongoing study is following the Vision for Baltimore students to measure academic impacts. Hopkins researchers are comparing students' standardized test scores before and after they wore glasses, and they are also examining outcomes for students in the program's first year compared to those in years two and three.

This research builds upon an earlier Hopkins study that came before Vision for Baltimore and served as one impetus for its creation. In 2015, the Baltimore Reading and Eye Disease Study found that the reading skills of second- and third-graders who received eyeglasses increased significantly compared to that of their classmates who didn't need glasses. The study was funded by the Robert M. and Diane v.S. Levy Family Foundation.

Big picture, "this is a giant public health issue that's more than just a one-time putting glasses on a kid," said Robert Slavin of JHU's School of Education. 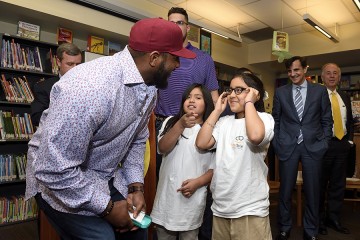 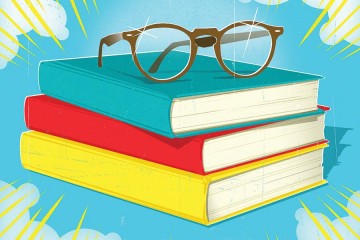 Published Fall 2016
To a striking degree, children's school performance—and how they feel and behave in class—is affected by vision / Johns Hopkins Magazine