The science is clear: Vaccines are safe, effective, and do not cause autism 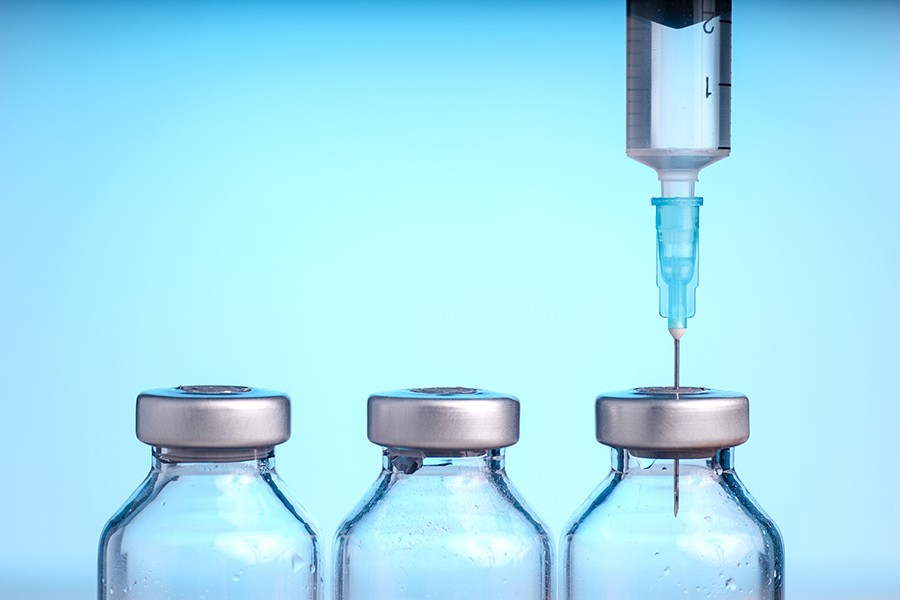 Scientists and medical experts were alarmed Tuesday by news reports of a Trump Tower meeting between President-elect Donald Trump and Robert F. Kennedy Jr., two men who have promoted widely debunked anti-vaccination theories suggesting a link between vaccines and autism.

Kennedy said Trump asked him to chair a new commission on vaccine safety, though a Trump spokeswoman later said no final decision had been made.

If Trump follows through, the stunning move would push up against established science, medicine and the government's position on the issue. It comes after Trump—who has long been critical of vaccines—met at Trump Tower with Kennedy, who has spearheaded efforts to roll back child vaccination laws.

For more information on vaccine safety and insight on the potential public health dangers of promoting anti-vaccine conspiracy theories, the Hub reached out to Daniel Salmon, an associate professor at the Johns Hopkins Bloomberg School of Public Health. Salmon is deputy director of JHU's Institute for Vaccine Safety, and his research and practice focuses on optimizing the prevention of childhood infectious diseases through the use of vaccines.

Are vaccines safe and effective?

The benefits of vaccines greatly outweigh their risks. The safest decision for parents is to vaccinate their children according to the recommended schedule.

The effectiveness of other vaccines routinely used in the U.S. varies, but for most vaccines, 80-99% of vaccinated people are protected. Two doses of MMR, or Measles-Mumps-Rubella, vaccine, for example, provides about 99% protection against measles.

Influenza vaccination in recent years has been associated with a very small increased risk of Guillain-Barré Syndrome, or GBS, in adults, leading to about 1-3 excess cases of GBS per million persons vaccinated. This is much less than the estimated risk after wild-type influenza infection, providing further evidence that the benefits of influenza vaccination greatly outweigh the risks.

Is there any scientific evidence of a connection between vaccines and autism?

No. Vaccines in routine use in the United States do not cause autism. There have been 13 methodologically sound, controlled epidemiological studies reporting no association between autism spectrum disorders (ASD) and receipt of MMR vaccine, thimerosal in vaccine, and simultaneous vaccination with multiple vaccines, in addition to the relevant systematic reviews and one meta-analysis.

The evidence from all studies, including methodologically flawed studies, have been reviewed by the Institute of Medicine, the Centers for Disease Control and Prevention, the Vaccine Injury Compensation Program, and the American Academy of Pediatrics. All have concluded that vaccines do not cause autism or ASD.

Are there any compelling medical reasons that parents would not have their children vaccinated, even in limited cases?

There are people for whom some vaccines are contraindicated, or who are vaccinated with precautions. The manufacturers of vaccines with approval from the FDA include contraindications in the package labels. The CDC and the American Academy of Pediatrics provide more detailed information and recommendations for individuals and populations that should or should not receive individual vaccines. For example, persons with severe immunocompromising conditions—such as leukemia or untreated AIDS, or those who have had a bone marrow transplant—should not receive live vaccines.

What are the public health ramifications of fewer children being vaccinated?

Unvaccinated children are at increased risk of acquiring disease and transmitting these diseases to other children. Drops in vaccine coverage have resulted in outbreaks and resurgence of diseases. Vaccine refusal has been associated with outbreaks of invasive Haemophilus influenzae type b disease, varicella, pneumococcal disease, measles, and pertussis in the United States and other countries. For example, parts of Europe have seen large outbreaks of measles as some parents are refusing measles vaccines for their children amid safety concerns. In the 1970s and 1980s, many countries—Japan, the U.K., Sweden—saw a major resurgence of pertussis, also known as whooping cough, as safety concerns led to substantial drops in pertussis vaccine coverage.