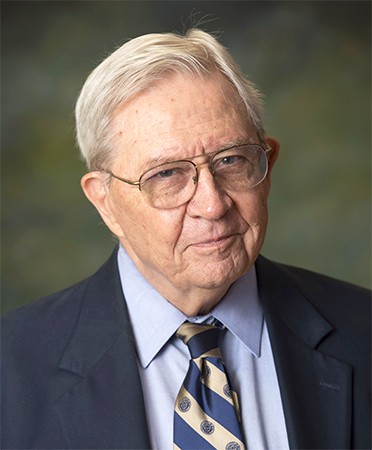 In a message sent Saturday morning to Bloomberg School faculty and staff, Michael J. Klag, dean of the School of Public Health, called Henderson—who was known as "D.A."—"a giant in public health." Klag described the eradication of smallpox as "one of the greatest public health achievements in history." Smallpox is the only human disease ever to have been eradicated.

"D.A. was a force of nature who, until relatively recently, seemed invulnerable," Klag wrote. "Public health has lost a hero, and we have lost a great friend and colleague."

In the 1950s, Henderson served as chief of the Epidemic Intelligence Service at the Centers for Disease Control, then as chief of the Smallpox Eradication Program at CDC. From 1966 to 1977, he was director of the WHO's global smallpox eradication campaign.

In the early 1950s, an estimated 50 million cases of smallpox occurred worldwide each year. The last naturally occurring case was diagnosed on Oct. 26, 1977.

"[The campaign] was a remarkable experience, and something I'm very proud to have been part of," Henderson told the Hub in January 2015 in advance of the opening of a Welch Medical Library exhibition titled Smallpox: Vaccination/Eradication. "I've held on to all my mementos and artifacts from this time because I wanted to preserve what happened, and [the campaign's] place in history."

Henderson graduated from the Bloomberg School in 1960 with a Master of Public Health and served as the school's eighth dean, from 1977 to 1990. Under Henderson's leadership, Bloomberg School faculty established 13 new centers and institutes, many of which were the first of their kind and continue to lead their respective fields. By 1990, the school's budget had more than quadrupled and enrollment had grown by 40 percent.

Dr. Donald A. Henderson, Who Helped End Smallpox, Dies at 87

Henderson received numerous awards throughout his career, including the Presidential Medal of Freedom—the nation's highest civilian honor—in 2002 and the National Medal of Science.

"D.A. was known and respected throughout the world," Klag wrote. "He was an incredible raconteur who had, it seemed, a million stories about his life in public health, ranging from the influenza epidemic of 1957 to running the WHO smallpox program to initiating and leading our nation's preparedness and response efforts for bioterrorism. ... When I became dean, he immediately reached out to offer his help and guidance. I benefited greatly from his wise counsel and kind support."

Henderson is survived by his wife of 64 years, Nana; a daughter, Leigh; and two sons David and Douglas. 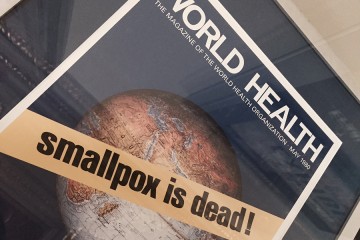 A curated history of smallpox