Our universe is expanding faster than scientists predicted, study suggests 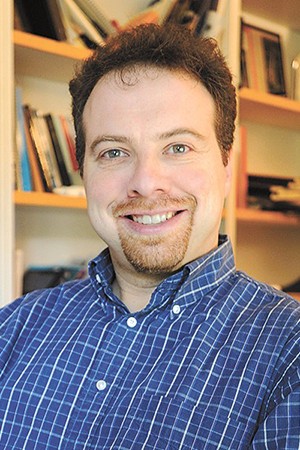 The universe appears to be expanding faster now than predicted by measurements of the rate as seen shortly after the Big Bang, according to a study led by Johns Hopkins University scientist and Nobel laureate Adam Riess.

Riess, a professor in JHU's Department of Physics & Astronomy, said the results compiled using NASA's Hubble Space Telescope could shed light on the composition of the universe and raise questions about Einstein's theory of gravity.

"This surprising finding may be an important clue to understanding those mysterious parts of the universe that make up 95 percent of everything and don't emit light, such as dark energy, dark matter, and dark radiation," said Riess, a Bloomberg Distinguished Professor at Johns Hopkins who is also affiliated with the Space Telescope Science Institute in Baltimore. The study, to appear in an upcoming issue of The Astrophysical Journal, was conducted by Riess and 14 co-authors from 11 research institutions, including Johns Hopkins.

Riess—who shared the 2011 Nobel Prize in Physics for his team's 1998 discovery that the expansion rate of the universe is accelerating, a phenomenon widely attributed to a mysterious, unexplained "dark energy" filling the universe—said the cause of the accelerating expansion of the universe is one of the great mysteries in physics. He has for years been working to improve the quality of measurement in hopes of revealing a clue. This study is part of that effort.

The new work takes a more precise measure of the expansion rate using novel techniques, building on the earlier research for which Riess and two other scientists shared the Nobel Prize. The result is unprecedented accuracy, reducing uncertainty to only 2.4 percent.

"This surprising finding may be an important clue to understanding those mysterious parts of the universe that make up 95 percent of everything and don't emit light, such as dark energy, dark matter, and dark radiation."
Adam Riess, JHU professor and Nobel laureate

The improved Hubble constant value—the measure of the speed of the expansion of the universe—is 73.2 kilometers per second per about 3 million light years. In other words, for every 3.26 million light years out, the universe is expanding 73.2 kilometers per second faster. The new value means the distance between cosmic objects will double in another 9.8 billion years.

That refined measurement raises a question, however. It does not match the expansion rate predicted for the universe from its trajectory seen by a recent satellite shortly after the Big Bang. Measurements of the afterglow from the Big Bang by the European Space Agency's Planck satellite mission yield predictions that are 9 percent smaller for the Hubble constant. The difference with the Planck measurement is 3 to 4 times the uncertainty, a significant difference.

"While there have been published doubts raised about the accuracy of some of this CMB data, taken at face-value, it appears we may not have the right understanding, and it changes how big the Hubble constant should be today," Riess said.

Charles L. Bennett, a Bloomberg Distinguished Professor and professor of Physics and Astronomy at Johns Hopkins who was not part of the research team, said the new study "makes more precise the local measurement of the expansion rate of the universe, which is one of the bedrock measurements in cosmology and has been so for decades. This important new expansion rate measurement has made the disparity with the Planck mission's expansion rate even sharper."

There are a few possible explanations for the universe's excessive speed. Dark energy, already known to be accelerating the expansion of the universe, may be shoving galaxies away from each other with even greater—or growing—strength. Another idea is that the cosmos contained a new subatomic particle in its early history that traveled close to the speed of light. Such speedy particles are collectively referred to as "dark radiation" and include previously known particles like neutrinos. More energy from additional dark radiation could be throwing off the best efforts to predict today's expansion rate from its post-Big Bang trajectory.

The speedier universe may also be telling astronomers that Einstein's theory of gravity is incomplete. 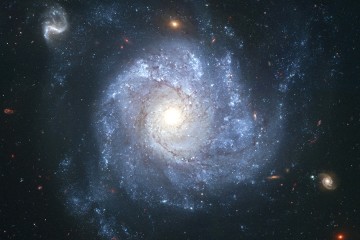 Published May 13, 2016
Effort launches with goal of bringing researchers together