Space@Hopkins initiative launches with goal of bringing researchers together 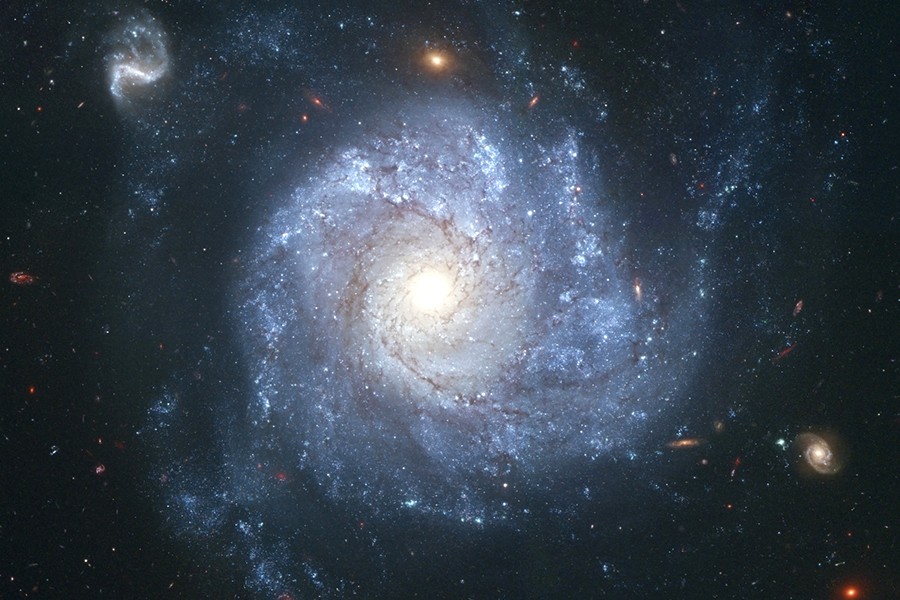 Though Johns Hopkins University has a long history with space studies that dates to before the founding of NASA, Charles Bennett couldn't help but notice how disconnected these research efforts have become across the institution. 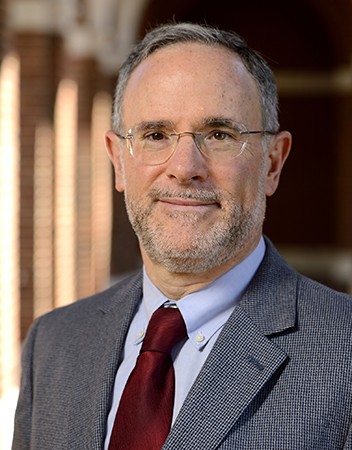 "We're a very major hub of space activity in this country, but the activities have been separate, and there's never been anything that ties them together," says Bennett, a professor of physics and astronomy and a Bloomberg Distinguished Professor at Hopkins.

Over the years, Bennett's conversations with colleagues have revealed a shared interest in somehow uniting these disparate activities—which span dozens of Hopkins divisions, from the Applied Physics Laboratory's space missions to physicists studying black holes.

The new Space@Hopkins initiative is an attempt to knit the threads together. The effort, which launched last month, includes a call for collaborative seed grant research proposals.

The initiative's new website details Johns Hopkins' rich history with space studies, from Professor Henry Rowlands' 1883 invention of concave grating—which would become a basic tool for observations in space—to last year's New Horizons mission to Pluto led by the Applied Physics Lab. In the 1920s, then-President Jonathan Ames served as a founder of the organization that would become NASA, which later honored his name through its Ames Research Center.

Today, space research takes many forms across Johns Hopkins, Bennett says, whether that's doctors focusing on astronaut health, engineers working on robotics that can be used in space, or undergraduates pursuing a minor in space science and engineering. Space-related work can also pop up in more unexpected places, Bennett says, noting a professor who recently used space imaging data to enhance an archaeological study. 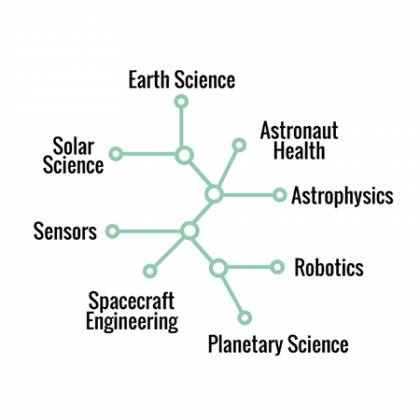 Image caption: Eight of the areas of research Space@Hopkins intends to unite

But it's still a work in progress to pinpoint all the research and specialty areas that might fit within the initiative's scope, Bennett says.

"I'm pleased with all the people who have come forward so far," he says.

In addition to creating a centralized public hub for these varied efforts, Space@Hopkins strives to foster collaborative research between people who otherwise might not work together.

"We want to use our combination of knowledge to find that spark of extra creativity and collaboration," Bennett says.

In the future, organizers are planning for social meet-ups and workshops to bring together different researchers. Assisting with research grants—whether publicizing opportunities or actually distributing seed funding—is also a big part of the mission.

The current round of annual seed grants of up to $25,000—with a May 20 deadline for proposals—is available for interdisciplinary projects involving undergraduates with prospects of leading to external research.

With Bennett as director, Space@Hopkins operates with an advisory board of professors and executives and two "space fellows": PhD students Erini Lambrides and Kirsten Hall. Questions and comments should be directed to spacestudies@jhu.edu. 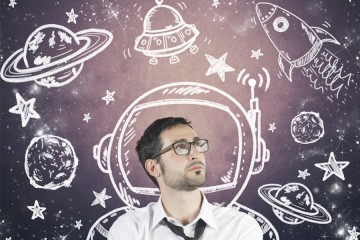