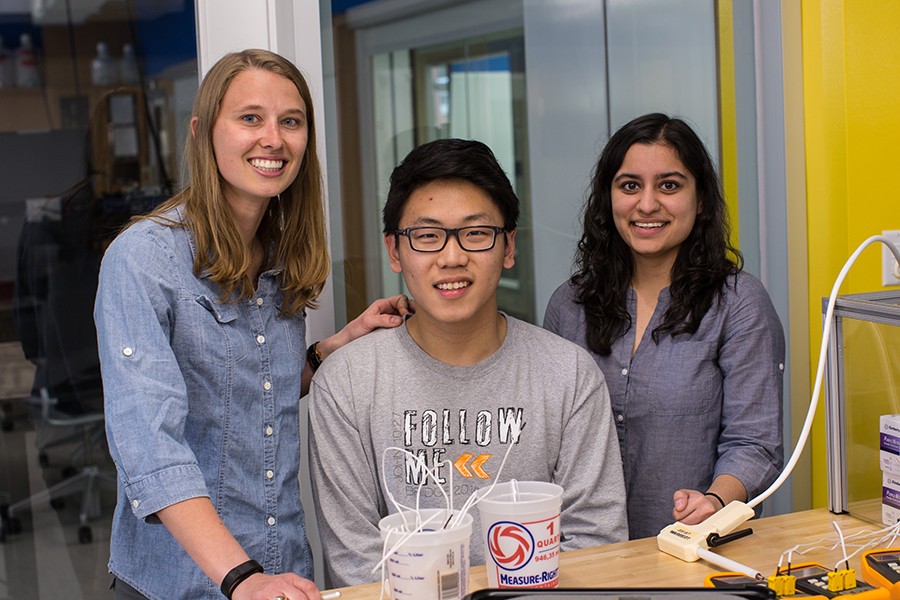 Image caption: BME undergraduate students (from left to right) Monica Rex, Ben Lee, and Sonia Trukru are part of a nine-member team working to find a new treatment option for breast cancer patients, who live in low-resource areas such as South Africa

When radiologist Susan Harvey, director of breast imaging at the Johns Hopkins School of Medicine, was searching for ways to improve access to breast cancer diagnostics and therapeutics in South Africa, she turned to the Johns Hopkins Center for Bioengineering Innovation and Design, which focuses on training the next generation of biomedical engineers.

Monica Rex, a senior biomedical engineering and Spanish major from Orlando, Florida, and her five-member student design team jumped at the idea. Within a month of meeting last summer, Rex traveled with Harvey to Johannesburg and a rural area called Hoedspruit to investigate the needs firsthand.

"It was incredible … to have the opportunity to travel to see the problems surrounding these communities and really see opportunities where our team could step in and engineer a solution," Rex says.

What they discovered is "there's a kind of chicken-and-egg problem with breast cancer," says Nicholas Durr, the director of undergraduate programs for CBID, which operates within JHU's Department of Biomedical Engineering.

There are not a lot of therapeutic options for those diagnosed because treatment is generally only offered in cities, and it's too hard and expensive for those in rural areas to travel. 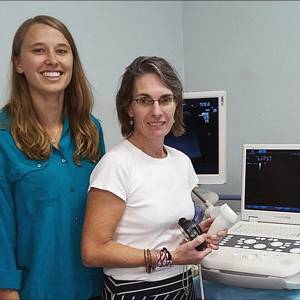 "And because there are no good treatment options for many," Durr adds, "there's also no good incentive to provide diagnosis, because if you can't do anything once you find the breast cancer, what's the point?"

The standard treatments used in South Africa are mastectomy and lumpectomy, which require a sterile environment and the assistance of an anesthesiologist. As such, they are only offered at regional hospitals, Rex says.

Rex and Harvey explored cryotherapy, an established but lesser-used option in breast cancer management that uses extreme cold to kill cancer cells. A probe inserted through the skin to the tumor delivers liquid nitrogen or gas to cancer cells, freezing them.

"Because the cold has a numbing effect, you don't need anesthesia, and because you can do it through a small needle, it's not a surgical procedure," Durr says.

But standard cryotherapy equipment is expensive, Rex says. Disposable probes are $2,000 each. In addition, the technology uses gases like helium and argon, which are inaccessible in South Africa.

Four more students joined Rex's team this semester to help consult with cryotherapy device manufacturers to design a less expensive probe that can be sterilized and reused, and that uses locally available resources. The team, named Kubanda (which means "cold" in Zulu), will showcase their prototype at the department's annual Design Day today.

"The trip to South Africa with Dr. Harvey helped me realize the importance of context in understanding the challenges that surround global health problems," Rex says. "Within a university setting, it's easy to tend toward solving problems within a vacuum. This experience has challenged my team and me to work toward a solution that will not only function in the lab but also within the context of rural clinics in South Africa." 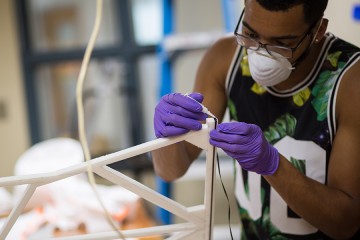