A different world: Scholars, experts reflect on 25 years of a unified Germany 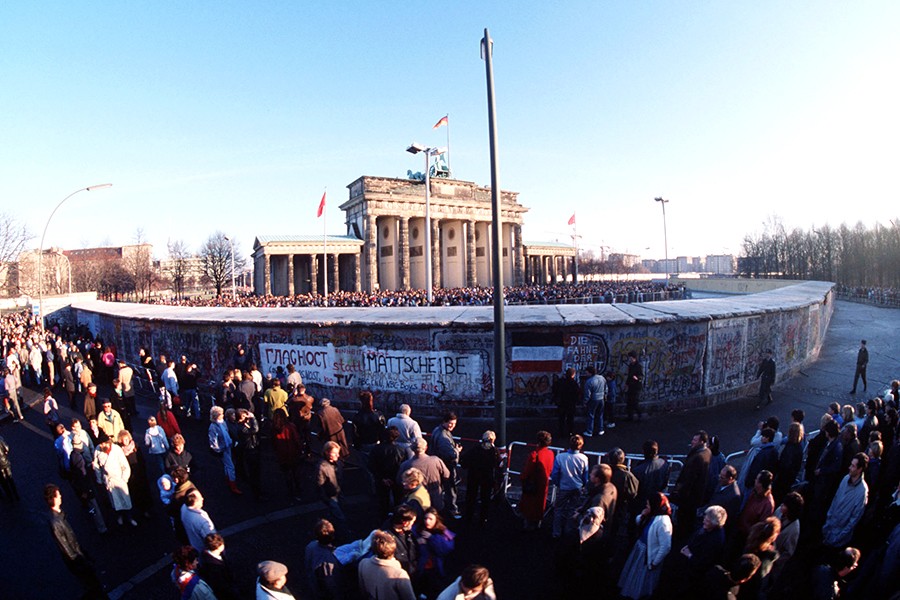 Image caption: Berlin's Brandenburg Gate on Dec. 1, 1989, the day before a border crossing from East to West Berlin was officially opened there.

Twenty-five years ago Saturday, at the stroke of midnight, the German flag was hoisted in front of the Reichstag amid a clamor of fireworks and clanging bells. A throng estimated at 1 million joined in singing the West German national anthem—now the anthem for a united Germany.

The celebration on Oct. 3, 1990, which came less than a year after the fall of the Berlin Wall, marked the official moment when East and West Germany reunited after 45 years and Berlin united as a single city.

As Germans prepare to commemorate the historic event with their annual "German Unity Day" this weekend, scholars and political leaders around the world—including experts at the American Institute for Contemporary German Studies at Johns Hopkins University—are reflecting on the changes German reunification has brought in the last quarter century.

To mark the milestone anniversary, the D.C.-based institute has collected and published a series of essays and commentaries on its website, underscoring "how unique and indeed extraordinary the German-American relationship has been," says AICGS president Jackson Janes. "Essentially what we've done is to collect analyses of the 25th anniversary and its implications for German-American affairs."

Janes says the institute sought "contributions from people who were actually on the spot at the time in 1989-90, in embassies and foreign offices and the State Department"—including former Secretary of State James A. Baker III and the U.S. ambassador to Germany at the time, Robert M. Kimmit—as well as more recent perspectives.

In his commentary, Philip D. Murphy, the U.S. ambassador to Germany from 2009 to 2013, characterizes German reunification as "perhaps, the world's biggest geopolitical miracle of the past half century."

Kimmit looks back on his experience in 1991 as the first American ambassador appointed to a united Germany in more than 50 years, "when the euphoria of unification had begun to fade." In the years following, he writes, the size of the U.S. military force stationed in Germany declined from more than 250,000 to under 50,000—"replaced in almost exact numbers by private sector workers."

In his own essay, Janes writes:

Twenty-five years after German unity, the world is different. It may not be safer. It still is beset by dangers and tensions at both the regional and global levels. But in looking at Germany within a European Union, one sees a world which not too long ago was seen as improbable. How many times was the phrase about the possibility of German unification—"Not in my lifetime"—mentioned prior to 1989?

Reflections on the anniversary are also expected to play a part in the institute's Annual Global Leadership Award Dinner next month in New York. The event will take place just days before the 26th anniversary of the fall of the Berlin Wall. 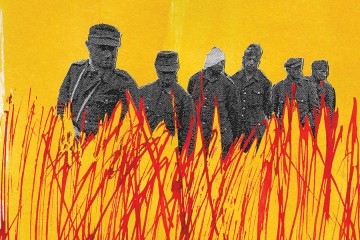 From ashes to amity

Published Summer 2015
After World War II, Germany faced the need to reconcile with its enemies. Other nations could learn from how it did so. / Johns Hopkins Magazine 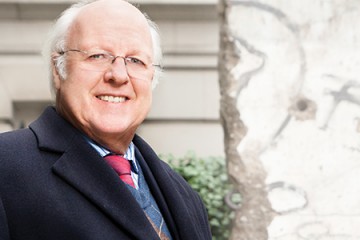