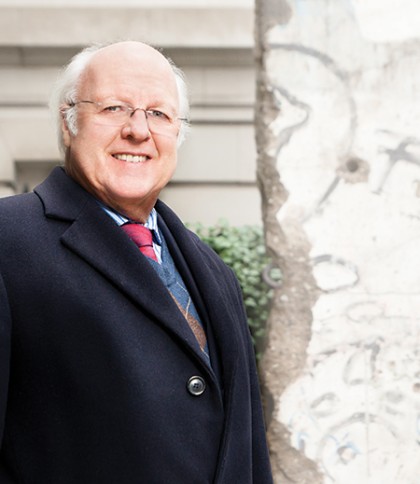 Next year is the 25th anniversary of German unification. We are looking to examine how a united Germany has handled integrating the two parts, how Germany has evolved into Europe's leading country, and how German-American relations have evolved on the global stage.

2. What keeps you up at night?

Trying to keep track of the many political, economic, and social dimensions of changes going on in Germany and the United States simultaneously, and figuring out how we can communicate their importance across the Atlantic to our many audiences.

If things go well, in 10 years the European Union will likely be a more integrated continent, hopefully playing a more significant role not only in Europe but also on the world stage. If things go wrong, Europe might be a more fragmented continent moving at different speeds. Either way, it will be of enormous importance to the United States.

4. Tell me something I don't know about Johns Hopkins.

JHU was an idea shaped by the great universities in Germany in the 19th century and was created on their model of research and teaching. Mention JHU in Berlin, Goettingen, Heidelberg, or Tuebingen, and most people will immediately recognize the three letters—even though they still don't understand why the first name is Johns.