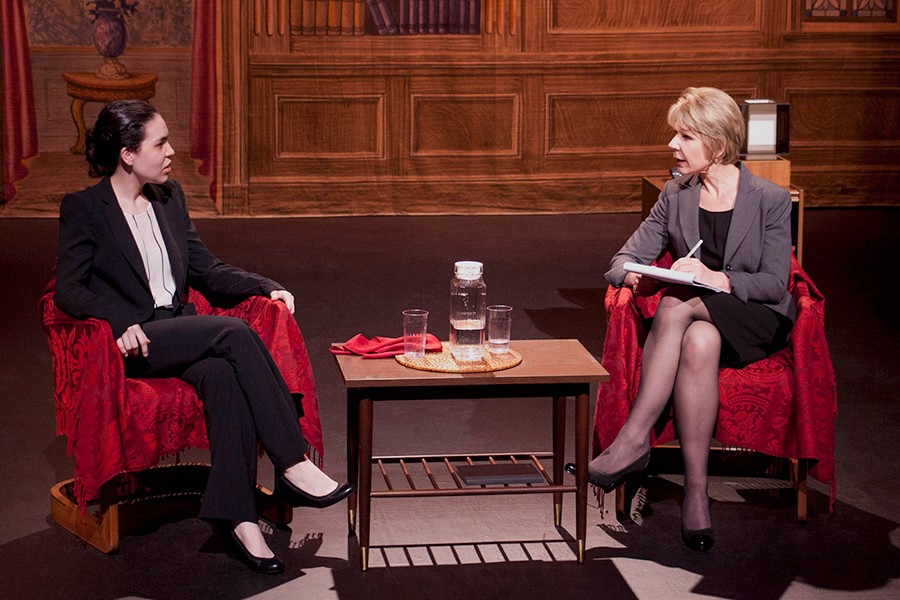 Image caption: Monica Lopez-Gonzalez and Peg Nichols in 'In Session.'

Monica López-González plays a woman who is so rational and completely scrutinizing of her emotions that at times she seems almost robotlike to her therapist. Perhaps too robotlike.

For López-González's new play, In Session, the artist/cognitive scientist and Johns Hopkins alumna explores the tricky quandary of one of British computer scientist Alan Turing's tests, wherein a human interrogator tries to determine if the intelligence with whom she is communicating is human or machine. It's the same territory—the uncanny valley separating humans from artificial intelligence—explored in recent movies such as Her and Ex Machina, only López-González doesn't pose the question as purely as does the realm of science fiction. Rather, she takes a very human approach. How do we define the consciousness and creativity that make us human?

In Session, which is written, produced, and directed by López-González's La Petite Noiseuse Productions and hosted by JHU's Homewood Arts Programs, will be staged June 5, 6, 7, 11, 12, 13, and 14 at the Swirnow Theater in the Mattin Center on the university's Homewood campus. Additional shows are scheduled for June 19 and 20 at the Cabaret at Germano's.

"This play is very much an essay in philosophy of mind made for drama," López-González says. "I took key questions that are currently being asked in the field of AI—What is consciousness? What is mindfulness? How does memory work in creating mindfulness and consciousness?—as the main topics. And if I can put two humans together in the Turing test, there are enough stories there to wonder if we truly are different from robots. Are we robots ourselves, highly intelligent organic machines?"

In Session, López-González plays the client opposite a therapist, played by Peg Nichols. Very little background story about either character comes out over the course of the roughly 85-minute play; they're familiar in the client-therapist sense, but it's a very superficial relationship. Their conversation starts with the ordinary—the client shares a story involving a nosy neighbor, the therapist sympathizes by recognizing this type of person—but subtly moves into more heady, contemplative terrain. The narrative, at times, feels more logically argued than dramatic, the emotional ground traveled more intellectually considered than experienced. And that's by design: Session is a doctor-patient meeting masquerading as an abstract, cerebral discussion, one that feels informed as much by the French Nouveau Roman (whose authors experimented with liberating storytelling from conventional realist devices) as by López-González' extensive cognitive science interests. For her, the stage is a laboratory space as much as a dramatic one.

During Session, pianist Todd Simon, a Peabody Institute alum, improvises the soundtrack offstage. He doesn't start playing until the therapist turns the radio on, and he becomes the sometimes jazzy, sometimes ambient, sometimes plaintive, sometimes somber background noise accompanying, commenting upon, and otherwise interacting with the actors. The setup makes for a number of quite compelling sequences—each performer receives a lengthy monologue, and the sequence becomes a complex duet between human and musical emotions.

As with Moments and Partida, López-González is documenting every Session production with audio and video so she can study how the improviser is interacting with the input. It's a way for her to examine the creative processes of the brain. In February she delivered the keynote address at the 2015 Human Vision and Electronic Imaging XX conference in San Francisco. Her talk, titled "Cognitive Science Meets Art: Exploring Creativity, Language, and Emotion Through Live Musical Improvisation in Film and Theater," was shaped by the data she collected during her first two productions.

"I was looking at the musical translation of scenic cues, verbal cues, body language cues," she says of the paper. "Because the music's improv, I was able to look at different nights, different combinations, and see if there was pattern or not, how the real-time process works. I was curious to see what the pianist would improvise and why through time because my constant variable was the script. Even though there were specific cues [in the script], I knew harmonically and melodically there would be differences, and I was curious to see what those were."

We all have assumptions about what emotions sound like, much of it informed by watching movies and television: slow tempo and minor keys for sadness, upbeat and horns for joy, etc. Partida allowed López-González to see how an improviser creates music that complements emotions on the spot. Session introduces a new wrinkle to her interests in creativity: how an improviser responds when the typical emotional cues aren't there, when the subject matter is more intellectual and abstruse.

"When you have improv, I'm not dictating to him what to do, so I can see how an artist interprets all this information," she says. "And the question becomes, Is that random or not random? That's what I'm trying to look at, this chaos of creativity. Because the problem with artificial systems is yes, they're smart, but they can't create. That's a big question for AI. We don't understand creativity, and by doing these types of experiments, I'm able to get something that's not artificially prepared in a lab setting. Yes, I have way more variables, and science would say that it's messy. But why should one be afraid of so many variables, because that's reality. If we can't model that, then how are we ever going to solve it? Real life is messy and chaotic; you don't have an ideal setting in the lab.

"I think that's why we're behind in understanding human creativity," she adds. "We've controlled it and boxed it in so much, looking for simple correlations, stimulus response, cause and effect, in that little situation. So no wonder computers don't know how to deal with the everyday. We haven't modeled that." 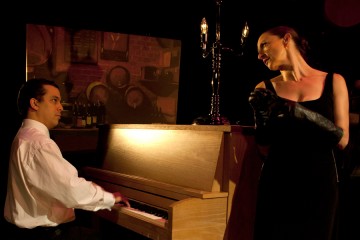 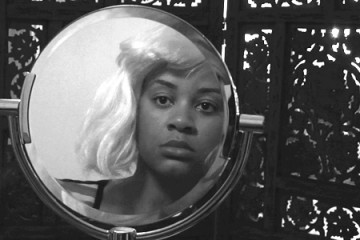 An experiment in emotion