As the Ebola virus continues to spread across West Africa, complex ethical challenges abound related to the use of untested interventions, quarantines, special care, and other issues.

Faculty members from the Johns Hopkins Berman Institute of Bioethics recently shared their thoughts on some of these difficult questions.

Should there be a travel ban from Ebola-infected countries?

Holly Taylor, Berman Institute core faculty: No. There is no evidence that travel bans have been effective in limiting the spread of infectious disease in any previous infectious disease outbreak and it is unlikely that any such ban on Ebola-infected countries will limit the spread of Ebola. Indeed our attention should be on how best to help Ebola-infected countries where the outbreak is raging rather than spending any human or financial resources required to enforce a travel ban.

Is it ethical to quarantine people in their homes when they have shown no symptoms of Ebola?

Ruth Faden, Berman Institute director: Under the right conditions, legally restricting a person's movements to protect the health of others can not only be ethically permissible, but even ethically obligatory. But the 'right conditions' are key; the well-being of the quarantined person must be guaranteed.

This is basic public health ethics. People in quarantine need to be provided the resources to maintain as decent a quality of life as possible. They need to be treated with respect. They need to feel secure that their needs and the needs of their family will be met and that they will have reliable and regular access to appropriate information about any ill loved ones, as well as their own risks.

Is it ethical to release the names of quarantined people to the media? What about people who have been confirmed to have Ebola?

Jeffrey Kahn, Berman Institute deputy director for policy and administration: It's not considered good public health practice to release the names of individuals who have contracted infectious diseases. Public health professionals fighting the spread of infectious diseases do not disclose identities; with the cooperation of those who are infected, professionals trace their contacts, find those people and help them get medical evaluations and attention as needed. Individuals have a right to have their privacy protected, and it is very rare that the risk to the public would override those rights to privacy. I don't see how being infected by Ebola is a case that alters that balance.

Is it ethical to travel if you could possibly have been exposed to Ebola?

Taylor: This is a question of personal integrity and civic responsibility. If you are a health care provider and have been exposed to a patient with active Ebola, even if you did so following appropriate precautions (for example, wearing personal protective equipment), I think it is in your best interest as well as the interest of those around you to not travel beyond your routine commute from your place of work to home. In fact, if you are assigned to a team designated to care for an Ebola patient, your employer should give you an option of staying on site rather than asking you to return home after each shift if you are concerned about exposing members of your family to Ebola.

Was it ethical to airlift foreign health workers out of West Africa while leaving local clinicians and patients there?

Nancy Kass, Berman Institute deputy director of public health: Yes, this was an ethically acceptable thing to do. There are very special commitments that we make—and we must make—ethically to the health care providers who are willing to serve. In this outbreak, these people agreed to help out in an epidemic that has a 60 percent mortality rate. If we are going to ask this of doctors and nurses, we must promise them not only high quality training and protective equipment going forward, but also that if something happens, we will take care of them.

Someone must take care of the heroes who are volunteering to take care of people in West Africa, and within a very challenging context; they absolutely must be guaranteed first-rate treatment should they become sick. And it is important to note that, at least so far, it is employers who are bringing home their own employees if someone becomes sick. It is not a governmental or international organization choosing one group over another. Rather, there are commitments that employers, including relief agencies, make to their own employees, to bring them home should something happen to them.

Was it ethical to give only non-African Ebola patients ZMapp?

Kass: In the case of the two American patients that received ZMapp, the two patients clearly got better, but we still have no way to know whether the ZMapp had anything to do with their recovery. They both were given the highest quality supportive care through an ICU, and at least one of them had convalescent serum before getting the ZMapp.

The decision to give an experimental drug to one or two people is completely different than the decision one would make to roll it out more widely to communities or a country as a whole. There are reasons why drugs have to be tested before we give them to people—they could cause additional harm, and it can be difficult to gauge real benefits outside of a controlled study.

Moreover, there is a sad but important history of the accusation of exploitation when Westerners use experimental drugs in Africa. We need to tread very carefully here. We also can lose trust—as can local health care providers—if the provided treatments don't work. There is already hesitation about coming to health centers in West Africa because there is so little they can do. It is absolutely critical to start testing medicines in rigorous but creative ways, to determine if they are helpful against Ebola, and then identify ways to get this to Africans as quickly as possible.

It's easy to look at ZMapp and call it a treatment, but the fact is it's been tested on monkeys—that's it. From what I understand, the two American patients made informed medical decisions to receive the drug; if they had not recovered, or if a completely unproven drug had been tested on sick West Africans, especially with negative outcomes, we would be having a much different conversation. 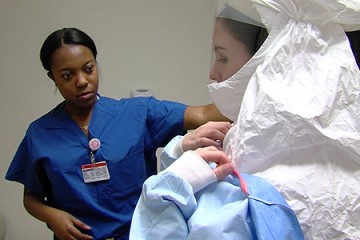 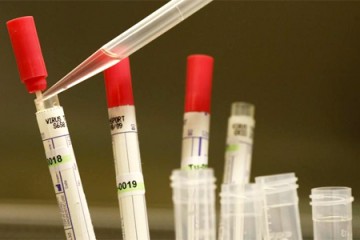