Ebola facts: What is the Ebola virus and how is it transmitted? 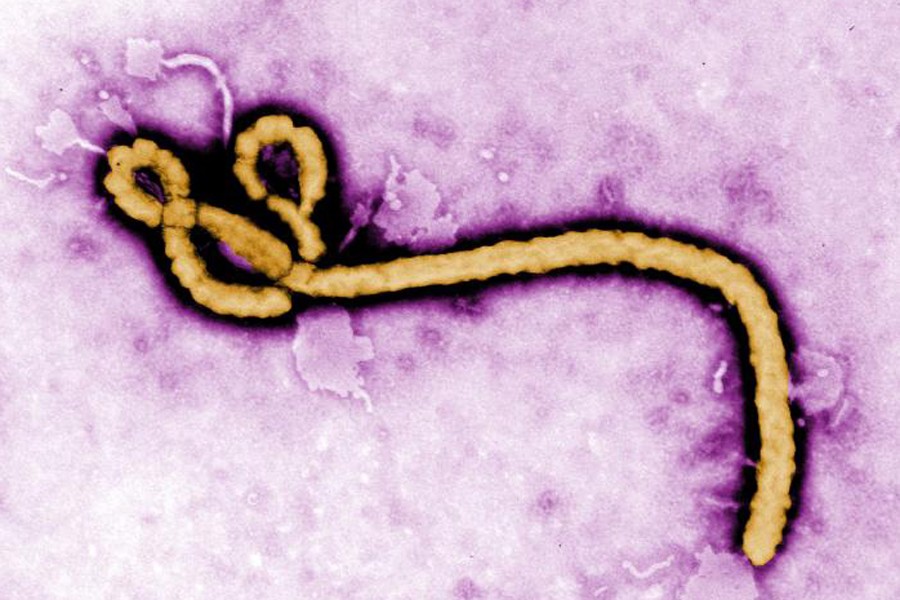 Kristina Obom, director Advanced Academic Programs' Center for Biotechnology Education, teaches a course called Emerging Infectious Diseases. The maladies addressed range from diseases that have reappeared in altered genetic forms, such as the influenza virus and the West Nile virus, to the lethal hemorrhagic fever caused by the Ebola virus. 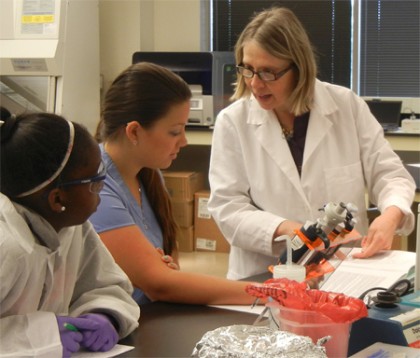 The ongoing Ebola outbreak in West Africa has killed more than 900 people to date and has triggered an international public health emergency. Last week, two Americans who contracted the disease while doing medical missionary work in Africa were transported to Emory University Hospital in Atlanta for treatment.

We spoke with Obom about the Ebola virus, her course, and about the success of her graduates.

Ebola is the name of a virus that causes an acute hemorrhagic disease. The virus is a member of the family Filoviridae, named for their long filament-like appearance in the electron microscope.

The first outbreak detected was in 1976 in Zaire (now the Democratic Republic of the Congo). Since then there have been sporadic outbreaks in sub-Saharan Africa. None of them were as large as the current outbreak.

How do people contract Ebola?

It is thought that the natural reservoir of the virus is bats, and that monkeys become infected from the bats, and humans are infected from monkeys or bats. What makes this virus particularly dangerous is that humans can transmit it through contact with body fluids. The incubation period for the virus is 2–21 days, and initial symptoms are flu-like.

Should Americans be scared, especially considering patients with Ebola have been brought to Emory University Hospital for treatment?

Americans in the U.S. should not be scared. Since transmission of this virus requires contact with body fluids, in order to be infected you have to be close to a very sick individual. The virus is not spread through the air as flu is. Also the facilities at Emory University are set up to handle this kind of infection containment.

Tell us about you infectious diseases class. What topics do you discuss? What do you hope students learn from the course?

In Emerging Infectious Diseases we cover transmissible diseases that have arisen in the last 30–40 years, either because they have made a resurgence, such as dengue; have taken on drug resistant characteristics, such as malaria; or are newly arisen or recognized, such as Ebola or avian influenza. The goal for the course is for students to understand the biology, pathogenesis, and epidemiology of the particular organism; determine the factors for emergence of the agent; and understand aspects of the public health response including communication, surveillance, and laboratory methods for identification.

How are you going to approach the topic of Ebola this fall in your class?

Every time I teach this class there is some new outbreak, so we will start the class with a focus on the current Ebola outbreak. There are several aspects to consider. First we will consider the virus and its pathogenesis. The mortality rate for this outbreak is lower than for other large outbreaks of Ebola. Is that a function of the virus' pathogenicity, reporting, or better treatment? How are people being treated? We will look very closely at all aspects of the public health response. Finally we will look at the new treatment and the upcoming vaccine trials

To learn more about Ebola virus, visit the CDC website at http://www.cdc.gov/vhf/ebola/index.html. 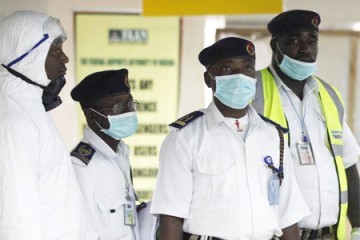