How did it all begin?

That is the fundamental question that Johns Hopkins astrophysicists Charles Bennett and Tobias Marriage hope to shed light on with the latest project, the Cosmology Large-Angular Scale Surveyor—CLASS, for short—a telescope being built in labs at the university's Bloomberg Center for Physics and Astronomy. Their efforts are detailed in the new Summer 2014 issue of Arts & Sciences Magazine.

"When we look at the sun, we see light that has been traveling to us for eight minutes, so we're not seeing what happened now, but eight minutes ago," Bennett explains. "When we look at Proxima Centauri, the next nearest star, we're seeing what it was like four years ago. It's a time machine. But this is the magic that lets us know things. We don't have to guess what the universe was like in its earliest existence. We can actually see it."

In a recent NPR interview, Bennett talked about the two scientists, Arno Penzias and Robert Wilson, who first found the faint afterglow of the Big Bang in May 1964. Fifty years later, Bennett and others have devoted their careers to building on that discovery.

To do that, Bennett and his team will use the high-powered CLASS telescope, which, once complete, will be set up in the Atacama Desert in northern Chile. Eventually, Bennett says, there will be four telescopes, each scanning the sky at different frequencies. If all goes according to plan, all four should be up and running by 2017, and, from that point, it shouldn't take long for the CLASS team to have definitive answers.

Light from the sun may take eight minutes to reach Earth, but it has taken light from the beginning of the universe 13.8 billion years to reach our planet. When operational at the end of this year, the first of CLASS's four-telescope array will begin analyzing the cosmic microwave background (CMB), the faint afterglow of energy released during the first trillionth of a trillionth of a trillionth of a second of the universe's existence. Astrophysicists hypothesize that within that fraction of a second, what we know as our "visible universe" suddenly expanded from smaller than an atom to astronomical in size. It's a theory known as "inflation," and so far, it's the best explanation for what happened in the very first moments of the universe. But, like any theory, it requires observational verification.

According to the theory, gravitational waves were produced during inflation, imposing a polarization pattern on the CMB. This past March, researchers from the Background Imaging of Cosmic Extragalactic Polarization (BICEP2) collaboration, a multi-institution partnership, announced that they had found the first evidence of the gravitational waves that would verify the inflation theory.

"Up until now most thought that this signal would be far too weak to detect, but the recent claimed detection has changed all that. The brightness was reported to be far above expectations based on the broad set of current cosmology data," says Bennett, who joined Johns Hopkins in 2005 after 20 years at Goddard Space Flight Center.

There remain two questions: Is the evidence correct? And, if so, what does it mean for cosmology? To address these issues, Bennett and Marriage say additional independent data are urgently needed. "CLASS is well-positioned to do this," Bennett says. "It is unique because it uses different technologies and observes most of the sky at multiple different frequencies. The BICEP2 telescope, located at the South Pole, was limited to a single small patch of less than 1 percent of the sky." Verifying the BICEP2 data and obtaining additional data are essential to answer the question, How did the universe begin? 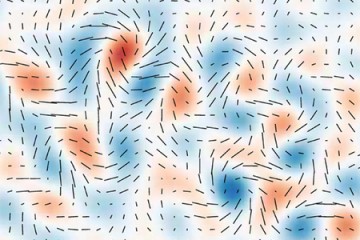 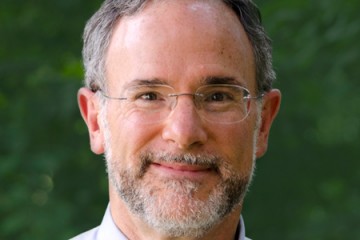