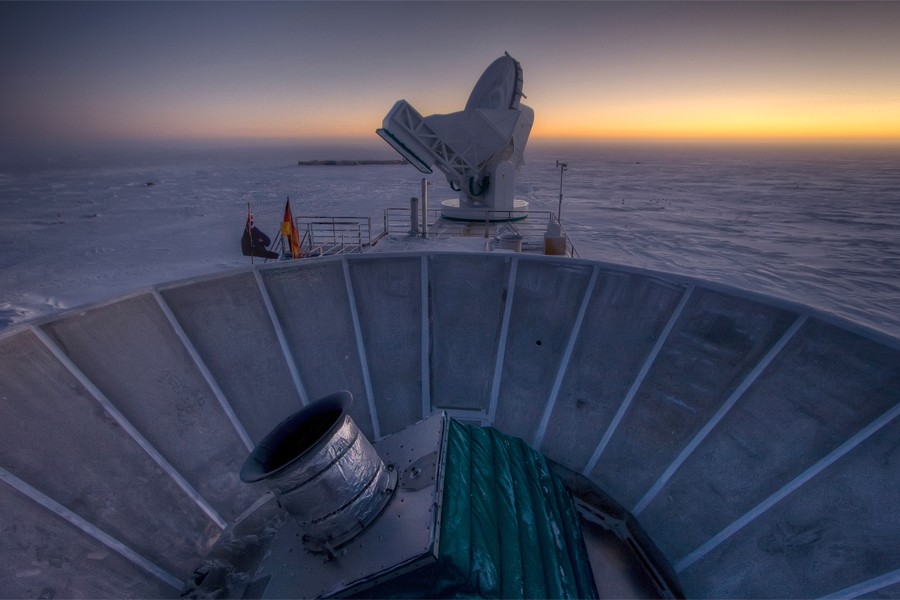 Image caption: The sun sets behind BICEP2, in the foreground, and the South Pole Telescope.

A team of observational cosmologists may have found evidence that cosmic inflation occurred a fraction of a second after the Big Bang by detecting a signature pattern that was predicted 18 years ago by Johns Hopkins University cosmologist and theoretical physicist Marc Kamionkowski. 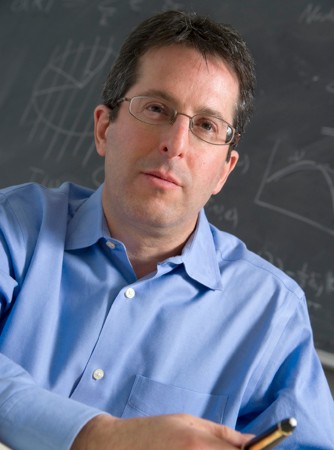 At a news conference Monday at the Harvard-Smithsonian Center for Astrophysics in Cambridge, Mass., researchers announced the first direct evidence for this sudden and vast expansion of the universe. Their data also represent the first images of gravitational waves, or ripples in space-time. These waves have been described as the "first tremors of the Big Bang."

The results came from observations by the BICEP2 telescope, located at the South Pole, of the cosmic microwave background—a faint glow left over from the Big Bang. Tiny fluctuations in this afterglow provide clues to conditions in the early universe. This marker is part of a long-sought signature of events that occurred a breath after the Big Bang and has major implications for our understanding of the first moments of the universe more than 14 billion years ago.

The four appeared at Monday's news conference along with Kamionkowski, who was not part of BICEP2.

The team suspected that one unit, called B-modes, would appear reversed in a mirror image in a swirly pattern when observed through the CMB. BICEP2's announcement is the first step in supporting that claim.

The magnitude of these B-modes sheds light on the new physics responsible for inflation, or the immediate expansion of the universe at its beginning. In essence, this discovery created a new field of study in cosmology.

Kamionkowski, a professor in Johns Hopkins' Department of Physics and Astronomy since 2011, is considered one of the world's leading theoretical physicists for his work in large-scale structures and the early history of the universe. He has spent much of his career researching astrophysics, cosmology, and elementary particle theory.

"I'm trying to maintain a sober caution because extraordinary results really do require extraordinary scrutiny," he said, "and the results that were announced have yet to be vetted by the outside community."

Several predictions of cosmic inflation have been verified by a number of measurements over time, but primarily by NASA's Wilkinson Microwave Anisotropy Probe, or WMAP, led by Johns Hopkins astrophysicist Charles L. Bennett. He, along with cosmologist and assistant professor Tobias Marriage, currently co-leads the Cosmology Large-Angular Scale Surveyor (CLASS) project, which will perform work similar to that carried out by the BICEP2 collaboration. CLASS is an instrument that will be located in Chile and is designed to test the inflation theory's account of the first moments of the universe.

Johns Hopkins and others in the astronomical community will continue to test and verify the BICEP2 findings. Meanwhile, Kamionkowski, who is not a member of the BICEP2 team, was recognized as one of the theorists and participated in a host of events applauding the released results.