Johns Hopkins University and Morgan State University today will join forces in a new collaborative educational program designed to combine the strengths of both institutions to benefit their students and faculty members, as well as the fields of science and engineering.

The Extreme Science Internships program will build a bridge between talented science and engineering students at Morgan State and faculty and researchers at the Hopkins Extreme Materials Institute (HEMI)—where researchers work to advance the fundamental science associated with materials and structures under extreme conditions, such as high-velocity impact—as well as other universities, laboratories, and research institutes in nine states and Germany.

The partnership will be announced this morning at Morgan's Center for the Built Environment and Infrastructure Studies, where Johns Hopkins University President Ronald J. Daniels and Morgan State University President David Wilson will formally sign an agreement formalizing the program.

The program's first eight students will begin work this summer—three at Johns Hopkins, two at the California Institute of Technology, one at Drexel University, one at the Southwest Research Institute (Texas), and one at the Ernst Mach Institut in Germany. The student interns will work on projects involving computational mechanics, high-energy density physics, molecular dynamics, computational sciences, multiscale materials research, and more.

Jaime Arribas Starkey-El, a 20-year-old Morgan State junior from Baltimore, is looking forward to the opportunity.

"I am really attracted to Caltech's interdisciplinary culture and small size; their research ecosystem is among the best in the world. The faculty consists of top scientists who are extremely passionate about what they do. I aspire to go there for my graduate studies," said Starkey-El, an engineering physics major. "Through the Extreme Science Internship program, I hope to make meaningful contributions to science and to make great connections in the process."

T.E. Schlesinger, Benjamin T. Rome Dean of the Whiting School of Engineering at Johns Hopkins, where HEMI resides, sees the program in the larger context of Johns Hopkins Engineering's mission to make a positive impact on the world.

"In my view, the quality that defines the academic pursuit of engineering is its power to move beyond the traditional boundaries of universities to solve real-world problems and to make life better for people," Schlesinger said. "It is partnerships such as this new one between Johns Hopkins and Morgan State that will allow us to do important work that makes a difference. The incredible global demands of the 21st century demand such strategic collaborations."

"The JHU-Morgan Extreme Science Internship program enables us to redefine the model for undergraduate and graduate research opportunities," Kennedy said. "The antiquated model of simply sending students to institutions with no previous research experience is not viable in today's competitive global STEM ecosystem."

K.T. Ramesh, director of HEMI, considers the program a "major investment" in the future.

"Scientists understand the world. Engineers change it. Our aim is to educate the people who will change our world," Ramesh said. "Just as important, Johns Hopkins and Morgan both are dedicated to engaging with and supporting Baltimore City and the state, and this program presents a concrete example of that commitment." 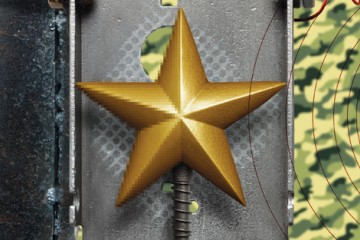