Nearly two years after the conclusion of its space shuttle program left Americans wondering what would become of the spacefaring dreams of decades past, NASA has sought the advice of health and ethics experts to protect astronauts on its "next generation" of long-duration and exploration-class human space flights. 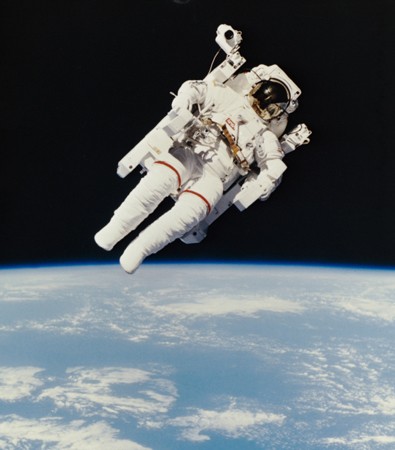 Such missions, including extended stays at the International Space Station and flights to Mars, have higher risks and are unlikely to meet the space agency's current health standards.

On Wednesday, an Institute of Medicine committee issued a report, commissioned by NASA, stating that relaxing current standards or adopting new standards specifically for long-duration or exploration missions would be arbitrary and "ethically unacceptable." The report provides ethical guidelines for decision-making about if and when rare exceptions to existing standards should be made.

The IOM committee noted that tit did not make conclusions or recommendations about the value or advisability of future human spaceflight.

"Astronauts put their lives and health at great risk for their country and humankind," said Jeffrey Kahn, chair of the IOM committee and a professor at the Johns Hopkins Berman Institute of Bioethics. "Our report builds on NASA's work and confirms the ethical imperative to protect astronauts' health while fulfilling the agency's mission of exploration."

The report recommends changes in policies regarding lifetime healthcare and monitoring of astronauts, and it endorses continued provisions for the privacy and confidentiality of their health data.

First, the committee says, NASA should decide whether it is acceptable to risk astronaut health and safety for missions that could exceed the health standards. If NASA decides such missions are ethically acceptable, it must then determine the process and criteria for granting exceptions. NASA should also ensure both "equality of opportunity" to participate in these missions, and that participation is voluntary, the report says, noting that astronauts must be fully informed of all risks as they are known&mdfash;before, during, and even after long-duration and exploration missions.

Side effects of exposure to microgravity environments in space, NASA says, can include vision impairment, bone loss, behavioral changes, and increased cancer risk due to radiation exposure. Longer and more distant spaceflight would increase these risks and could create additional, "perhaps unforeseeable" risks, the report notes.

"From its inception, space exploration has pushed the boundaries and risked the lives and health of astronauts," Kahn said. "Determining where those boundaries lie and when to push the limits is complex. NASA will continue to face decisions as technologies improve and longer and farther spaceflights become feasible. Our report builds upon NASA's work and compiles the ethics principles and decision-making framework that should be an integral part of discussions and decisions regarding health standards for long duration and exploration spaceflight."