Minimizing a person's sight for as little as a week may help improve the brain's ability to process hearing, neuroscientists have found.

Hey-Kyoung Lee, an associate professor of neuroscience and researcher at the Mind/Brain Institute at Johns Hopkins University, along with biologist Patrick Kanold at the University of Maryland, College Park, examined the relationship between vision and hearing in the brain. Their findings were published today in the journal Neuron.

Music experts often cite blind musicians Stevie Wonder and Ray Charles as examples of how a lack of sight can heighten or enhance hearing. Scientists, however, did not fully understand just how that happened until now.

In experiments using mice, Lee, Kanold, and other researchers from the two universities were able to uncover how the neural connections in the area of the brain that manages vision and hearing work together to support each sense. These findings could help those experiencing hearing loss regain more use of that sense.

"In my opinion, the coolest aspect of our work is that the loss of one sense—vision—can augment the processing of the remaining sense, in this case, hearing, by altering the brain circuit, which is not easily done in adults," Lee said.

"By temporarily preventing vision, we may be able to engage the adult brain to now change the circuit to better process sound, which can be helpful for recovering sound perception in patients with cochlear implants, for example."

In their experiments, the researchers placed healthy adult mice in a darkened environment to simulate blindness for about a week and monitored their response to certain sounds. Those responses and brain activity were then compared to a those of second group of mice that were in a traditional, naturally lit environment.

"Our result would say that not having vision allows you to hear softer sounds and better discriminate pitch," said Lee, an expert on how the brain processes vision. "If you ever had to hear a familiar piece of music with a loud background noise, you would have noticed that sometimes it seems the beat or the melody is different, because some of the notes are lost with the background. Our work would suggest that if you don't have vision you can now rescue these 'lost' notes to now appreciate the music as is."

The researchers concluded that a certain set of connectors in the primary sensory areas of the brain, called thalamocortical inputs, are less flexible in humans later in life. When another sense also is impaired, however, those connectors can be reactivated to support the sense that is lagging.

The University of Maryland's Kanold, whose expertise is in how the brain processes sound, is hopeful that the study's findings will apply to humans.

"We don't know how many days a human would have to be in the dark to get this effect, and whether they would be willing to do that," Kanold said. "But there might be a way to use multi-sensory training to correct some sensory processing problems in humans."

Presently, the changes uncovered by the group are reversible, meaning the mice that experienced simulated blindness eventually reverted to normal hearing after a few weeks in a normal light-dark environment. In the next phase of their five-year study, Lee and Kanold plan to look for ways to make the sensory improvements permanent. The pair also said they will look beyond individual neurons to study broader changes in the way the brain processes sounds. 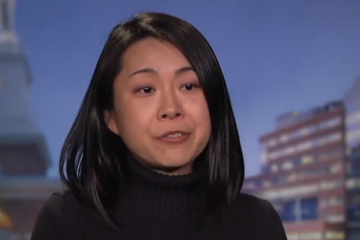 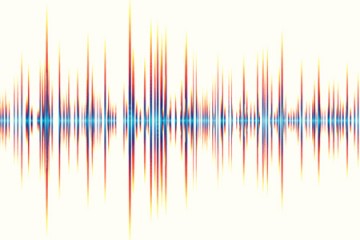 Your brain on silence