Nadia L. Zakamska of the Department of Physics and Astronomy at Johns Hopkins University has been awarded the 2014 Newton Lacy Pierce Prize for outstanding achievement in observational astronomical research. 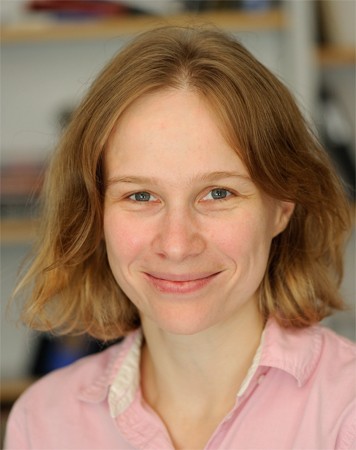 Awarded by the American Astronomical Society, the Pierce Prize is given annually to astronomers for excellence over the past five years in observational astronomical research based on measurements of radiation from an astronomical object. Recipients must be younger than 36 years old.

"Scientific research is competitive and so it is quite exciting, as well as humbling, to be singled out and cast in a favorable light," said Zakamska, an assistant professor in the department. "Part of the citation for the prize is for my past research and part is for the projects that my group is actively working on, which is inspiring and motivating. I am honored and grateful for this vote of confidence from the astrophysics community."

Daniel Reich, chair of Physics and Astronomy at Johns Hopkins, said the award is well-deserved.

"We are very excited that Dr. Zakamska's groundbreaking work has been recognized in this way," Reich said. "Dr. Zakamska stands out in her ability to conduct world class research in both theoretical astrophysics and observational astronomy, and she continues to be an asset to our department and to the university."

The award includes the opportunity to give a presentation about her research at one of the annual AAS meetings.

"The audience for that is much broader than what one can expect to reach with a regular professional talk or publication," Zakamska said. "I am looking forward to the extra exposure and if that leads to any new collaborations, I would be enthusiastic for it."

Most of Zakamska's research interests are in extragalactic astronomy. She uses observational and theoretical methods to uncover the physical mechanisms that govern the appearance and evolution of galaxies and that limit their maximal masses. One focus of her research is on the strong effect that massive black holes, routinely found in the centers of galaxies, induce in their galaxy-wide environment. The interplay between black holes and their host galaxy is a major uncertainty in galaxy formation theory, and Zakamska studies this phenomenon using large ground-based and space-based telescopes.

Zakamska came to Johns Hopkins in August 2011 from the Kavli Institute for Particle Astrophysics and Cosmology at the SLAC National Accelerator Laboratory at Stanford University. She earned her master's degree in theoretical physics from the Moscow Institute of Physics and Technology in 2001 and her PhD in astrophysics from Princeton University in 2005.

In 2011, Zakamska received the Sloan Research Fellowship, an honor that recognizes early-career scientists and scholars with two-year $50,000 grants aimed at helping them establish their laboratories and advance their research.