So, how about those Oscar noms?

Early this morning, Thor announced the nominations for the 86th annual Academy Awards. (Trust us: There is nothing better than oatmeal with a side of Chris Hemsworth.)

Most people agree, this was a fantastic year for film. Chiwetel Ejiofor wowed us with his powerful portrayal of Solomon Northup. A bunch of Broadway divas sang their Frozen faces off in one of the best Disney movies ever made. And Meryl Streep was all Meryl Streep in the streepest way ever. (We streepin' love her!)

Of course, these are just our Hubby opinions, but we wanted to hear from a pro. So we called up our friend Linda DeLibero, director of the Film and Media Studies program at Johns Hopkins, to ask what she thought.

This was a great year for film, and for small films—or for what Hollywood considers "small." People are looking at the list [of Best Picture nominations] and saying there's no theme. I think that's great! I can also think of a half dozen other films that should be on that list, and I hope it's like that next year.

Did anything shock you?

I thought Robert Redford was going to be a shoo-in [for his performance in All Is Lost]. It's a crowded after-field this year, but boy, Robert Redford—that's shocking. I'm not as surprised about Tom Hanks, who basically gives a performance of which the last five minutes are incredible.

The last five? So you didn't love Captain Phillips?

I don't think Captain Phillips has any business being on the [nomination] list. I'm also not a fan of Gravity, and I'm not a fan of [Sandra Bullock]. There are a couple of films on there I'd take off.

Which film do you think will win?

12 Years a Slave is an extraordinary film. It's sui generis: There's certainly nothing ever made like it. I think it will win. If you took that off the list, then maybe The Wolf of Wall Street.

Wolf was great! Do you think Martin Scorsese will win for Best Director?

If [Best Picture] goes to 12 Years a Slave, then Steve McQueen will probably take it. If not, then maybe Scorsese or Alfonso Cuaron [for Gravity]. Sometimes Scorsese deserves to win and doesn't. Sometimes he doesn't deserve to win and does. I think this year he deserves it, but he's not gonna get it. But my tastes are probably quirky.

What about Leo's performance in Wolf?

Leo probably gave the best performance of his career, but I really hope Bruce Dern wins [for Nebraska].

Some talented ladies this year, too …

Amy Adams is one of the most gifted actresses working in film today, but Cate Blanchett will win [Best Leading Actress] and that's not a bad thing.

We LOVE Frozen. Absolutely love it!

Oh, it's one of the bright spots of the year!

Would you like to hear us sing "Let It Go?"

You can read the entire list of nominees at the official Oscar website. You can check out the live ceremony March 2 at 7 p.m. on ABC. 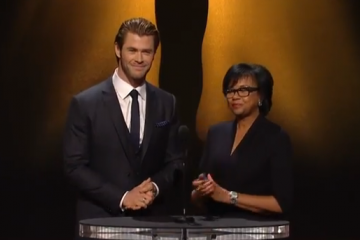 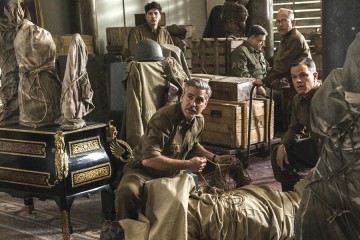 Published Jan-Feb 2014 Video
Molly Warnock, an assistant professor of art history, discusses why the Nazis cared so much about art, subject of the forthcoming film 'The Monuments Men' / Gazette