Tool could be used to compare abnormalities, lead to better diagnosis

By Phil Sneiderman and Ekaterina Pesheva

When an MRI scan uncovers an unusual architecture or shape in a child's brain, it's cause for concern: The malformation may be a sign of disease. But deciding whether that odd-looking anatomy is worrisome or harmless can be difficult. 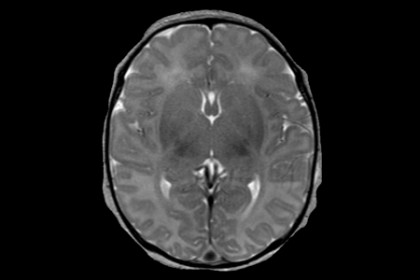 To help doctors reach the right conclusions—and make the right decisions—Johns Hopkins researchers are building a detailed digital library of MRI scans collected from children with normal and abnormal brains. The goal, the researchers say, is to give physicians a Google-like search system that will enhance the way they diagnose and treat young patients with brain disorders.

This cloud-computing project, being developed by a team of engineers and radiologists, should allow physicians to access thousands of pediatric scans to look for any that resemble their own patient's image. The project is supported by a three-year, $600,000 grant from the National Institutes of Health.

"We're creating a pediatric brain data bank that will let doctors look at MRI brain scans of children who have already been diagnosed with illnesses like epilepsy or psychiatric disorders," said Michael Miller, professor of biomedical engineering at Johns Hopkins and a lead investigator on the project. "It will provide a way to share important new discoveries about how changes in brain structures are linked to brain disorders. For the medical imaging world, this system will do what a search engine like Google does when you ask it to look for specific information on the Web."

Miller, director of the university's Center for Imaging Science and a core faculty member in the university's Institute for Computational Medicine, is a pioneer in the field of computational anatomy, the technology used for "brain parsing." The new pediatric brain imaging data bank, Miller said, will be useful in at least two ways.

"If doctors aren't sure which disease is causing a child's condition, they could search the data bank for images that closely match their patient's most recent scan," he said. "If a diagnosis is already attached to an image from the data bank, that could steer the physician in the right direction. Also, the scans in our library may help a physician identify a change in the shape of a brain structure that occurs very early in the course of a disease, even before clinical symptoms appear. That could allow the physician to get an early start on the treatment."

Miller's co-lead investigator on the project is Susumu Mori, a professor of radiology in the Johns Hopkins School of Medicine. One of Mori's primary research interests is studying the anatomy of brain structures captured in MRI scans. Mori points out that such a "biobank" has the potential to impact doctors' workflow dramatically.

"We empirically know that a certain type of anatomical abnormality is related to specific brain diseases," he said. "This relationship, however, is not always clear and often is compounded by anatomical changes during the normal course of brain development. Therefore, neuroradiologists need extensive training to accumulate the knowledge. We hope our brain imaging data bank will not only assist such a learning process, but also enhance the physician's ability to understand the pathology and reach the best medical decision."

Mori and his collaborator, Thierry Huisman, a professor of radiology and pediatrics and the director of pediatric radiology at the Johns Hopkins Children's Center, have been working for more than four years to establish a clinical database of more than 5,000 whole-brain MRI scans of children treated at Johns Hopkins. The patients' names and other identifying information were withheld, but details related to their medical conditions were included. The computer software indexed anatomical information involving up to 1,000 structural measurements in 250 regions of the brain. These images were also sorted into 22 brain disease categories, including chromosomal abnormalities, congenital malformations, vascular diseases, infections, epilepsy, and psychiatric disorders.

Currently, the pilot pediatric brain imaging data bank is limited to physicians and patients within the Johns Hopkins medical system, but the researchers say the data bank could be expanded or replicated elsewhere in coming years.

According to Huisman, the data bank now being developed not only facilitates recognition and correct classification of pediatric brain disorders, but the more objective image analysis also allows identification of injury and disease that may go undetected by the classical, more subjective radiological "eyeballing" of images. Furthermore, he said, recognition of distinct patterns of injury and the subsequent grouping of these children based upon their characteristic patterns of MRI findings allow recognition and identification of new diseases as well as reclassification of previously unclassified diseases. Finally, he added, the data acquisition is free of ionizing radiation, allowing doctors to study the most vulnerable, youngest patients and perhaps to help initiate disease-specific treatment before irreversible injury to the developing brain occurs.

Beyond the brain imaging data bank for children, the researchers have begun building a similar MRI brain image library with Marilyn Albert, a Johns Hopkins neurology professor. This library focuses on brain disorders commonly found in elderly patients. That project is associated with the National Institute of Aging's Alzheimer's Disease Research Center.

With all of this data in place, physicians will be able to conduct a search for images associated with normal and abnormal pediatric and aging brain conditions. For example, a physician who is uncertain about a child's diagnosis could submit that patient's latest brain scan and request the medical records of children with similar images. Alternatively, for studying neurodegenerative diseases such as Alzheimer's in aging patients, a physician might ask to see the medical records associated with all images that display neurofibrillary tangles in the temporal lobe, a condition seen in his or her patient's scan.

Jonathan Lewin, the chairman and radiologist-in-chief of the Johns Hopkins Department of Radiology and Radiological Science, noted that this approach could help patients with both common and uncommon diseases.

"This research is one of the first real applications of big data analytics, taking medical information from large numbers of patients, removing anything that would identify specific individuals, and then bringing the data into the cloud to allow very high-powered analysis," Lewin said. "This has been a goal of the medical community for almost a decade, and professors Miller and Mori have found a way to implement this technology in a manner that can bring its benefit to our patients, and can assist in the classification and identification of rare and subtle brain disorders as well as uncommon manifestations of more common diseases of the brain." 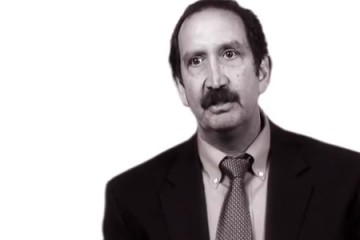 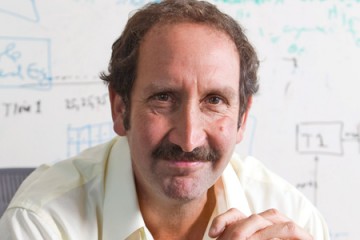 A new way of looking at human shapes 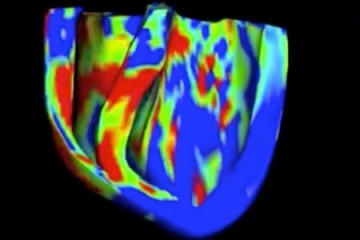