Panel discussion to examine art in the digital age

Over the past two years, artist and digital filmmaker Jimmy Joe Roche realized the Internet had invaded his brain. "I was using Facebook a lot," he says during a conversation at the Brody Learning Commons on Johns Hopkins' Homewood campus. "I was posting all the time and it changed the way I thought. I'd think of something funny and I'd be, 'Oh, I've got to post that on Facebook.' Or, 'This moment in my life would look cool with this [digital camera] filter like this and it would affect my feed in this way and it would make people think this about me.' And I don't want to think that way. It's not just that I don't want to do it, I don't want that in my brain. I don't want my brain to go, That was funny—put it on Facebook." 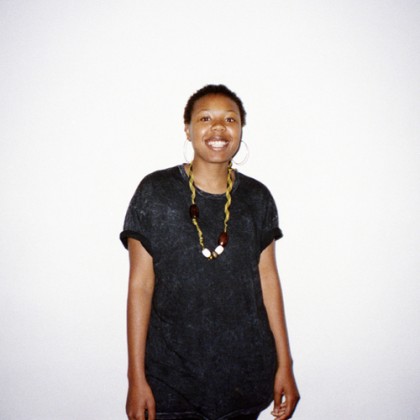 This self-awareness isn't merely the increasingly common anxiety of daily consciousness straddling real life and some online second life. For Roche, the Digital Video Specialist at the Johns Hopkins Digital Media Center who also teaches the Introduction to Digital Film course in the Program in Film and Media Studies, the Internet and social networks were a vital catalyst for getting his artwork to be seen by museum and gallery curators and arts writers. Being an active and known online video artist helped get his work included in the New York Underground Film Festival in 2007, the J. Paul Getty Museum's Video Revolutionaries, and the The New Psychedelia at the MU gallery in Eindhoven, the Netherlands, in 2011.

Social media's online distribution platforms were integral to his wider exposure, but Roche felt he needed to rethink that relationship as the content and business models of social media sites/companies began to expand—as algorithms started changing so briskly to sort what kind of content does and doesn't appear at the top of search results, as advertisements and "sponsored content" began to look and read the same as the user or artist-generated content. Unlike television, for example, the consumer of the content that's distributed online can also be the producer of content distributed online, and consumers of both can interact with that content. That's an obvious, reductive view of the web 2.0 process, but the situations and ramifications of what that means—for media conglomerates, for artists, for just about anybody—are still being felt and understood.

"I'm still trying to formulate a methodology of how to interact with the Internet," Roche says. "And when I say Internet, I mean I specifically mean these large things—Vimeo, YouTube, Tumblr, I don't have a Twitter [account], Facebook. I don't want to just take for granted that it's a window that I'm just passing media in and out of. There's things that happen when you put things through it. It changes things. I just want to take a step back and have more of a philosophy about how I use the Internet in my work versus not thinking about that at all."

It's a question he wrestles with in his work, and he has the chance to hear how other artists think about the artist-Internet relationship at the panel "New Paradigms of Art in the Digital Age" on Saturday from 7-9 p.m. at the Mattin Arts Center, SDS Room l. Roche will co-moderate with Baltimore artists Max Guy and Neil Sanzgiri, who founded and run the Spiral Cinema collaborative that is co-sponsoring the panel with the Digital Media Center.

Subtitled a "discussion on social media, re-appropriation and identity branding in 21st-century art," the assembled panelists will discuss how younger artists not only use digital technology but how they consider it in the social practice of their art process and identities. And the DMC and Spiral Cinema have put together a trio of thinkers exploring this increasingly nebulous area: social media theorist and writer Nathan Jurgenson, New York-based digital artist Artie Vierkant, and the Los Angeles-based Martine Syms, the artist, publisher, and self-described "conceptual entrepreneur" whose work is not only consistently visually alluring but as idea rich as her incisive essays and lectures about art and existence in the 21st century.

Roche knows the questions he's curious about are merely reflective of his personal experience, and not everybody on the panel is going to agree with him—or even frame the questions in the same way. And he's looking forward to hearing what everybody has to say. "Does being an artist on social media change the artists, and the artist's link to culture and relationship to the institutions of art? " Roche asks. "I don't know. I know that before web 2.0 the international art system had these issues too, I just think in some ways they're even more complex when you put them into a system like Facebook."

He mentions that one way to think about "identity branding" is to consider how Facebook emerged as an online representation of a person. And if that person is an artist, a Facebook profile could be a site to showcase the work in images, make announcements about shows, and those sorts of things. In recent years, though, a conversation has emerged wondering if Facebook could be an extension of the artwork or even the artwork itself.

"If [Facebook] is an informal blog of our life then even if it's carefully curated by the artist who has a wonderful eye and esthetic and creates a brand and an image of himself that's poetic and beautiful and gets people really interested in his work—that's different than if it is the work," Roche says. "Could Facebook be an art form? If Facebook is the work, then do we have to hold it to the standards of critical theory? And if we do then we have to take the institution—Facebook, in this case—and examine it with a different eye. That's one place where it gets interesting to me, and I don't have the answers."

For more information about "New Paradigms of Art in the Digital Age," visit the event's Facebook page.