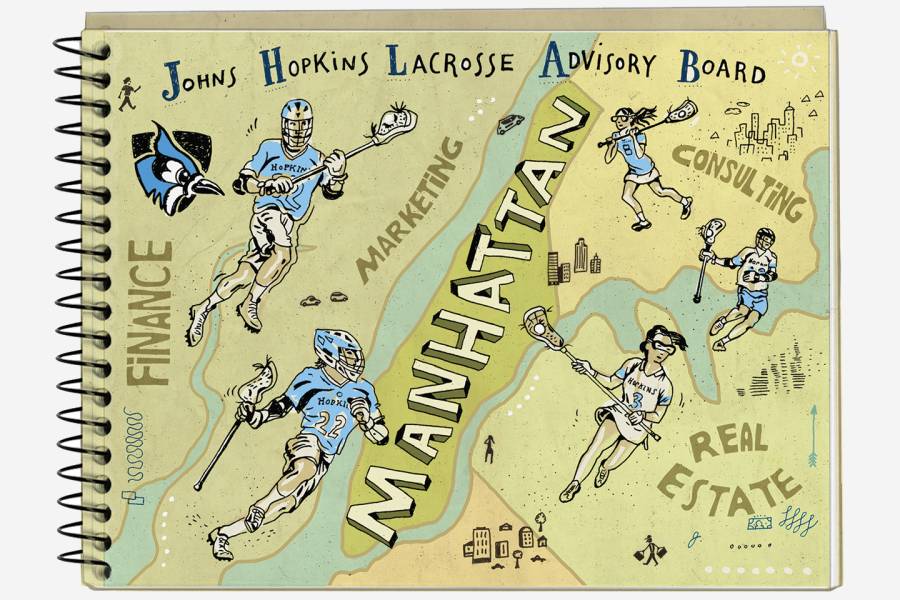 Former Johns Hopkins lacrosse midfielder Lee Coppersmith, A&S '13, says current Blue Jays players who asked him about his finance career hit on a common theme: What are your hours? "I heard that question the most," says Coppersmith, a vice president with Goldman Sachs who spent some time in October chatting with dozens of Hopkins players during their two-day networking trip to Manhattan. "Hopkins players know the challenge of balancing the demands of academics and sports. This is a different kind of grind." Coppersmith told students about his initial adjustment five years ago to pulling 16-hour shifts or longer as a trade analyst. Those days began by 5:30 a.m. "You don't get much of a break," he says. "You make more mistakes when you're new—just like at Hopkins. The key is learning from them."

WOW, @JohnsHopkins athletics does it right: community like nowhere else, genuinely supportive connections, &amp; a spirit of gratitude &amp; giving all around. Thx @HopkinsSports @HopkinsLacrosse @hopkinsmenslax @JHU_Alumni &amp; @AlannaShanahan for an inspiring experience in NYC. pic.twitter.com/ysALksLQnV

Eighty players, nearly the entire men's and women's teams, traveled to New York October 19–20 for the networking program, meeting with lacrosse alumni working in finance, real estate, marketing, and consulting. The event was arranged by the Johns Hopkins Lacrosse Advisory Board, established in 2017 by lacrosse alumni in conjunction with the university's Student Services Excellence Initiative.

Students split up into small groups on day one, then accompanied 15 alums, including Coppersmith, on tours to workplaces such as JPMorgan Chase and Victoria's Secret. On day two, alumni panelists hosted Q&A sessions with students. Both days included breakout networking huddles involving additional lacrosse alums.

Nicole Demase, a senior attacker who has accepted a consulting job with Deloitte in Washington, D.C., shadowed Meghan Crisafulli, A&S '07, director of beauty for Victoria's Secret Pink. Demase learned how the company targets customer needs by getting feedback from college students. The camaraderie between Hopkins students and alumni left a big impression. "We talked about big games and fun road trips and feeling overwhelmed trying to manage our time," Demase says. "As Hopkins alums, they're rooting for us and want to stay in touch to help us. I realize I have more people on my team than I knew about." 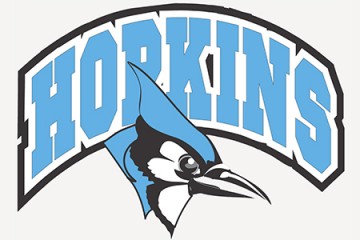 Published Sept 26, 2017
24-member group made up of active leaders and supporters of Hopkins lacrosse