Recipe for a lifelong friendship 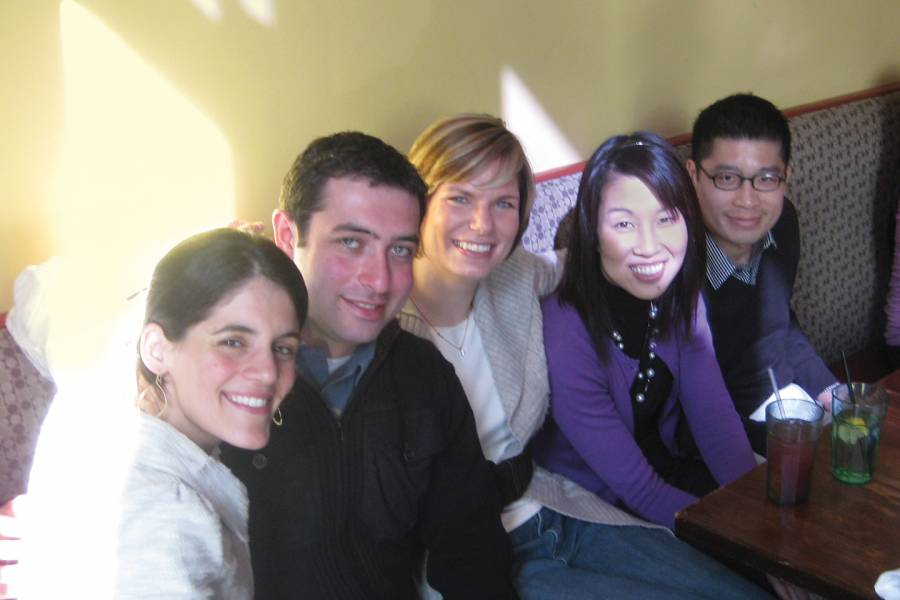 During her first semester of graduate school, Danielle Tergis, Bus '08 (MS), went out for sushi with some new friends at Sushi Taro in Washington's Dupont Circle neighborhood. "I remember looking around the table and thinking, I don't even have to leave D.C. and I'm surrounded by people from all over the world," she says. "I was the only American-born person at the table."

Tergis first met her multicultural dining companions—Yuko Araki, Bus '08 (MS); Dickson Tang, A&S '03, Bus '08 (MS); and Alex Kharabadze, Bus '08 (MS)—while working on a group project in Marty Lattman's Cost Design and Analysis class at the Carey Business School's Washington campus. "We hit it off right away," Tergis says. The group of four started seeking one another out for projects in other classes, too. When their work edged into the weekends and evenings, they would meet for dinner, both at restaurants and in their own homes, where the host would cook for the group. "Dickson was a foodie guy," Kharabadze remembers. Tergis was doing marketing work in the food industry, and Kharabadze proudly hails from Georgia, the birthplace of wine. As for Araki, her friends lovingly admit she's of limited help in the kitchen, but she makes up for it with a boost from the Whole Foods hot bar. "It was a friendship built on food and cooking and drinking from the start," Kharabadze says.

"We created a bond that's lasted, so it's wonderful to continue that and see how it's evolved."
Danielle Tergis
Bus '08 (MS)

After graduation, the bustle of life took hold, and the group eventually lost touch. Several of them got married, and Kharabadze had three children. All four worked jobs that kept them busy—Kharabadze became a senior manager at the consulting and energy firm Tetra Tech; Tergis spent many years doing hospitality marketing and public relations work; Tang worked for the World Bank Group before becoming a doctoral student in clinical psychology; and Araki completed her MBA prior to joining AARP as director of analytics and insights.

The four friends have since reconnected, and they have a meal to thank for that, of course. In 2013, Tergis started doing marketing and PR work for Ankara, a Turkish and Mediterranean restaurant in Washington that was hosting a Georgian wine dinner. Tergis found herself thinking of her Georgian friend. "I sent Alex an email from the dinner I was at, saying, 'You'll never guess what I am doing right now,'" she says.

This conversation led to a series of emails about meeting up. The group's first post-graduate dinner took place in 2013, and since then, Tergis, Tang, Araki, and Kharabadze, all of whom have returned to the Washington area, rotate hosting dinners at one another's homes at least once a year. Each person brings food from their own culture, and the dinners often last for hours, with conversation swiveling from careers to families to old memories from grad school. At the most recent dinner, in October, they even discussed a possible group trip to Georgia.

"We spent three and a half years together [at Johns Hopkins], and so much of our free time was spent together," Tergis says. "We created a bond that's lasted, so it's wonderful to continue that and see how it's evolved." 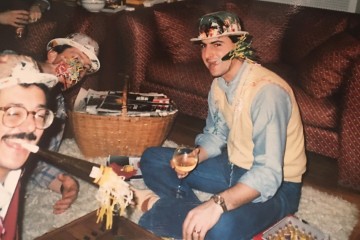 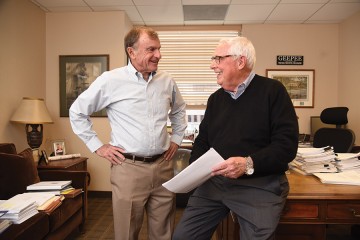