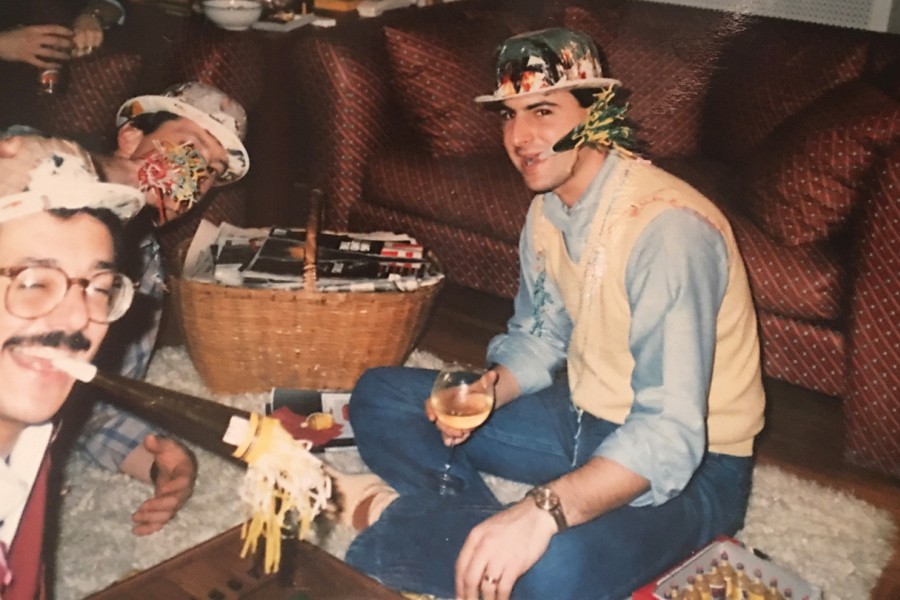 These days, former roommates Ken Mauer, A&S '79, Bruce Wolock, Engr '79, and Michael Doctrow, A&S '79, enjoy their golf games on manicured greens. But back in the day, the trio, who lived in a ramshackle apartment on St. Paul Street during their junior year, played a more stripped-down version of the game. 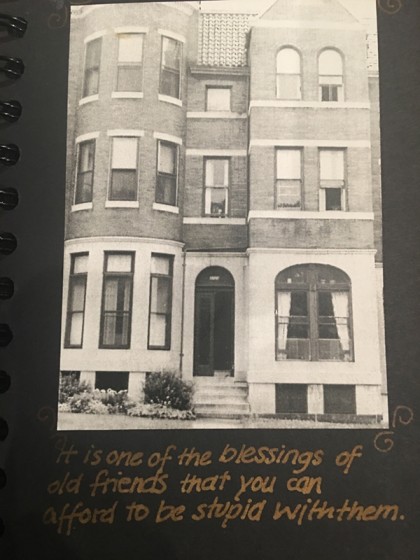 Image caption: "It is one of the blessings of old friends that you can afford to be stupid with them."

"We would open a window and just hit golf balls out," says Mauer, a gastroenterologist who practices in Connecticut. "We called it indoor golf. And we used an iron."

Beaning cars with errant golf balls was just one of the roommates' cheap thrills. A midnight road trip to a risqué drive-in movie in Pennsylvania, a Skylab party celebrating the U.S. space station that fell to Earth in 1979, and 40 cent beers and pinball games at Long John's Pub in Remington all helped cement the men's friendship. An incident of do-it-yourself auto repairs still resonates with them nearly three decades later. "Kenny had a car [a vintage Saab Sonett] he used to visit his future wife in Syracuse," says Doctrow, an attorney in Pennsylvania. "Because we had no money and no tools, we had to change the car's muffler with our bare hands. We left the muffler on St. Paul Street. I recovered it, painted it white, and gave it to Kenny that year as a birthday present. He kept that gift for years."

Equally thrifty with their home decorating, Wolock—now an orthopedic surgeon in Towson, Maryland—recalls adorning their apartment with empty soup cans and used food containers glued to the walls. "Our parents were horrified. They hated walking into that place," he says. Doctrow remembers "green shag carpeting with bamboo curtains for that opium den effect." 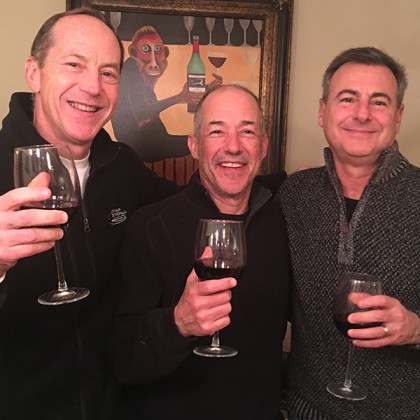 Image caption: From left: Bruce Wolock, Michael Doctrow, and Ken Mauer get up to the usual monkey business during a New Year's Eve celebration

All three men married their high school or college sweethearts, who have also grown close. Even their adult children (there are six, along with grandchildren) have become friends. Each New Year's Eve, the families gather to celebrate, rotating between their homes in Connecticut, Pennsylvania, Baltimore, and Dewey Beach, Delaware. Over the years, they have traveled together as far afield as Mexico and Jamaica. And in spring 2017, they all gathered in Baltimore to celebrate the trio's 60th birthdays and tour the campus with the Mauers' daughter Elizabeth, A&S '14.

Though the former roommates have moved on from their days of cheap beer and on-the-fly car repairs, their Hopkins escapades are never far from their thoughts.

"Our Hopkins stories come up over and over again whenever we get together," Doctrow says. "We still come up with stupid stories," Mauer adds. "We're closer now than we were 30 years ago."