By Edited by Rebecca Ruark

Sanford N. Cohen, A&S '56, Med '60, was elected in February as chairman of the board of directors for Lee Memorial Health System in Fort Myers, Florida.

Mary Jean S. Silk, A&S '58 (PhD), lives in Johannesburg, South Africa, where she keeps busy as churchwarden emerita for a cathedral. Having recently undergone chemotherapy, she is now feeling well.

Michael D. Garrick, A&S '59, '63 (PhD), and his wife, Laura, traveled to Africa in March where the couple went on safaris in Tanzania and Botswana.

Michael S. Kappy, A&S '61, professor of pediatrics at the University of Colorado School of Medicine and senior endocrinologist at Children's Hospital Colorado, received the hospital's 2014 James E. Strain Award for exemplifying the ideals of the American Academy of Pediatrics.

Simon A. Levin, A&S '61, George M. Moffett Professor of Biology at Princeton University, is the 2014 winner of the Tyler Prize for Environmental Achievement for his research on species and ecosystems.

Paul D. Quin, A&S '64, lives with his husband, Vince Blaskovich, in San Francisco. Quin, who enjoyed a long career in teaching, writing, and creating websites, reports that he has been an HIV survivor since 1980, "finally" had his bar mitzvah in 1988, and returned to the East Coast for JHU Pride in 2013.

Alan L. "Lanny" Berman, A&S '65, retired from his position as executive director of the American Association of Suicidology, dedicated to the study and prevention of suicide, after 20 years.

Ray Copson, A&S '66, '71 (PhD), spent much of his career with the Congressional Research Service of the Library of Congress and now lives in the Finger Lakes region of New York with his wife, Donna Goodman. Copson writes and is active in several community organizations.

Steve Feinstone, A&S '66, retired after 40 years at the National Institutes of Health and the Food and Drug Administration and received the 2013 William H. Prusoff HEP DART Lifetime Achievement Award for his contributions to the advancement of care of persons infected with hepatitis. He currently serves as an adjunct professor at George Washington University.

Curt R. Zimansky, A&S '66, recently retired from practicing law in California, where he lives with his wife, Joan Cadden.

Michael A. Aurelia, A&S '69, serves as president of the Aton Forest board, which seeks to preserve the lands of Aton Forest in Norfolk, Connecticut. He also serves on the state board of the Connecticut Audubon Society.

David H. Davis, A&S '69 (MA), '71 (PhD), is a professor of political science with a focus on environmental policy at the University of Toledo.

John L. Ropiequet, A&S '69, spent 35 years as a partner at Arnstein & Lehr and its predecessors before becoming of counsel last year. He is contemplating more travel with his wife, having enjoyed the 2013 Alumni College in Santa Fe with the Johns Hopkins Alumni Association.

Steven E. Levitsky, A&S '70 (MA), '72 (PhD), counsel with DLA Piper's Antitrust and Trade Regulation practice group in New York, has been named a Super Lawyer in the area of antitrust every year since 2002 and was honored with two writing awards in 2012.

Sandy Gross, A&S '72, founder and president of GoldenEar Technology, was presented with the Home Technology Specialists of America's Lifetime Achievement Award in October 2013 for his dedication to the creation of award-winning loudspeakers.

Ken Goldman, Engr '74, a mechanical engineer, retired in 2013 after 39 years with the U.S. Navy. He finished his career as IT program manager for the signatures department of the Naval Surface Warfare Center, Carderock Division.

Glen R. Grell, A&S '78, is serving his fifth term in the Pennsylvania House of Representatives. He was named 2012 Government Leader of the Year by the Harrisburg Regional Chamber and Capital Region Economic Development Corporation.

James C. McNaughton, A&S '80 (MA), '85 (PhD), has been named chief of the Histories Division for the U.S. Army Center of Military History in Washington, D.C., where he supervises several writing programs. During the 2014–15 academic year, he will attend the U.S. Army War College in Carlisle, Pennsylvania.

Michael Duff, A&S '82, has been elected president of the Delaware Valley Chapter of the Association of Corporate Counsel. He is the senior vice president and general counsel for Penske Truck Leasing in Reading, Pennsylvania.

Leo Lopez, A&S '82, is associate professor of clinical pediatrics at the Albert Einstein College of Medicine and director of pediatric cardiac noninvasive imaging at the Children's Hospital at Montefiore in the Bronx, New York. In April he was inducted into the Bishop Canevin High School Ring of Honor.

Gail Friedman Shaivitz, Bus '85 (MS), reports that the Players Theatre in Sarasota, Florida, exhibited 20 of her paintings in February.

William LaPlante, Engr '88 (MS), was confirmed in February as the assistant secretary of the Air Force for acquisition, responsible for all Air Force research, development, and acquisition activities. LaPlante previously worked at the Johns Hopkins University Applied Physics Laboratory.

Jean Bennett, Med '89 (PGF), was awarded the Jewish Guild for the Blind's 2012 Alfred W. Bressler Prize in Vision Science. She is a professor of ophthalmology and cell and developmental biology as well as vice chair for research in ophthalmology at the University of Pennsylvania.

Allison J. Brody, A&S '89, was promoted to deputy counsel, privacy, for Reed Elsevier in Newton, Massachusetts, where she previously worked as an attorney for 12 years.

Michael A. Farbowitz, A&S '89, is the medical director of Short Hills Ophthalmology in Short Hills, New Jersey, and proud parent of Jordan, 17, and Emily, 14.

Steven L. Haddad, Med '89, is senior attending physician for the Illinois Bone & Joint Institute. He was appointed president of the American Orthopaedic Foot & Ankle Society for a one-year term in August 2013.

Jay S. Lester, A&S '93, is chief marketing officer for the Domino Media Group, which publishes Domino design magazine and domino.com. He lives in Boston with his wife and daughter.

Marcy E. Schwartz, A&S '93 (PhD), an associate professor of Spanish at Rutgers University, has been awarded research fellowships from the National Endowment for the Humanities and from the American Council of Learned Societies for her book project, "Public Pages: Reading and Community along the Latin American Streetscape."

Royce P. Poinsett, A&S '94, a government relations attorney at the Austin, Texas, office of Baker Botts, has been elected president of the board of directors for the Ronald McDonald House Charities of Austin and Central Texas.

Roberta Schwartz, SPH '94, serves as 2014 president for the Texas Lyceum, a statewide nonprofit, nonpartisan leadership organization focused on identifying the next generation of top Texas leaders.

Adam Bergman, A&S '95, and his wife, Julia, welcomed a daughter, Sarah Margaret, to the family on May 28, 2012. This fall, Sarah starts preschool and big brother Aaron, 5, starts kindergarten.

Gabriella N. Burman, A&S '95, was appointed last year to serve on the Michigan Statewide Independent Living Council, which promotes independent living opportunities for individuals with disabilities. She also serves on the board of directors of the United Cerebral Palsy Association of Metropolitan Detroit.

Daranee Chewaproug, A&S '95, '97 (MS), SPH '97, is an attending physician and the associate program director of the General Nephrology Training Program at Albert Einstein Medical Center in Philadelphia. In April, she was elected to the board of directors for the National Kidney Foundation of the Delaware Valley.

Hideaki Hirai, Peab '96 (MM), was made music director and conductor for the New York Festival Orchestra after a Carnegie Hall debut in December 2013. Other recent highlights include debuts at the Vienna State Opera and in Salzburg for the Austrian premiere of his opera, Princess from the Moon.

Megan E. Spitz, A&S '96, an intellectual property lawyer, was elevated to partner of Blank Rome in Philadelphia in January. She is also an active volunteer for the Support Center for Child Advocates.

Shashi K. Murthy, Engr '99, is founding director of the Michael J. and Ann Sherman Center for Engineering Entrepreneurship Education and associate professor of chemical engineering at Northeastern University in Boston. He is also co-founder and chief scientific adviser of Quad Technologies.

Terri M. Shieh-Newton, Med '00 (PhD), has joined the intellectual property practice of Mintz Levin Cohn Ferris Glovsky and Popeo as a member and will be based in San Francisco.

Matthew H. Wisnioski, Engr '00, associate professor in the Department of Science and Technology in Society at Virginia Tech University, has received the university's 2014 XCaliber Award for his contributions to technology-enriched active learning.

Ian M. Ross, A&S '02, attorney with Greenberg Traurig, was elevated to shareholder in February. Ross is a member of the Litigation Practice Group at the firm's Miami office.

Adriane C. Russo, A&S '02, is director of client relations and business development for Morgan Stanley's Custom Investment Outsourcing program. In 2012, she earned the Certified Investment Management Analyst designation and reports that she was accepted into the SAIS Master of International Public Policy program.

Rachel A. Armentrout, A&S '04, married Derek J. Davies, A&S '04, on April 5, 2014, in Williamsburg, Virginia. Armentrout is a neonatologist at Children's Hospital of the King's Daughters and Eastern Virginia Medical School. Davies is an emergency medicine resident at the Naval Medical Center Portsmouth.

Ariel M. Lyons-Warren, A&S '05, graduated from Washington University in St. Louis with an MD and a PhD in May. She is currently a child neurology resident at Baylor College of Medicine in Houston.

Aaron S. Blynn, A&S '06, an associate with Genovese, Joblove & Battista, was named one of Florida's legal leaders by Florida Trend.

Alena A. Balasanova, A&S '07, a psychiatry resident at Boston University Medical Center, married Jason Autore on November 10, 2013. Several of her fellow Hopkins grads were in attendance.

Paul I. Jaffe, Engr '07 (MS), is a spacecraft engineer at the U.S. Naval Research Laboratory. His work on solar power satellites was covered by Wired .com and the Daily Mail's mailonline.com in March.

Marielle S. Emet, Ed '08 (MAT), is a math teacher and academic dean at Blackstone Valley Prep Mayoral Academy in Lincoln, Rhode Island. At a surprise ceremony hosted by the governor and state commissioner of education, Emet received the 2013 Milken Educator Award, which included a $25,000 prize.

Jaehoon "Jae" Jin, A&S '08, appeared as a principal performer, singing in an episode of the second season of the Netflix series House of Cards.

Stephen Reilly, Engr '10, is a certified Engineer in Training and vice chair of the Baton Rouge chapter of the American Institute of Chemical Engineers. He was also elected to the 2014 board of directors for Forum 35, a nonprofit aimed at developing young leaders and improving Baton Rouge.

Serene Forte, SPH '11, climbed California's Mount Shasta in the Breast Cancer Fund's Climb Against the Odds in June. She raised more than $6,000 in support of the fund.

Amy Klivans, A&S '13, was commissioned as a second lieutenant in the U.S. Army in May 2013. She is currently deployed in northern Afghanistan, where she commands a helicopter maintenance platoon. 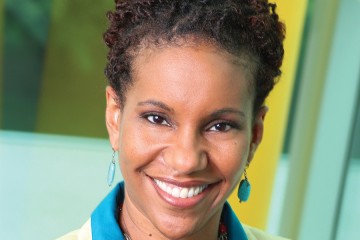 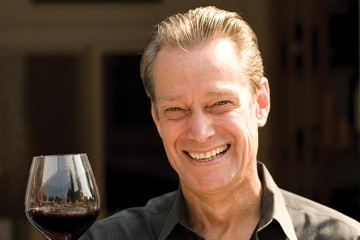 The sweet life, with just a hint of oak

Published Fall 2014
Roger Bohmrich, SAIS '73, thought he might follow his diplomat father into the Foreign Service— until he tasted a Château Ducru-Beaucaillou 1966, Saint-Julien. / Johns Hopkins Magazine