Fish, we're told, is brain food. So are blueberries, as they contain nutrients that help us remember things. But could it be that the brain, the hoggish human command center that makes up only 2 percent of our total body weight but requires 20 percent of the calories we consume, is actually better off when we deprive ourselves of food altogether? Scientists at the National Institute on Aging, led by Mark Mattson, a professor of neuroscience at the School of Medicine, think so. In several papers Mattson discussed during a meeting of the American Association for the Advancement of Science in February, he and other researchers say that depriving ourselves via fasting twice a week could significantly lower the risk of developing Alzheimer's disease or Parkinson's. 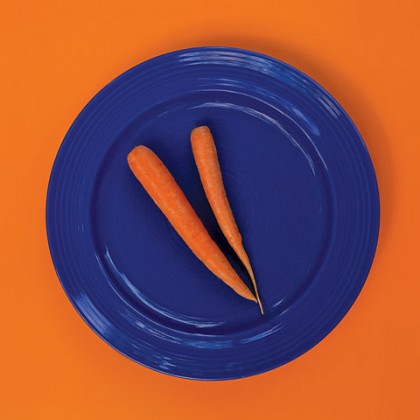 The findings resonate with decades-old studies that show a link between caloric intake and oxidative "rusting"—the stress on cells that comes when people get older and take in food. "One of the only ways to slow down the progression of aging that involves disease or organ malfunctions is to reduce energy intake," says Mattson, who has been studying Alzheimer's and the brain for 20 years and, according to Thomson Reuters' database, is the most cited neuroscientist in scholarly journals worldwide. "As is similar to what happens when muscles are exercised, the neurons in the brain benefit from being mildly stressed. To achieve the right kind of stress, people might benefit from severely minimizing their food intake."

Mattson and others have tested their theories on animal models and small groups of human subjects. In studies involving experimental mice, neurons in the brain become more active when the rodents are hungrily searching for food. What's more, fasting animals develop protective measures against damage from stroke and other mechanisms that cause degeneration in the brain. "What we've discovered in both animal and human studies is that it's good to submit your brain to challenges, especially in the short term," Mattson says, citing research done by several groups in recent years.

But why fasting? Wouldn't reducing calorie intake overall also help the brain? Apparently not, or at least not as much. Sticking to an intermittent crash diet, with no more than 500 calories two days per week, primes the brain for protection, he says. Studies show that keeping calories at around that level stimulates two messaging chemicals that operate at the cellular level and are key to the growth of brain cells in animals and humans, Mattson explains. The shock of fasting leads the brain to create new cells. As neurons are coaxed to grow, the brain becomes more resistant to the effects of protein plaques that underlie cases of Alzheimer's, or the damage inflicted by Parkinson's.

"Fasting imposes more stress on the cells, but in a good way," he adds. "There's an increase in adaptive stress responses when people intermittently fast that is good for maintaining the brain."

Dietary changes have long been known to have an effect on the brain. Children who suffer from epileptic seizures have fewer of them when placed on caloric restriction or fasts. It is believed that fasting helps kick-start protective measures that help counteract the overexcited signals that epileptic brains often exhibit. (Some children with epilepsy have also benefited from a specific high-fat, low-carbohydrate diet.) Normal brains, when overfed, can experience another kind of uncontrolled excitation, impairing the brain's function, Mattson and another researcher reported in January in the journal Nature Reviews Neuroscience.

The intermittent fasting advocated by Mattson and others for overall brain health may be linked to how humankind has evolved. There are reasons why the intermittent shocks of hunger do a brain good. "Our ancestors undoubtedly had to go without food for stretches of time," Mattson explains. "It hasn't been that long since humanity lacked regular supplies of food. When you search for food when you're hungry, the brain is really engaged. The individuals who survive the best—the ones whose brains are more attuned to predators and who can remember where food sources are—are the ones who've survived."

Partly because he is worried people might not be able to stick to it, Mattson isn't promoting a strict, water-only fast. He advises people to drink plenty of water or unsweetened tea and to eat no more than 500 calories per fasting day via fiber-rich vegetables. He warns, however, that fasting is not recommended for the very young, who need many more calories to keep them growing, or people over 70, whose brains seem to derive little benefit from intermittent food deprivation. 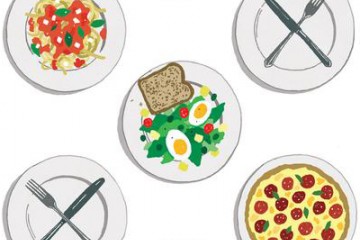