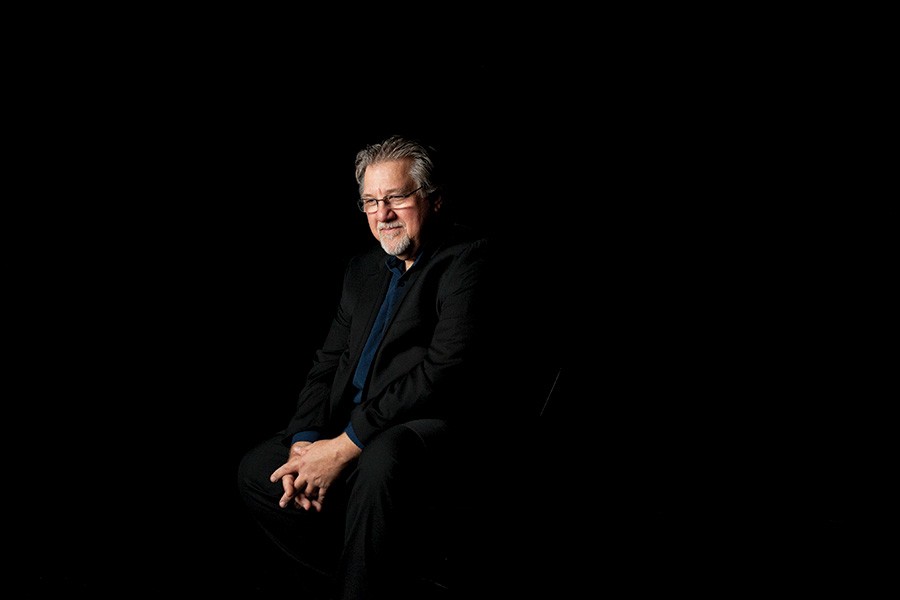 Image caption: As leader of the Peabody Jazz Orchestra, Michael Formanek prepares his students with a mix of pragmatic professionalism and aesthetic intimacy with the music.

New York–based drummer Devin Gray says that a large-ensemble job he picked up over the summer was like many paying gigs: Show up and then find out who you're playing with and what you're playing. Some of the music was that of Charles Mingus, which Gray knew from his undergraduate days playing in a large ensemble that at the time was called the Peabody Big Band. "So I show up 5 minutes before the show, set up, and the leader's just handing out tunes" on sheet music, says Gray, who graduated from the Peabody Institute's Jazz Studies Department in 2006. "Three of them were Mingus tunes—and two of them, I remembered the whole arrangement. And when I was playing those tunes I could remember playing in the [Peabody] big band. And I was like, Whoa—I know this music."

That mix of pragmatic professionalism and aesthetic intimacy is precisely the education that Michael Formanek wants to impart as the leader of the Peabody Jazz Orchestra, which is what the big band was renamed in 2004. The Peabody faculty bassist had spent time in the Mingus Big Band, a legacy group that has regularly played the music of the late composer and bassist, and he leads his own large group, Ensemble Kolossus. He understands what sight-reading and group-dynamics skills young musicians learn by playing in large ensembles, and recognizes that big band music provides an avenue to study jazz history.

"I think [the jazz orchestra] serves a purpose," Formanek says over an afternoon cup of coffee near the Homewood campus, where this semester he's teaching the Creative Musical Improvisation course. He's a solidly built man with short, thick hair and well-kempt beard, and he speaks with a therapist's easygoing calm. "Yes, there are large ensembles that are very improvisational, and completely improvised, but in order to organize that many musicians, the music is generally written. And that level of complexity varies from riffed-based Kansas City Count Basie kind of jazz to the incredibly complex music of today from Maria Schneider or Jim McNeely.

"So I think students learn about a wide range of music in this setting, and how the parts function within the whole," he continues. "These are things that classical players also learn in a jazz orchestra. Some classical players have never played with a rhythm section, and if they don't, they won't know there's a way of dealing with time that isn't conducted. And [the jazz orchestra] offers some of the first experiences they get doing that."

Jazz students become more skillful in the big-band setting as well. "It is a totally different skill from small-group playing," emails bassist Adam Hopkins, another Peabody alumnus who studied with Formanek and is now a working New York musician who plays in large ensembles. "You must understand the style, articulation, and intent of a piece and fit into a much larger ensemble to realize an overall vision. You have to be rock solid in your reading skills, and be able to match a section of three other people in the process."

All Peabody students, classical and jazz, have large ensemble requirements as part of their degree programs, and Formanek knows that such settings aren't simply opportunities to teach the music; they're opportunities to prepare them for life after school. So while he has students in the jazz orchestra play music from a number of classic big band composers—Mingus, Duke Ellington, Fletcher Henderson, Thad Jones—he also includes the music of working big bands, such as those led by Dave Holland and Maria Schneider, because there's always the possibility of being picked up for a gig.

He wants to prepare students to navigate their career, he says. "I try to keep it as real as possible so I don't give them a false sense of what it is like out there," he says, and cites a simple example. "In the professional world, jazz big bands don't always tune up as an ensemble before they play. It's up to every player to get in tune. In your high school jazz ensemble, the teacher walks around with this little strobe tuner and checks your tuning. In jazz groups, people are mulling around talking and, in the meantime, a lead player tunes to the piano and then gives tuning pitches to their sections, or players do it on their own and adjust once they start playing."

Formanek's former students often mention this professional and musical education when talking about studying and working with him. "I wouldn't have half the career in music that I do if it weren't for Mike," writes Hopkins. "What he does at Peabody is important. He is truly the best of the best at what he does, and he motivates his students to be the same. Seriously, it was a life-changing experience to spend two years with him."

Formanek says his approach for the jazz orchestra is not to do historical performances, such as re-creating the sound of a big band in the 1940s, as much as it is to develop historically informed performances. That involves studying how a band performed a piece—why certain soloists soloed, why the tempo is what it is—to analyze the music and interpret it in the way that suits the musicians and the spirit of the piece.

Gray says that playing in the big band at Peabody "was amazing, and I didn't even know it at the time. You're in school and doing this big band because that's what you do in school."

After college, though, he ran across musicians who said, I don't like big band music. "That's because you didn't play Mingus' music for a year," Gray says. "Think about how many years Mingus was playing that music. If you just go through and play a couple of arrangements of it perfectly, you don't get that far inside of it. And with Mike, we were ripping it apart, messing it up, swinging our asses off, changing solos—it was like you were getting as close as you can imagine to being in Mingus' band. And being connected to the music in that way, carrying that positive experience around with you—I still have that." 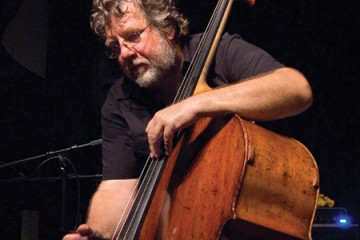 Published Winter 2012
Dexterous bassist Michael Formanek refrains from giving too much guidance on improvisation, preferring to 'have the music speak for itself' / Johns Hopkins Magazine