Where in the World: A look at JHU's global endeavors in Brazil

A sampling of global JHU endeavors

In this issue, we take a look at activities in Brazil, where the 2014 FIFA World Cup begins June 12.

Real-World Experience: Since 1979, students in SAIS' Latin American Studies Program have traveled to Brazil to participate in funded summer internships at nongovernmental organizations, international agencies, and private businesses located in major cities, including Rio de Janeiro, São Paulo, and Brasília. The placements are closely aligned with the career goals of the students, who learn Portuguese during their time at SAIS. Last summer, six students worked at the Inter-American Development Bank, Thomson Reuters, U.S. Consulate General, International Finance Corp., and Rio Negócios, an investment promotion agency. Since Brazil is hosting the World Cup this summer, placements will resume in 2015.

Sharing Health Expertise: In April, Bloomberg School Dean Michael Klag and other faculty participated in the World Health Summit's Latin America regional meeting, held in São Paulo. Health ministers, academic health experts, and others from across the region were invited to share firsthand experiences of policy and health system reform, and their challenges. Preceding the event, the Bloomberg School co-sponsored a workshop in collaboration with the University of São Paulo's School of Public Health for leaders of various Latin American public health schools. Representatives from universities in Brazil, Chile, Costa Rica, Colombia, Mexico, and Peru shared their experiences in public health training and research, and identified areas for potential collaborations.

Intense Training, New Culture: Each year, two to four School of Nursing students in their final semester travel to Brazil for a seven-week clinical experience at São Paulo's Albert Einstein Hospital, one of the country's most renowned health centers, where they are paired with a nurse in their clinical area of interest. The goal of the program, started in 2012, is to offer students an immersive patient care experience in a new environment as they transition from student to nurse, says Kevin Ousman, program manager in the Office of the Associate Dean for Community and Global Programs at the SoN. The program will soon transition to an exchange one, with students from Albert Einstein Hospital's School of Nursing having a reciprocal experience in Baltimore at the SoN and the Johns Hopkins Hospital.

Dengue Outbreak Prevention: Dengue fever, a viral disease commonly spread by mosquitoes, has epidemic potential. In 2013, Brazilian health authorities reported 1.4 million cases, with 573 resulting in death. Symptoms typically include high fever, severe headache, and joint and muscle pain. In some cases, an infection leads to dengue hemorrhagic fever, which can result in abdominal pain, internal bleeding, and shock. There is no vaccine and no medication to treat an infection once it starts. Prevention—avoiding mosquito bites—is vital. A team from the Bloomberg School of Public Health is leading a Gates Foundation–funded surveillance project in Belo Horizonte (pop. 2.3 million) to predict dengue epidemics so that control measures can be put into place. "We want to detect the virus before it leads to an epidemic," says Doug Norris, a professor of molecular microbiology and immunology at the Bloomberg School and principal investigator of the five-year project, now in its final year. "This model has been modified from what has been used in West Nile virus," he says. "Although the virus is active, and other clues to how dengue epidemics start may have been revealed, no large epidemics have been reported in the city through the duration of this study." 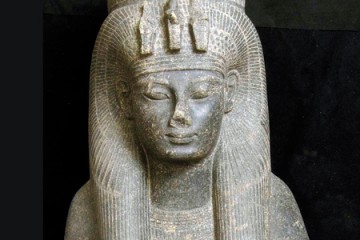 Where in the world

Published March-April 2014
A rundown of current activities in Egypt, a country in political flux / Gazette 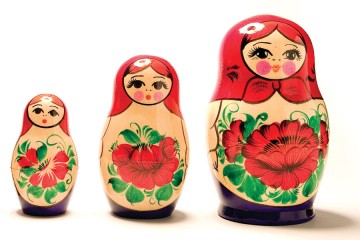