Black patients preoccupied with racial concerns have higher blood pressure than black patients who aren't, according to results of new Johns Hopkins–led research. The findings suggest that heightened race consciousness could at least in part account for the disproportionately high rate of hypertension in black Americans, the highest prevalence of any group in the United States and one of the highest rates in the world.

"A preoccupation with race among blacks leads to hypervigilance, a heightened awareness of their stigmatized status in society, and a feeling that they need to watch their backs constantly," says Lisa A. Cooper, a professor in the Division of General Internal Medicine at the Johns Hopkins University School of Medicine and senior author of the study described online in the American Journal of Hypertension. "African-Americans have higher blood pressure, and it has been difficult to explain why this is true. It doesn't appear to be genetic, and while things like diet, exercise, and reduced access to health care may contribute, we think that a tense social environment, the sense of being treated differently because of your race, could also possibly explain some of what's behind the higher rates."

Cooper says the issue of such hypervigilance and race consciousness has drawn more public attention in the wake of the killing of Trayvon Martin, an unarmed black teenager, in Florida. Her own African-American son, she says, is very aware of his surroundings.

"It's stressful for him to walk around thinking at any time someone might think he's doing something wrong just because of his race," she says. "That's just something he lives with. If you don't live with it, maybe it's hard to understand it. It's something people often don't want to talk about."

As part of ongoing research into doctor-patient relationships and racial disparities, Cooper and her colleagues surveyed 266 patients in urban health clinics in Baltimore between September 2003 and August 2005. Sixty-two percent of the patients were black. To test for race consciousness, they used the 2002 Behavioral Risk Factor Surveillance System Reactions to Race module developed by the Centers for Disease Control and Prevention. Patients—both black and white—were asked how often they thought about their race.

Two categories were created: Those who answered yes to the question, Do you ever think about race? and those who said they "never" do. Half the black patients responded that they think about it, and one in five white patients said they did.

"Given the socially dominant status of whites in the United States, higher levels of race consciousness could reflect greater awareness of white privilege," the authors note in the study. "Another explanation, particularly among whites who reside in areas with a high black population, is that race consciousness reflects a heightened fear of victimization, an anxiety-provoking stressor. Scholars of critical race theory are still debating whether race consciousness enhances or adversely affects the health of whites."

Cooper notes that it can be stressful for black people to go in a store and feel they are being watched more closely than others. Another example that is equally stressful, she says, is waiting a long time to be served at a restaurant and being ignored, possibly because of one's race.

More research is needed to understand the biological consequences of race consciousness, including those related to stress, she adds, with a goal of developing interventions to help people effectively cope with environmental stressors.

"We need to help people of all races cope with race-related stress in a healthier way," she says.

This study was supported by grants from the National Heart, Lung and Blood Institute.

LaPrincess Brewer, who was a medical resident at Johns Hopkins Bayview Medical Center at the time of the study and is now a cardiology fellow at the Mayo Clinic, was the first author of the study. Kathryn A. Carson, of the Johns Hopkins Bloomberg School of Public Health, also contributed to this study. 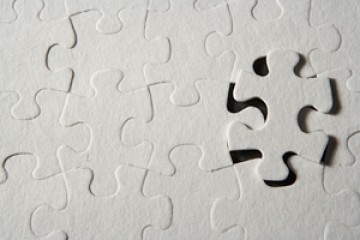 A different perspective on health care