"It's a little piece called the Beethoven Violin Concerto," Pervinca Rista says, and then, underscoring the understatement, almost imperceptibly laughs. Beethoven's Violin Concerto, properly known as the Violin Concerto in D Major, op. 61, is a subtly sublime piece of music, nearly 45 minutes of haunting, reflective grace written in 1806, about a decade after the composer started losing his hearing. Rista, the Hopkins Symphony Orchestra concertmaster, plays the piece as part of the HSO's March 9 and 10 programs. 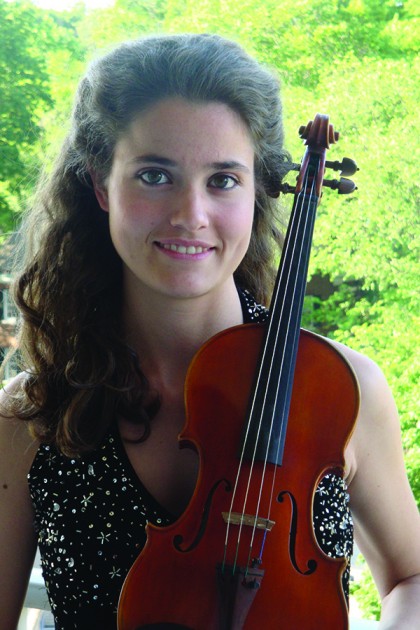 Rista's little laugh was sparked by the memory of a conversation she had with HSO music director Jed Gaylin about the concerto. The violinist first tackled it three years ago in a recital at the Peabody Institute, around the time she first joined the HSO. "He asked, 'What are you working on?'" she says. "And I said, 'The Beethoven Concerto.' And he said, 'Well, that is the Everest.'

"And it is," she continues, the smile returning to her face. "If someone were to tell me, Choose one piece to survive in all of Western classical music, it would be that piece. And the reason I love it so much is because it's not a violin concerto about the violin. It's very difficult, though it doesn't aim to be virtuosic in any display of showmanship or virtuosity or bravura. It's a piece about much bigger questions than what a violinist can do with the orchestra. It's a piece about, I think, deep questions of life."

So, yeah, performing it comes with no pressure at all. Fortunately, the 24-year-old Rista doesn't shy away from challenges. Born in Italy, Rista moved to the United States when she was 5. She attended both Peabody and the Krieger School of Arts and Sciences, earning undergraduate degrees in violin performance and romance languages. Currently, she's pursuing doctoral degrees from both schools simultaneously—the first Peabody-Krieger School double doctorate in the history of the university.

Oh, and in her spare time, she's been pursuing a violin performance degree from the state conservatory in Italy, something she needs so that she can have the option of playing in a European orchestra. "It's been at times challenging," Rista admits, and proceeds to thank her professors at both schools and the graduate board, which approved her courses of study. At Peabody she's pursuing a doctorate in violin performance. And at Homewood she's pursuing a PhD in comparative literature, studying Carlo Goldoni, an 18th-century Venetian playwright and opera librettist who worked in both Venice and Paris.

"One of the reasons I wanted to do this is to have more cultural context [in understanding] the relationship of literature to music," Rista says. "I don't think I could make sense of one without the other."

That's such an intuitively common sense observation that it seems odd that more humanities course work doesn't include music study and vice versa: music, both popular and symphonic, is narrative by nature of being serial, and so much cultural understanding comes from how information is organized into a sequence of events. Cultural anthropologist Claude L&eacute;vi-Strauss, in fact, sometimes referred to himself as a failed composer, a social scientist who sought to compose with meanings (through his study of myths, for instance) what he couldn't through sound.

Rista merely wants to know how sound and language interact, which can be difficult. When asked about how her interpretation of the violin concerto was coming along, she modestly says, "Well, I pray," before starting to discuss it and pausing again. "Forgive me," she says, "it's hard to talk about music"—before proceeding to talk quite eloquently about music by recounting something Peabody's Viktor Danchenko, her violin teacher, told her.

"He said, 'There are some works in which the performer is almost equal to the composer in the sense that your interpretation, what you can bring out of it, is really important to the success of the piece,'" she says. "'And then there are other works that are monuments, in which the performer must be very humble.'

"That's certainly the case with this Beethoven concerto," she continues. "It's written by a man who was one of the greatest souls who ever lived and who had a very difficult life. He became deaf and was isolated, and he continued living because he had things to write. That was the thing that kept him going, and I think we sense all of that in this piece. And your task in those cases is to present the piece as honestly and faithfully as you can to make it speak for itself, because ultimately that is how it is most powerful, I think. It doesn't need any other help." 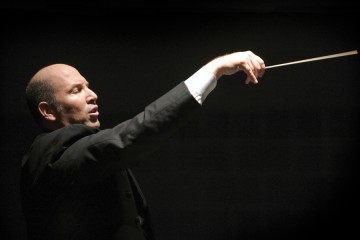