Behind the scenes at Hopkins Symphony Orchestra 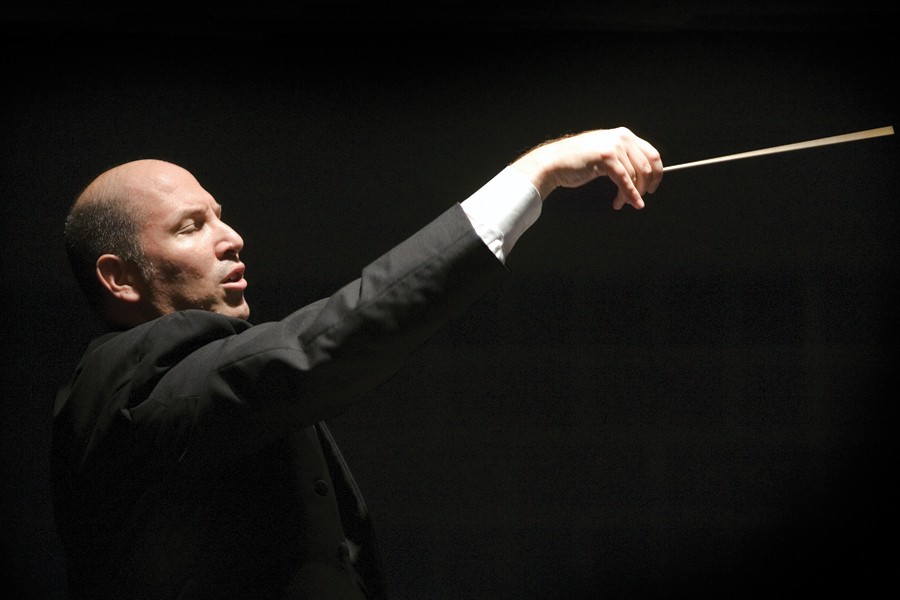 Image caption: The Hopkins Symphony Orchestra opens its 30th season this month, under the baton of music director Jed Gaylin.

"Let's try a little sight reading," Jed Gaylin says, picking up some sheet music. It's the first week of fall semester classes at Homewood, the week students can audition to be members of the Hopkins Symphony Orchestra—the only community orchestra in Baltimore City—and Gaylin, the HSO music director, sits at a table in the Mattin Center's Second Decade Society room with HSO general manager Nicoleen Wilson and community member cellist Elizabeth Marino. Over three days they will meet with and hear about 60 students. This afternoon is strings, and a freshman violinist has already performed two prepared pieces and run through a scale. Gaylin stands up and walks around the table, putting a few pages on the stand. "Are you familiar with Rimsky-Korsakov's Scheherazade?"

No, the student isn't, and after a few moments looking over the score, she plays it, only slightly tentatively. Gaylin compliments the performance and asks her to try again, only a little slower, as if it was the most beautiful thing she ever heard. This run-through, the melody's seductive lyricism begins to bloom.

"If [students] are qualified to sit onstage, we'll figure out a way to make them get onstage," Gaylin says during a break. This simple exchange succinctly captures what he brings to the HSO: encouragement, an insight into music's emotional reservoirs, and an ability to entice musicians to find their way into a piece themselves. The 2012-13 season, which opens Oct. 20, is Gaylin's 20th with the HSO; he became the assistant conductor in 1991 while a graduate student at the Peabody Conservatory (he earned his DM in 1995) and was named music director in 1993. Throughout, he's continued and expanded on the HSO's repertoire that founding director Catherine Overhauser started 30 years ago: a mix of crowd pleasers, lesser-known gems that aren't performed as often, and debuts and commissions by living composers.

The HSO is composed of members of the Johns Hopkins community and other local musicians, and they bring different playing experiences with them. What may be old hat to a professional musician can feel like a premiere to them, giving Gaylin the chance to be both music director and educator. "I just want [the orchestra members] to encounter the great works of the canon because they are mind-smashingly amazing," he says. "That gives me a chance to revisit them, and I like to pair [a well-known work] with something off the beaten track that gets them thinking about styles that could be worlds apart."

He points to the April 2013 program, which pairs Schoenberg's Five Pieces for Orchestra with Manuel de Falla's Noches en los Jardines d'Espa&ntilde;a and Sibelius' Symphony No. 1. "They all have this obsessive, rhythmic ostinato thing going on in completely different ways," he says. "Totally different pieces stylistically that share this almost manic obsessive quality to them that manifests itself in different ways. That's the kind of program that I love to put together."

It's an approach that creates a unique, refreshing bill for the HSO's loyal weekend-night attendees. In 2003 the HSO debuted City of God: Prelude, a composition by Robert Sirota, then the director of Peabody. Gaylin recalls Sirota being impressed by the audience. "He said all these really busy and accomplished people are here because there is nothing else that they'd rather be doing," Gaylin says.

It's a passion that emanates from the stage. Just about every year, the HSO does a Brahms or Beethoven symphony, works Gaylin has led many times. The initial run-through may be OK, but by the last week of rehearsals the improvement is dramatic, and the players hear and feel it. "What they do, playing at 125 percent, it's incredible," Gaylin says. "Whatever level we are as artists, I think audiences want us all to push ourselves beyond that. You can feel it. I think it's pretty safe to say I don't remember many performances where I thought, Yeah, we did better in rehearsal. It just doesn't go that way for us. So to know that for the 80 people onstage and the people who come out to hear us, it has that kind of transformative experience—that you feel like your time on earth is well-spent." 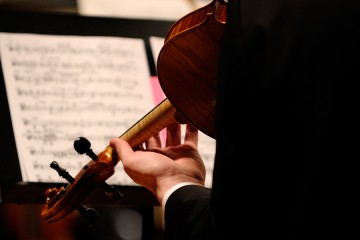